New York’s only branch of the controversial fried chicken sandwich chain Chick-Fil-A is located in an NYU cafeteria, but if a self-proclaimed Tea Partier running for State Assembly has his way  the restaurant will soon set up shop in South Brooklyn. As a response to City Council Speaker Christine Quinn’s letter asking NYU to close the campus Chick-Fil-A after the owner of the chain declared his opposition to same-sex marriage, Mr. Gallo sent a letter of his own. Mr. Gallo wrote to Dan Cathy, the president of Chick-Fil-A, saying, “I would like to invite your company to consider opening a Chick-Fil-A restaurant in southern Brooklyn.”

“I want you to know that Ms. Quinn does not speak for all New Yorkers. I and many of my neighbors agree with your views on traditional family units. But more importantly, I’m sure we all could agree that no one in government should tell anyone what to believe, who to support and how to spend our money,” Mr. Gallo wrote.

Along with Mr. Cathy’s declaration of support for “biblical marriage,” Chick-Fil-A has donated millions of dollars to anti-gay groups in recent years. In a statement accompanying his letter to Mr. Cathy, Mr. Gallo described opposition to Chick-Fil-A as the latest of many assaults on “free speech, free enterprise and job creation” perpetuated by New York City Democrats like Ms. Quinn and Mr. Gallo’s opponent in the 45th Assembly District, Assemblyman Steven Cymbrowitz.

“Christine Quinn wants to add political correctness to the growing list of licenses, taxes, requirements and fees already passed by Democrats like Steven Cymbrowitz that already burden our small businesses,” Mr. Gallo said. “I will not stand idly by and allow Quinn and Cymbrowitz to suppress free speech, free enterprise and job creation.”

Mr. Gallo’s statement describes him as “on record for supporting traditional family values,” but he doesn’t think the Chick-Fil-A issue isn’t about gay marriage.

“I and many of the people in the district agree with Mr. Cathy’s views on family, but that’s not the point,” said Mr. Gallo in his statement. “I sent a letter to Dan Cathy to invite him to open a Chick-Fil-A in the district because, unlike Quinn and Cymbrowitz, I respect our individual rights and freedoms.” 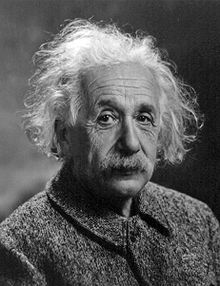