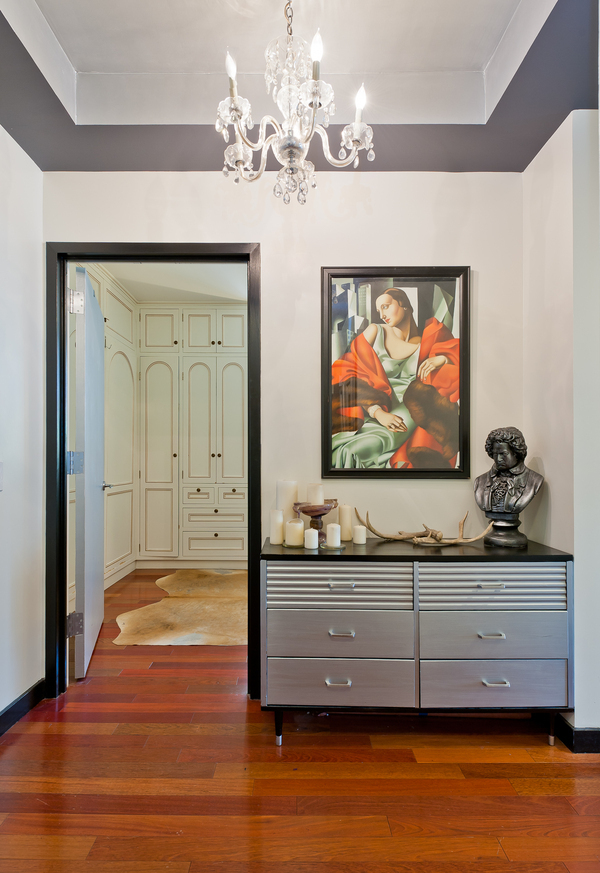 Through door #1 lies an amazing closet. It was literally built for a supermodel. 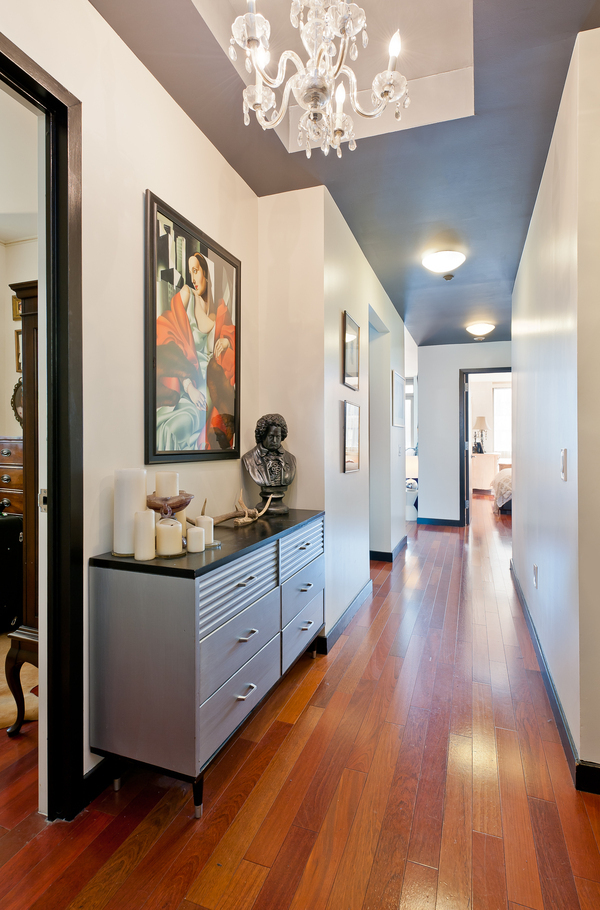 Looks to be a spacious two bedroom. 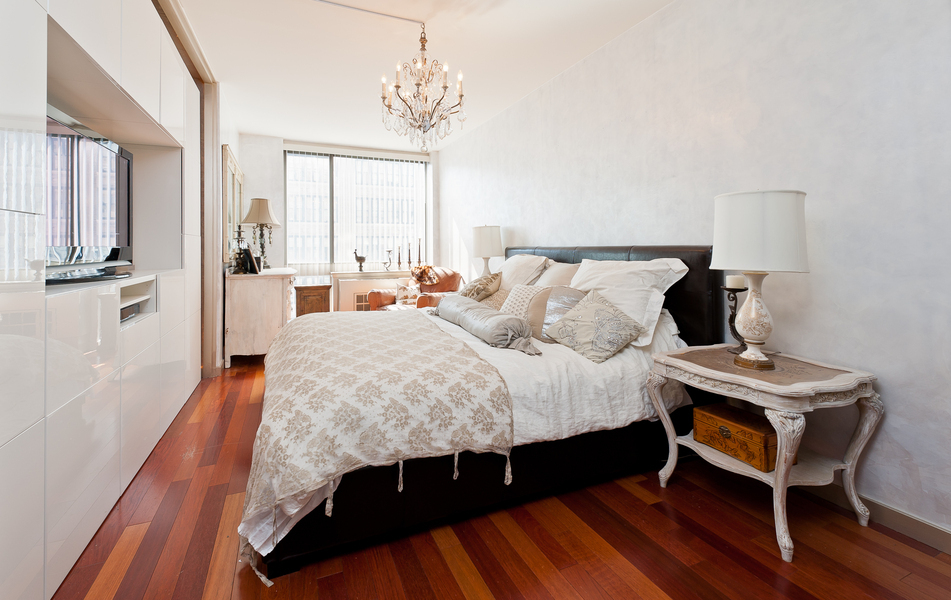 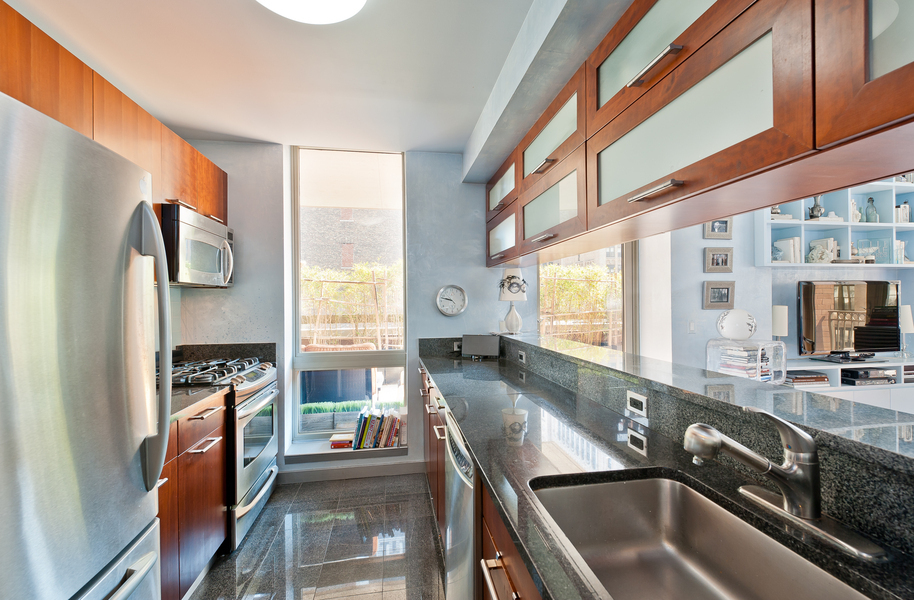 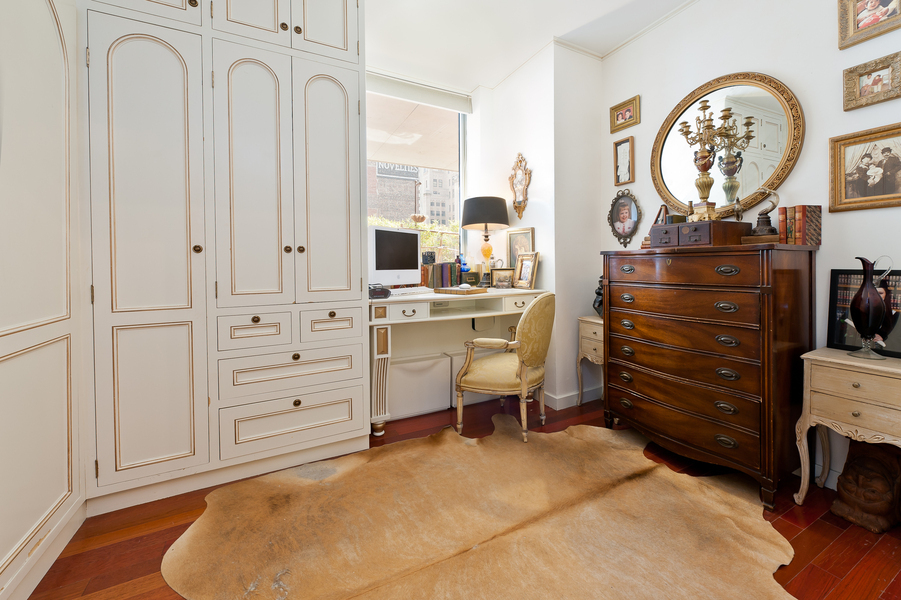 It does come with a pretty amazing custom-built closet. 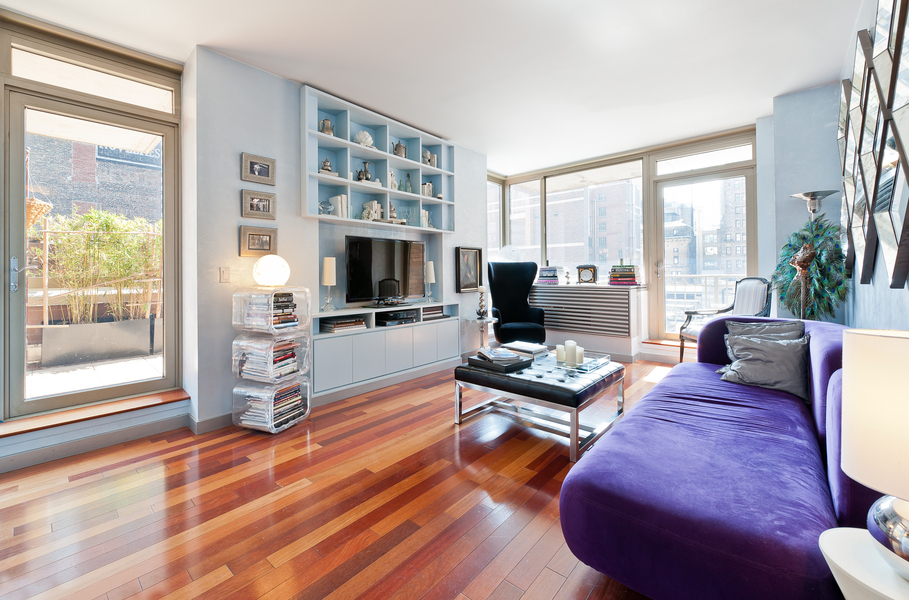 So much for a good investment: the apartment sold for the same price Ms. Rocha paid in 2008. 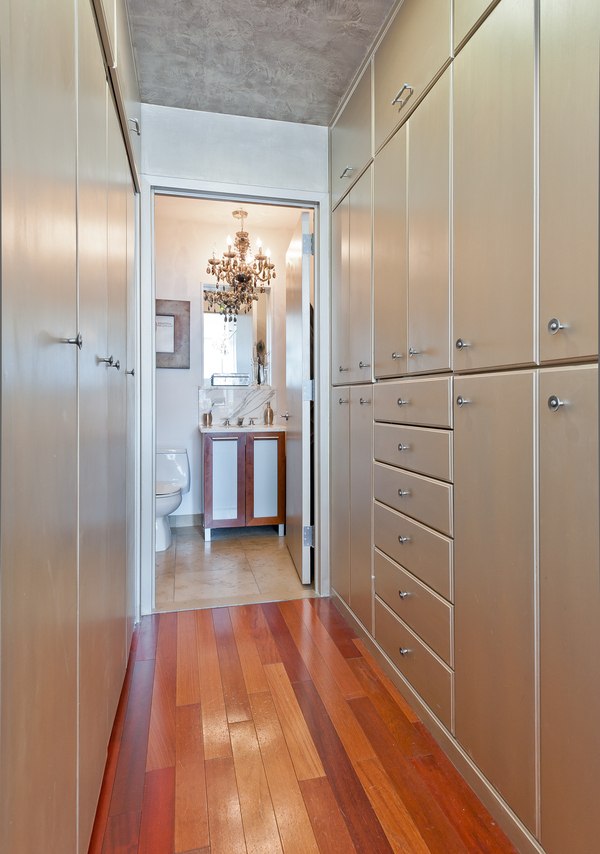 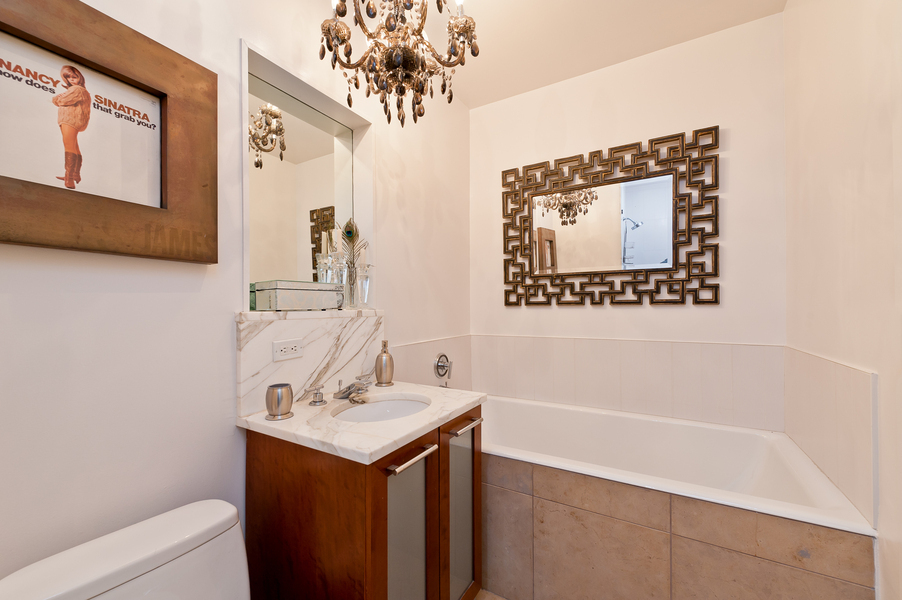 The bathroom is... compact. 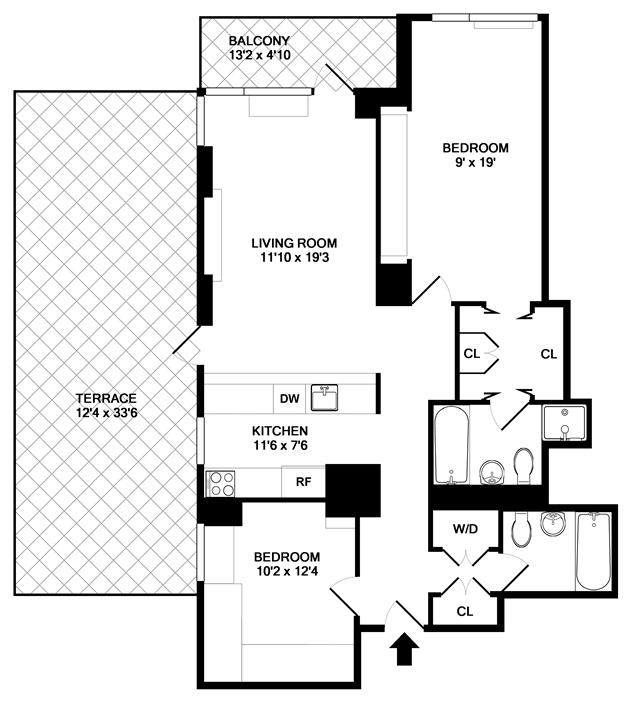 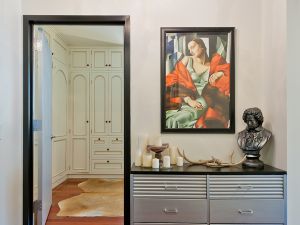 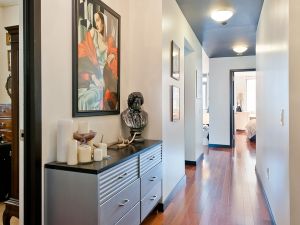 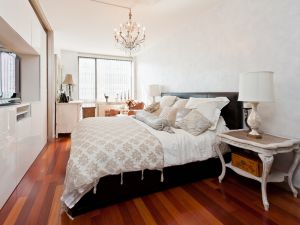 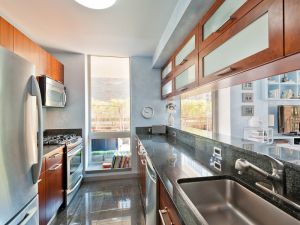 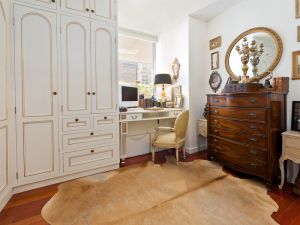 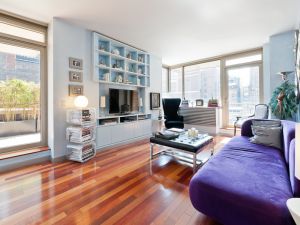 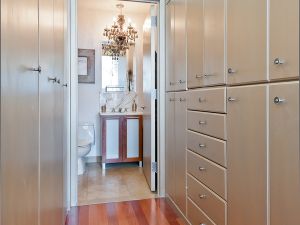 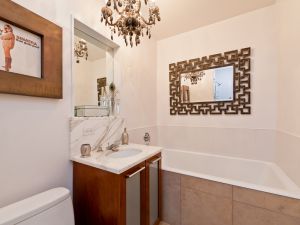 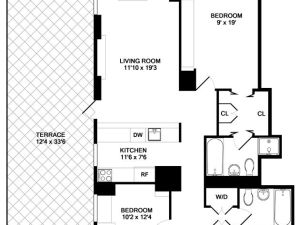 Although we all know that models look better in everything than we ever could hope to, most of us still chose to indulge in the pleasant fantasy that buying the garments they wear will, at least, convey a measure of the glamor that they possess on camera.

Alas, it appears that such delusional optimism does not extend to supermodels’ apartments. At least, Coca Rocha had one hell of a time offloading her two-bedroom Gramercy condo at 121 East 23rd Street, which finally sold for $1.51 million, according to city records.

After initially putting the property on the market in August 2010 in hopes of moving to Brooklyn, Ms. Rocha and husband James Conran got so sick of the constant showings that they decided to take a breather last summer. Brooklyn may have been their dream borough, but who could dream with buyers constantly tromping through one’s apartment?

“We took it off the market just because we had so many showings, and we got tired of tidying up and getting out of the house,” Mr. Conran told New York Magazine.

The ninth-floor apartment, listed with Heddings Property broker Kristine Hurd was most recently asking $1.55, although Ms. Rocha, eager to leave, was apparently willing to settle for slightly less than the $1.52 million she paid for it back in 2008. The buyers were Mark Jerz and Brad Gianiny.

Indeed, for reasons that remain unclear, the apartment was such a tough sell that not even a photo shoot in Vogue and being featured on the lifestyle blog ByrneNotice (publicity that most brokers can only dream about!) did not lure buyers. The Canadian beauty’s pad certainly looks lovely on camera. Besides lots of custom closets, the condo boasts a spa shower and ultra deep soaking tub (perfect for relaxing after a long day on the runway), a Murphy bed in the second bedroom for use as an office/guest room, a balcony and a large terrace.

Too bad the sale will probably leave Ms. Rocha smiling for the next few days—a career liability in the world of high fashion. Really, it’s almost as bad as eating enough food so that you don’t look like you’re starving to death.