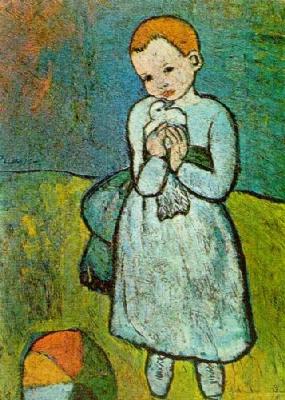 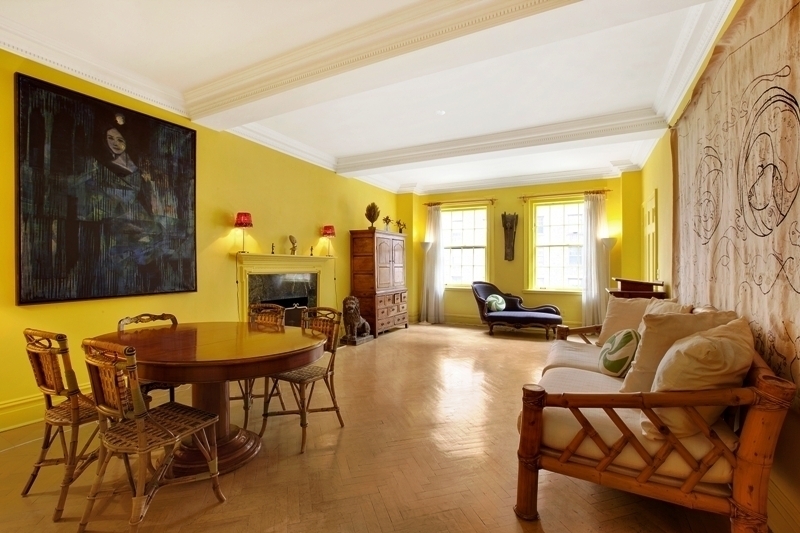 An excellent use of color. 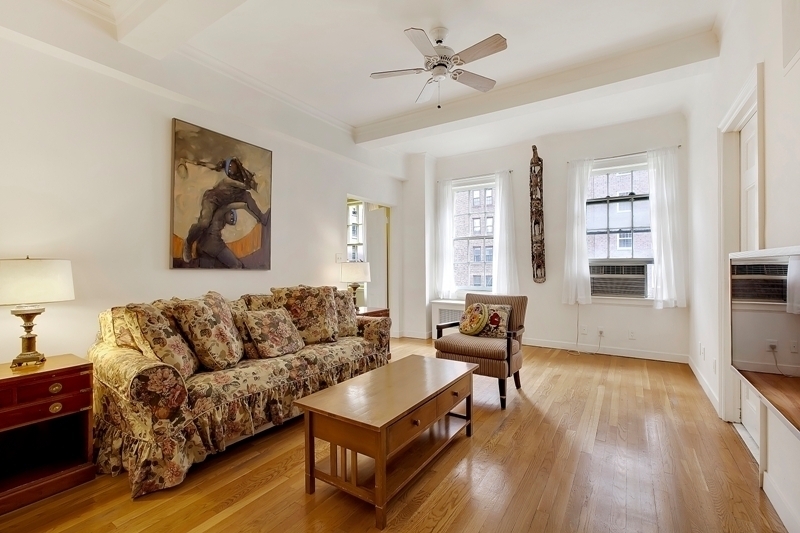 Strategic staging: many of Tanning's personal items have been removed, but the art remains. 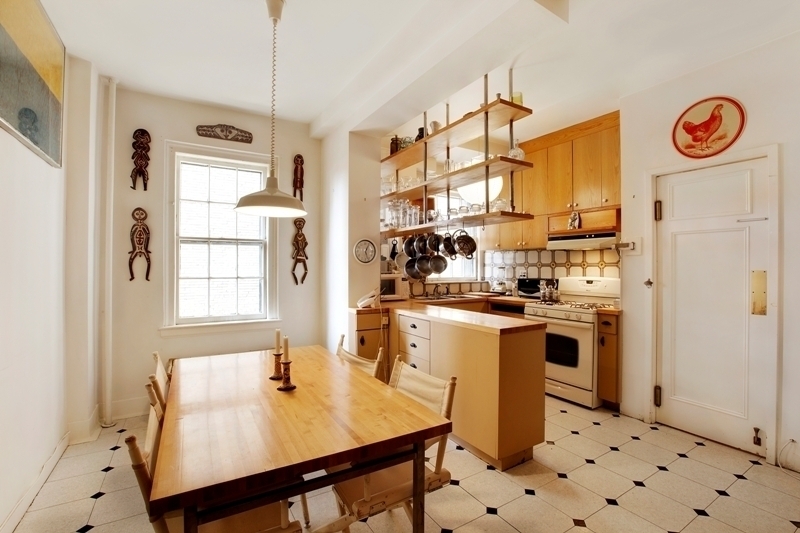 A New York kitchen that isn't dark and depressing.
Advertisement 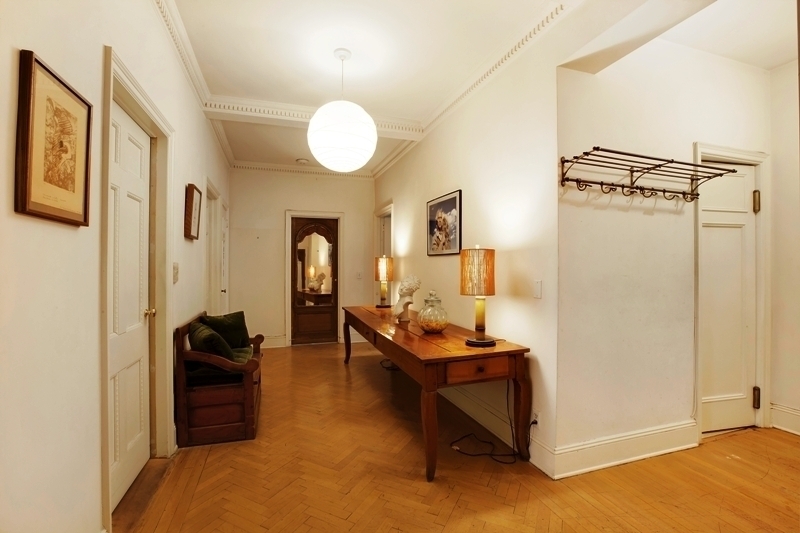 Plenty of space to leave your muddy boots/dump your mail. 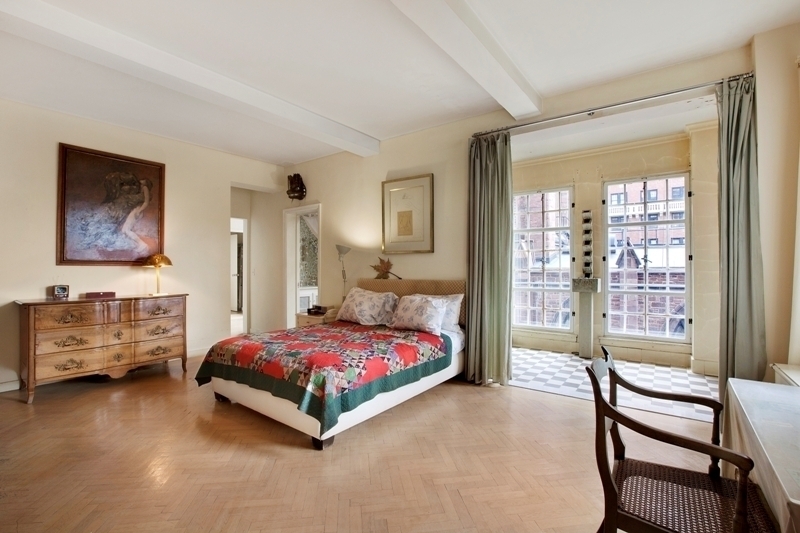 Spacious bedroom. Is that her painting over the bureau? 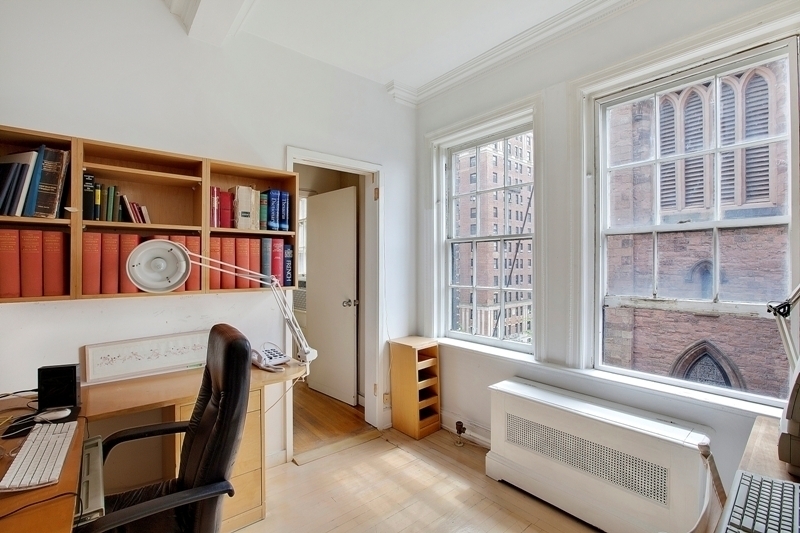 Where Tanning likely penned her memoir. 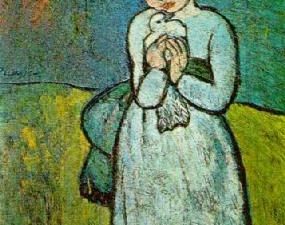 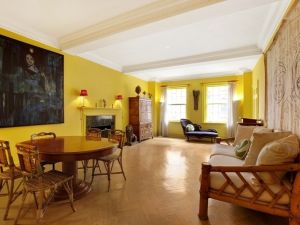 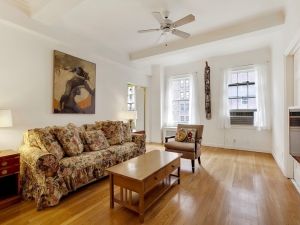 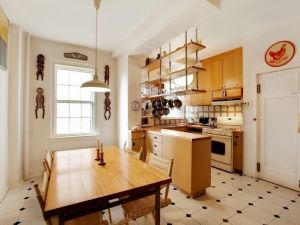 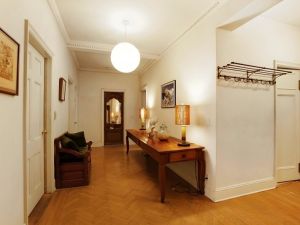 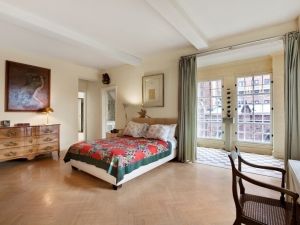 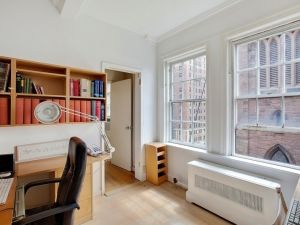 Unfortunately, the most exceptional features of the home—the Surrealist paintings of former occupant Dorothea Tanning—were not included in the $5.1 million sale to  Philip Munger, a New School professor and big-time Democratic donor.

Tanning, who died this winter at age 101, lived an existence that was, like her paintings, rather surreal. She moved to New York from the small town of Galesburg, Ill. in 1942, which she described as “a place where you sat on the davenport and waited to grow up” in her autobiography. She fell in with the surrealists, among them Max Ernest, who left Peggy Guggenheim to marry her in a double ceremony in Hollywood with Man Ray and Juliet Browner. After her marriage, Tanning continued to paint, as well as make fabric sculptures, ballet costumes for George Balanchine and seriously take up writing later in her life.

The six-floor Greenwich Village apartment that Tanning eventually settled on after Ernest’s death is far more more conventional than her life. A high-ceilinged space with good light, the apartment is located on the sixth-floor of a neo-Georgian building that was described by architecture critic Paul Goldberger as “… a Park Avenue Building that must have come loose in a storm and dropped anchor down here.”

Still, there are plenty of artistic—and one can see the furnished and decorated apartment in the listing photos posted by Janet Aimone Robilotti & Associates broker Kimberly Robilotti. It fetched a little under its $5.49 million ask and was sold by Mary Elizabeth Johnson, the executrix of Tanning’s estate.