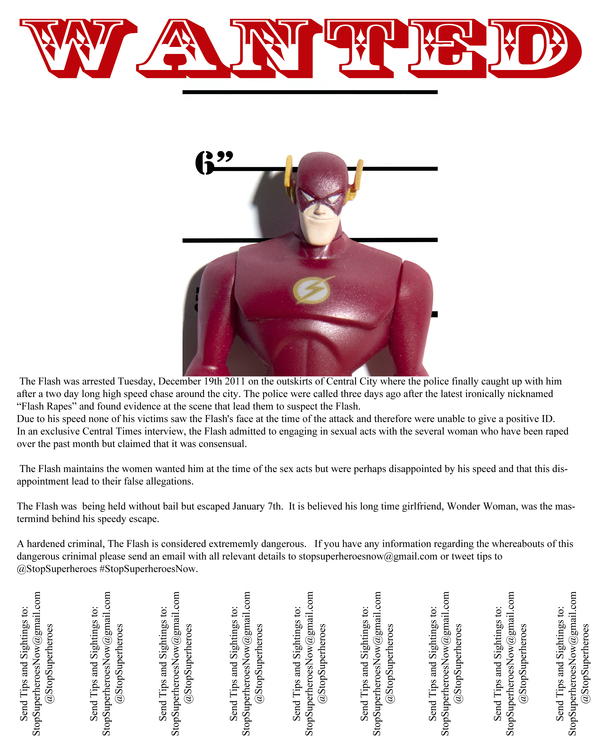 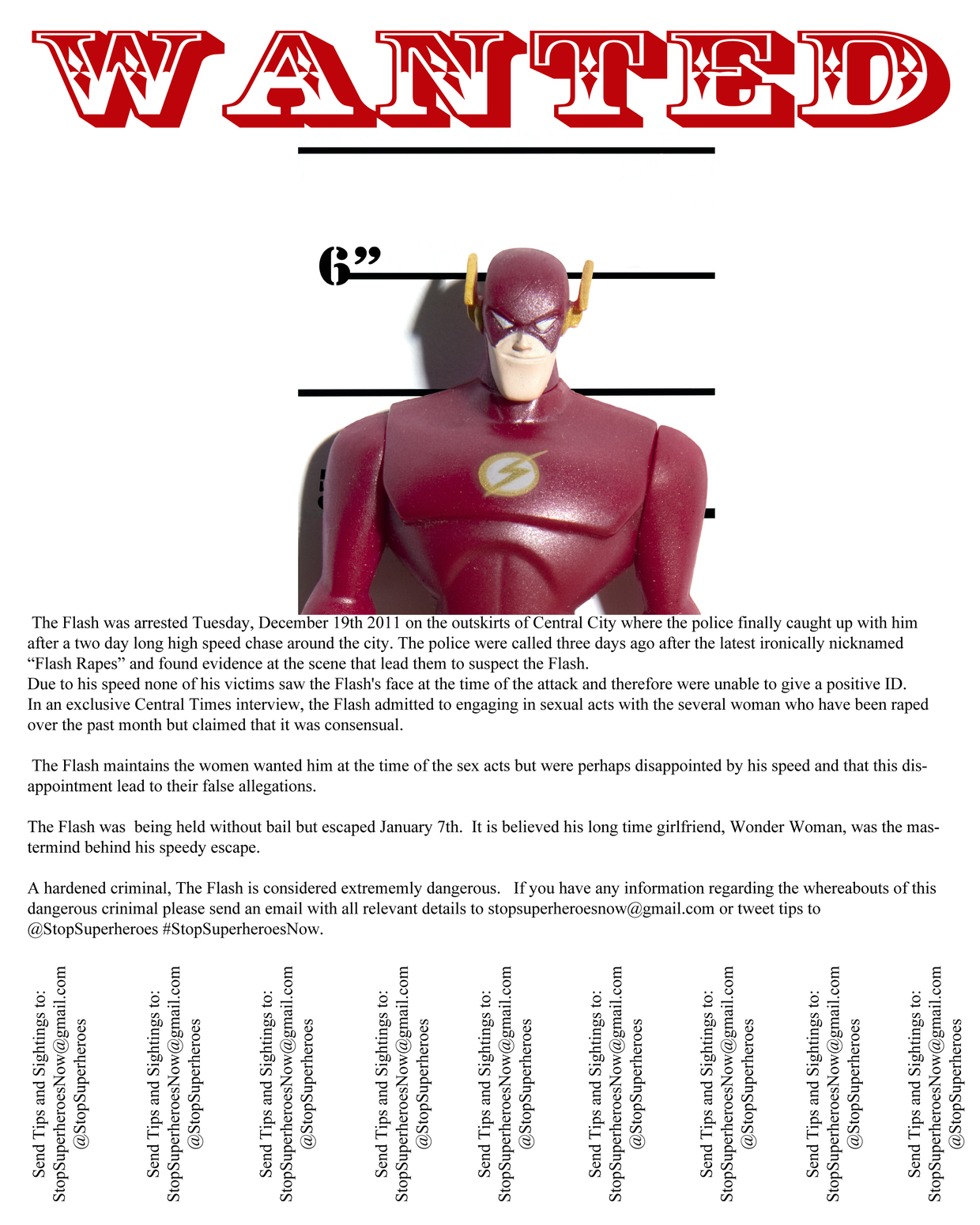 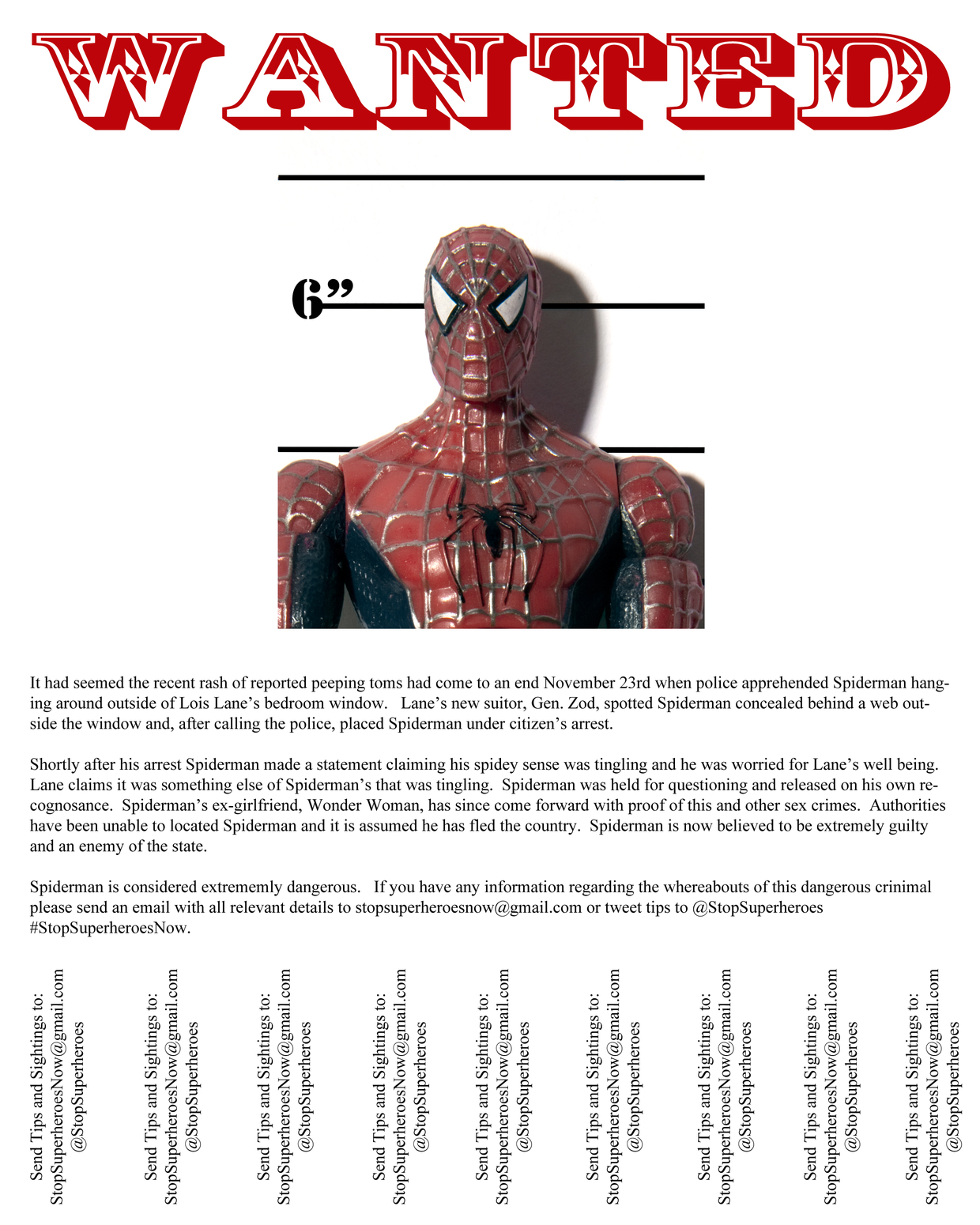 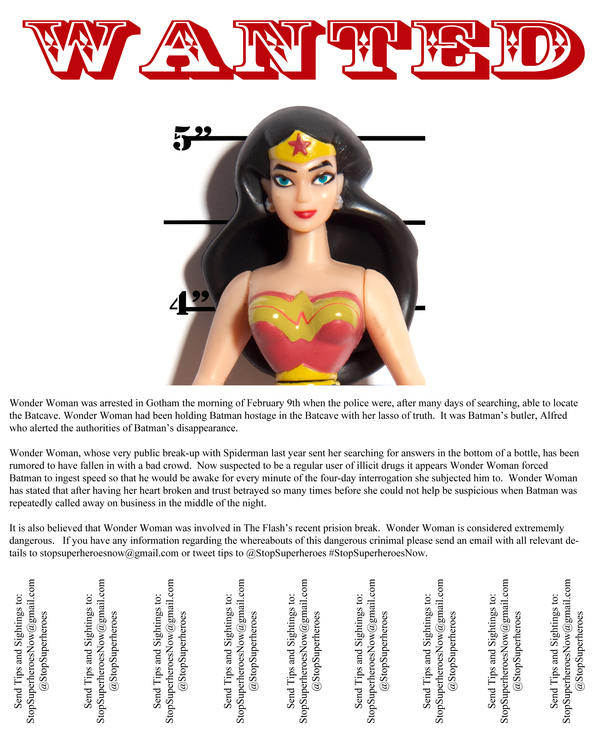 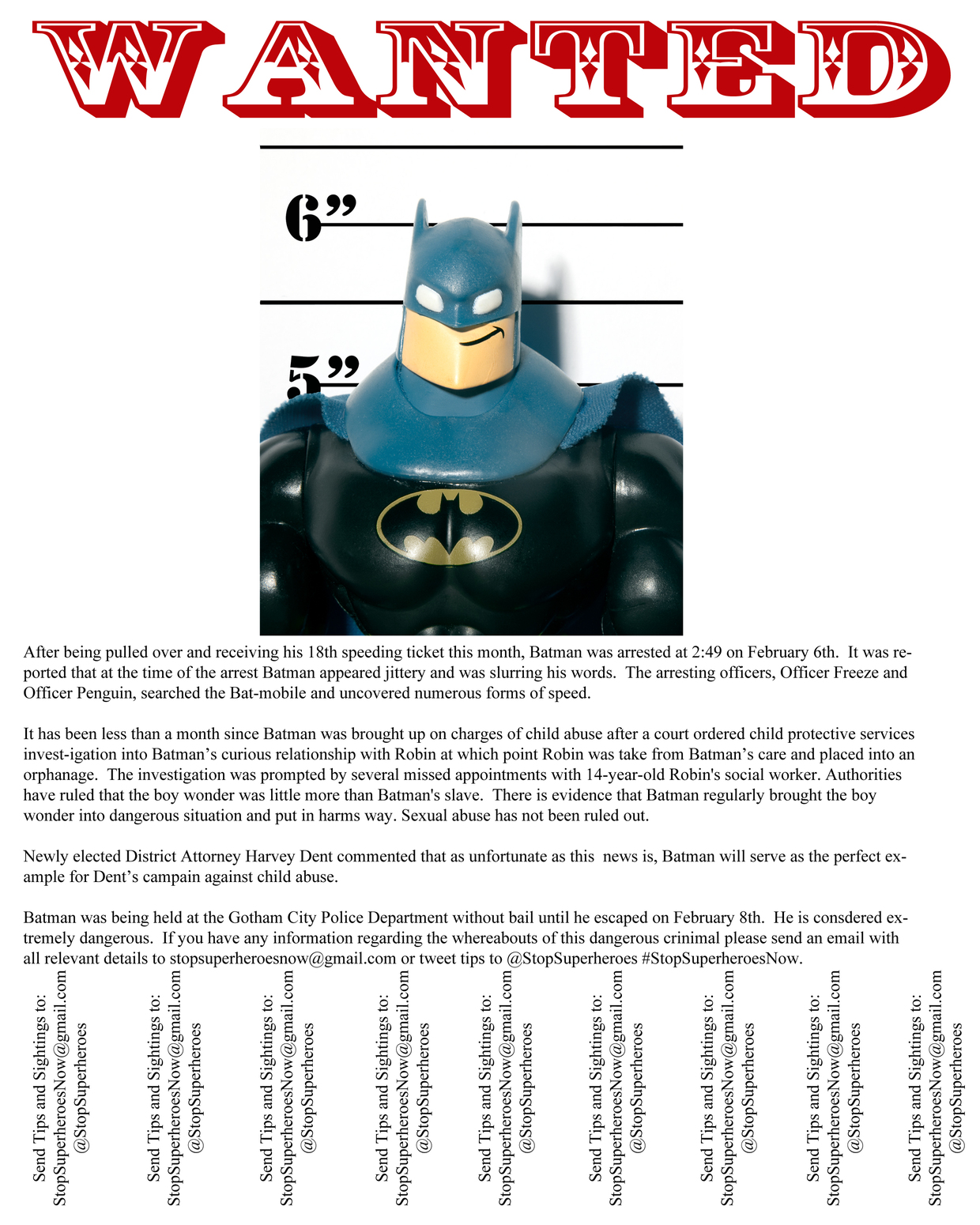 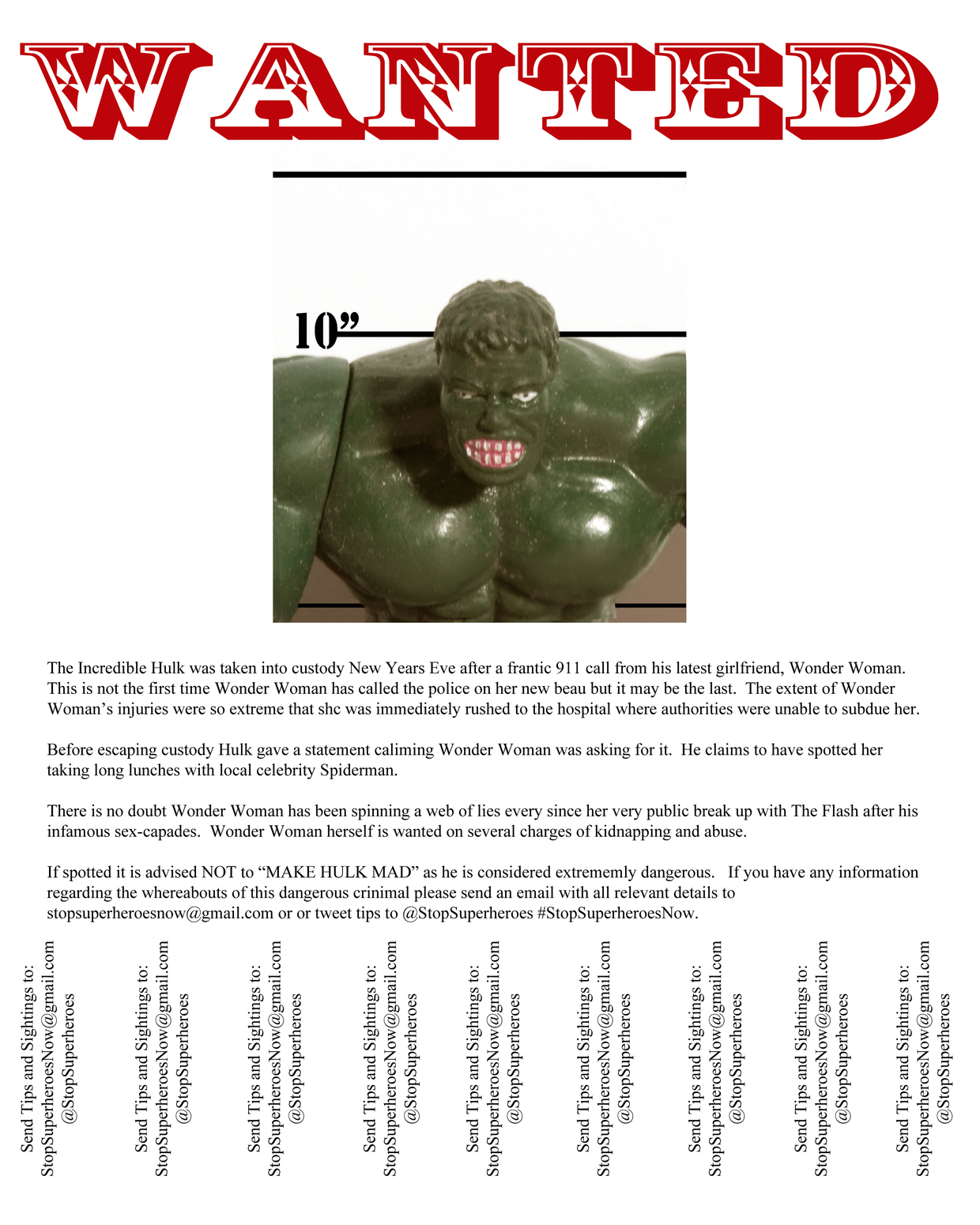 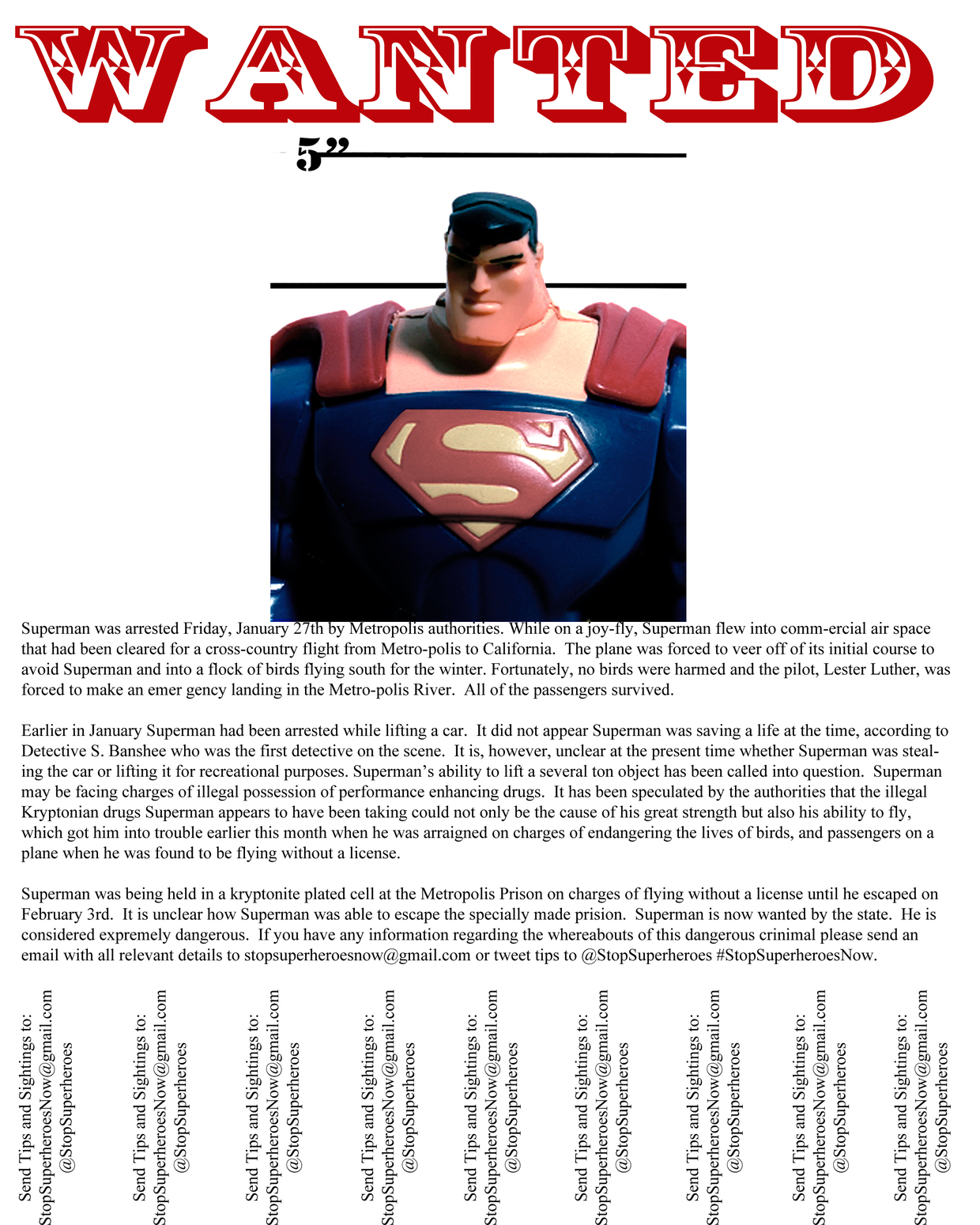 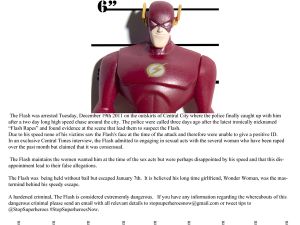 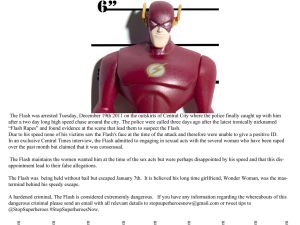 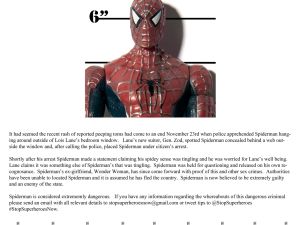 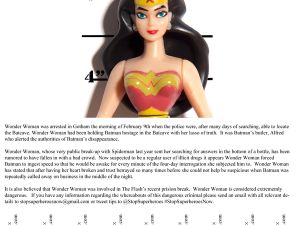 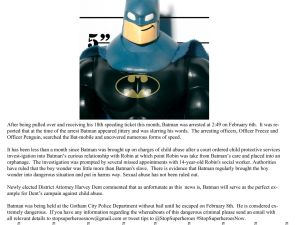 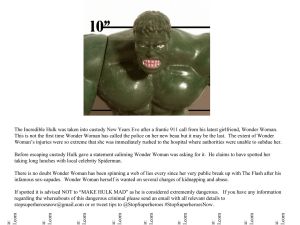 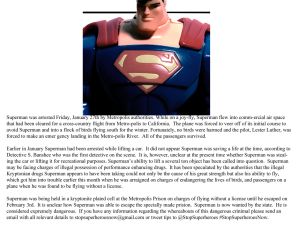 Every summer, studios seem to come out with another gritty reboot of a comic book classic that serves only to remind us how messed up these masked vigilantes actually are. Batman is a Howard Hughes-esque psycho with a martyr complex and an uncanny ability to cause so much damage to Gotham’s infrastructure that it’s not even worth the price of catching the bad guys; Spider-Man is a brooding, emo geek with an infected hand; Wolverine is an alcoholic with anti-social tendencies, and Tony Stark is just an alcoholic.

As Alan Moore once famously cribbed from Roman poet Juvenal: Who watches the watchmen? Today, SVA grad Skye Greenfield is papering the Lower East Side with Wanted posters for superheroes that go one step further, accusing our childhood heroes of the most heinous crimes imaginable.

“It started as a thesis project in college, when I would photograph the toys of a kid I was babysitting for,” Ms. Greenfield told The Observer by phone after we called the number listed on an enigmatic poster exclaiming “Stop Superheroes Now!” after accusing Spider-Man of stalking Lois Lane.

“But the project never felt finished, and after I graduated, it just hit me. I was creating this fantasy world where superheroes are outlaws. We live in the world where we villainize and criminalize the people who are supposed to be our role models.”

While not exactly a new concept–Christopher Nolan explored a similar theme in his Dark Knight reboots–Ms. Greenfield’s choice of medium was interesting. Why paper the town with flyers? Was this still part of an ongoing art project?

The 22-year-old admitted that she was currently just collecting the stories of people who sent in tips to the email address she provided on the sheets.

“The best one was this high school student,” she remembered. “He wrote this page-long story about all these horrible things he saw Superman do. They were ridiculous. He stole his grandmother’s fake hip, and he stole a Ferris wheel with full of orphans, but he couldn’t tell if the orphans were screaming or laughing. It was insane.”

Though based in fantasy, Ms. Greenfield’s work does have a message. “I want us to think about those bigger figures we look up to, and how we go along with whatever they tell us. From our parents to people on a podium, citizens believe whatever someone in a place of authority tells them.”

Despite this credo, Ms. Greenfield claims her work isn’t exceptionally political. “I just want people to join me in the quasi-fantasy world,” she said, before adding, “But if someone said they wanted to put me in a gallery or make a book about me, I’d be all for it.”

Click through to see the rest of the Stop Superheroes Now project.