For embattled Missouri congressman and Senate candidate Todd Akin, the reverse of the old rap song is apparently true and more problems = more money. According to Mr. Akin’s website he has raised over $10,000 from supporters after declaring his intention to stay in the Senate race in the wake of a massive controversy over comments he made on “legitimate rape,” pregnancy and abortion.

“Donations are pouring in. Thank you for standing up against the liberal elite,” Mr. Akin wrote on Twitter last night.

A counted on Mr. Akin’s website said, as of this writing, Mr. Akin had raised $10,638 since beginning a “still standing” campaign following his remarks. On Twitter last night, Mr. Akin said his goal was hitting “$10k to fight the liberal elite.” He also posted a series of messages blaming the “liberal elite” for driving a “a lot of negativity” his way and for pushing around and otherwise intimidating those in the pro-life movement.

“I apologized but the liberal media is trying to make me drop out,” he wrote.

Mr. Akin may have exceeded his initial $10,000 goal but he still has a long way to go to compete against his Democratic opponent, Senator Claire McCaskill. As an incumbent, even before this controversy, Ms. McCaskill already had far more money in her campaign war chest than Mr. Akin, who has lost the support of the Republican Party. According to the latest numbers, Ms. McCaskill has $3,465,846 at her disposal compared to Mr. Akin’s $531,559. 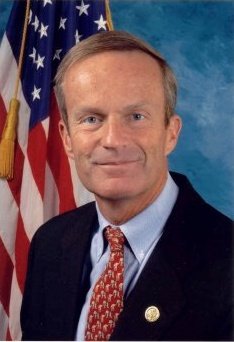