Amid the furor surrounding U.S. Rep. Todd Akin’s (R-Missouri) comments and calls for him to quit the Missouri Senate race, one person refrained from giving an opinion, either moral or political or otherwise.

Former Sen. Bob Torricelli (D-NJ) knows something about mistakes (his) and unforgiving nations (this one).

“It’s so dumb I don’t even want to be associated with it,” Torricelli said of Akin’s quote that “’legitimate rape’ doesn’t generally result in pregnancy,” and the Missouri GOP Senate candidate’s subsequent juggling act to stay on his feet in a maelstrom of demands that he retreat from his challenge of U.S. Sen. Claire McCaskell (D-Missouri).

In his own case, ten years ago, buffeted by cries for the damaged Torricelli to leave his contest with Doug Forrester, Torricelli initially dug in against headlines about his receipt of gifts from businessman David Chang, and reprimand by a Senate Ethics Committee.

He departed in early October, leaving Democrats to repackage the then almost octogenarian former Sen. Frank Lautenberg and bulldoze through a court battle with the GOP.

“I most certainly have made mistakes,” Torricelli told the cameras at the time of his exit. “… There will be those who concluded that those mistakes bring justice to this moment because there’s a price to pay. When did we become such an unforgiving people?” 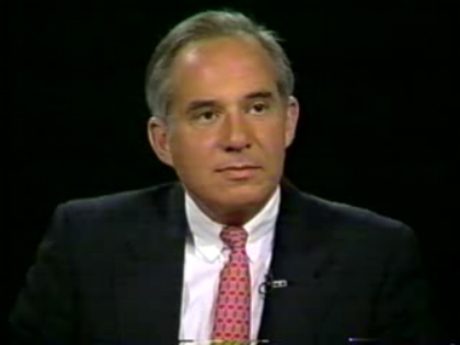