Putting on the Brake. (Tom Stoelker) Trade publications are usually a lucrative business, at least by print media standards. There is a niche audience typically willing to pay for special intelligence. But when the industry you cover is the hardest hit during the worst recession in generations, the model gets more complicated. So, too, does the coverage. So it goes downtown at The Architect’s Newspaper.

“There are fewer high-profile, high-design buildings to cover,” said Alan Brake, the managing editor. “Urbanism and public space stories have really filled the void, though. New York has been at the forefront, but there are fascinating projects happening all over the country.”

Mr. Brake will be taking over as executive editor at the end of the month, when Julie Iovine steps down. A veteran of The New York Times, she has led the paper for almost six years, including a vast expansion online that has seen considerable gains in web traffic, as well as the launching of new editions of the paper and conferences. Still, she said guiding the biweekly rag through the recession has been one of her most gratifying challenges.

“During the downturn, when the economy hit the skids, we started talking to people about the bad time they had been through in past recessions, people like Harry Cobb and Jim Polshek,” Ms. Iovine said. “Those were amazing, and we heard from a lot of people that they made their struggles feel a little bit easier.”

The paper was established in 2003 by Diana Darling, the publisher, and William Menking, the founding editor, who is also a professor of architecture at Pratt. Their friends in the profession often found themselves frustrated by the pace of architectural news, as the stories were only ever written when a project was first unveiled or after it had opened.

The Architect’s Newspaper sought to give a more timely account of the industry, covering the nitty-gritty, moment-to-moment details not only of design but the entire conception process. Covering community board meetings and NIMBY fights is almost as important as showing off the newest renderings and high-tech windows. (Well, almost. Architects still love those fresh renderings.)

After creating a successful paper covering New York City and the Northeast in 2003, A|N went the Crain’s route and launched a West Coast edition out of Los Angeles in 2007, followed by a Midwest edition from Chicago in 2009. A conference circuit on emerging architectural technologies was created three years ago.

(Excuse any hagiography: this reporter got his start as an intern at The Architect’s Newspaper and spent the first four years of his journalism career there.)

Mr. Brake said that his first order of business will be maintaining the paper with a staff of about a dozen editorial positions around the country. “I want to keep the ship steady,” he said. “Producing a paper a week with a small staff is always a challenge.” Within the print editions, Mr. Brake said, he wants to enhance the visual storytelling. “It’s always important to remember we write for a visual audience,” he said. “So I want to push for stronger art. Larger and more engaging images.”

He also wants to make more room for criticism in the paper. “There’s also been a lot of discussion both in the design professions and in the media about the state of architectural criticism,” Mr. Brake said. “Ideally, I’d like to review a significant new building, landscape or public space in every issue. There’s definitely a demand for criticism, based on the numbers we can track on the web.”

Online, the focus will be on maintaining momentum for the site, which has seen its traffic double in the past two years, as well as launching new newsletters for landscape architecture and urban design, two areas Mr. Brake said he is especially interested in.

Mr. Brake has been with A|N for five years now, starting out as an associate editor and writer while finishing up graduate work at Yale in architectural history. When the paper launched its Midwest edition, he became its editor. Earlier this year, he was named managing editor.

Ms. Iovine, who is moving to London for a spell, will be returning to writing about architecture full time. She currently writes a monthly column for The Wall Street Journal, which she will continue to do. “I applied for this fellowship for inventing the 21st century harbor city, and it went to someone doing a study on poverty in America, no surprise, but it got me teeter-tottering on writing, editing, writing, editing, and I decided I wanted to go back to writing,” Ms. Iovine explained.

“We will miss her but are excited that a new generation of writers and editors under Alan’s leadership will rethink how we write about the world of architecture and design and deliver this content to the public,” Mr. Menking said. 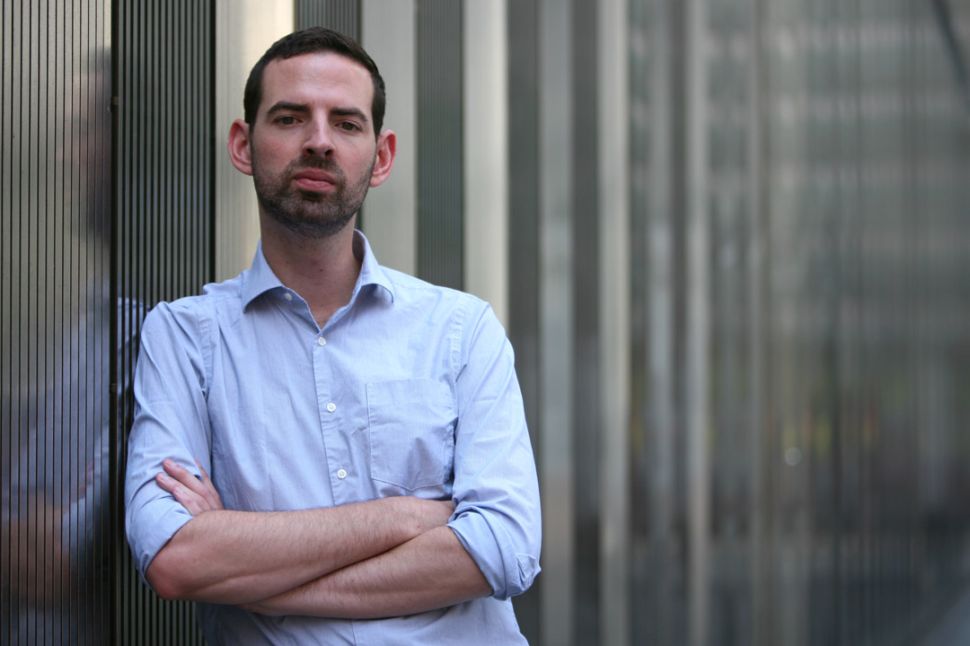