ST. PETE’S BEACH – Bleary-eyed delegates were talking about the lack of action here when suddenly two protesters occupied the center of the Majestic Ballroom here at the Sirata abd began a loud, animated chant, “We are the people, too, we are the people, too!”

Weary heads lifted from their breakfast plates to try to gauge the source of angst.

Were these Tea Party people?

The room filled with the raised voices of a counter-offensive, as the NJGOP started yelling, “Romney, Romney, Romney!”

Men with T-shirts with the word “security” printed on back escorted the two protesters from the room amid applause.

“Did Republicans pay those guys to do that to liven things up?” he asked NJTV dean Michael Aron. 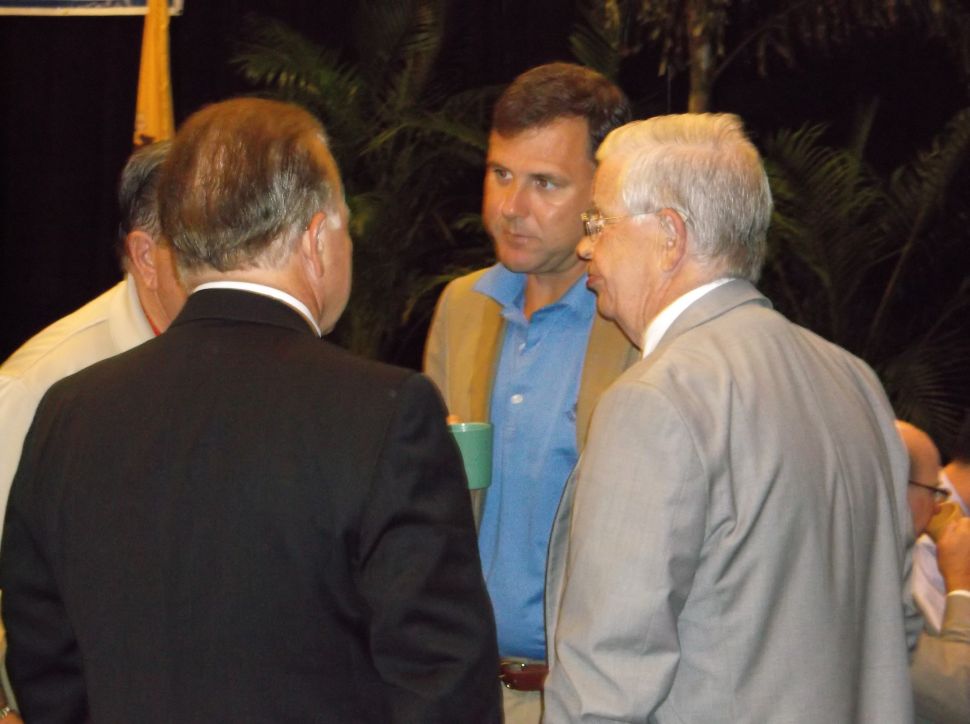