He was just trying to help out those without health insurance! A Mount Sinai Medical Center urologist was charged yesterday with unlawful surveillance in the second degree after he was caught allegedly looking up ladies’ skirts in Union Square.

On Wednesday, a sharp-eyed minister using his sinning sonar followed highly-rated urologist Dr. Adam W. Levinson off of the 4 train after he saw the gentleman mussing with his newspaper. The fumbling doc was discreetly hiding a super spy pen camera; bending down to look up women’s summer-wear.

The minister, Sheldon Birthwright of New Life for Better Living Christian Center in The Bronx immediately alerted Union Square authorities to the creep. Unfortunately, according to The New York Post‘s account of the events, Minister Birthwright lost sight of Dr. Levinson after grabbing some cops. The minister on a mission was not deterred: as a man who had spent 18 years in the security industry and TSA, he was able to locate Dr. Strangelove hiding behind a pillar on the L train platform.

The New York Times‘ makes no mention of Minister Birthwright’s divine intervention in the proceedings, saying:

(Levinson was) observed by a transit police officer at 5:15 p.m. holding a newspaper under the woman’s skirt with a pen containing a tiny video camera clipped onto the newspaper, according to a criminal complaint.

The video pen retrieved by police included clips shot from underneath women’s skirts. Dr. Levinison has since been suspended by the hospital, despite the digital “Compassionate Doctor Recognition” award given to him two years running on PatientsChoice.Org. Minister Birthwright, the unsung hero of the day (except by the Post) rode off into the underground sunset of the uptown local track. 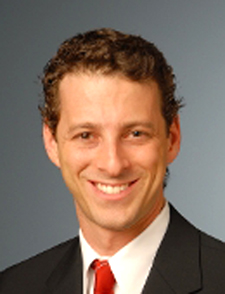