Two weeks ago, 19-year-old actor Ezra Miller gave Out Magazine a “candid” interview and revealed that he was homosexual. Sort of.

We’re not sure if the small amount of fanfare that trumpeted this admission was due to our culture’s gradual acceptance of alternative sexualities, or because anyone who has seen Mr. Miller outside of a movie would find it weirder if the Perks of Being a Wallflower actor announced he was straight.

“I’m queer,” he says, simply. “I have a lot of really wonderful friends who are of very different sexes and genders. I am very much in love with no one in particular. I’ve been trying to figure out relationships, you know? I don’t know if it’s responsible for kids of my age to be so aggressively pursuing monogamous binds, because I don’t think we’re ready for them. The romanticism within our culture dictates that that’s what you’re supposed to be looking for. Then [when] we find what we think is love — even if it is love — we do not yet have the tools. I do feel that it’s possible to be at this age unintentionally hurtful, just by being irresponsible — which is fine. I’m super down with being irresponsible. I’m just trying to make sure my lack of responsibility no longer hurts people. That’s where I’m at in the boyfriend/girlfriend/zefriend type of question.”

It’s not that Mr. Miller identifying as “queer” is strange…it’s that he’s identifying at all. He’s such a (very) young, bizarrely awesome technicolor dream coat of weirdness that we expect he falls somewhere between “Space Alien” and “Magic Raccoon” on the Kinsey Scale. “Candid” doesn’t really come to mind reading that interview. “Crazy-ish” does.

That’s the term Stephen Chbosky’s uses to describe Mr. Miller in Paper Magazine‘s recent article accompanying a giant cross-dressing photo spread. It should be noted that both Out and Paper published their profiles on the same day; Paper makes no note of Mr. Miller’s sexuality, except that he was “game to play gay” as Patrick in Wallflower. Which really must have chafed Paper‘s editors.

And although The Perks of Being a Wallflower writer feels the need to qualify his admission–“What I mean is, that boy is lightning in a bottle. And I don’t know if the bottle could ever be big enough for him.”– this is not so much a revelation as it is a “Sure, why not?”
After all, this is the boy who once answered the question of “What do you want to be when you grow up?” with “A red pillar.” He wants sentient, evil jellyfish to invade Earth. When asked if he identified with real life characters, responded, “No. Not Vanilla Ice.”

One time, Ezra Miller showed The Observer what was in his pockets after a movie screening. It was a rubber frog. He was wearing small antlers as a necklace. (Though both those items are also noted in Paper‘s piece, so maybe we’re the dupes.)

On another occasion, he showed up for a Q&A at the Angelika in a giant blue fur coat with a walking cane. Ezra Miller is a flamboyant freak show…and we mean that in the best way possible. His sexuality–which, knowing Mr. Miller’s fickle and strange responses to the press, might change by the time he gets another profile–is probably the least interesting thing about him. Ezra Miller’s most identifying trait is that he’s a teenager. And teenagers are weird.

Now, if only he stays on the “quirky” side of the fence and doesn’t fall face-first into the (James) Francophelia of pseudo-intellectual “Look at me! I’m so weird!” meta-crap, he’ll be fine. 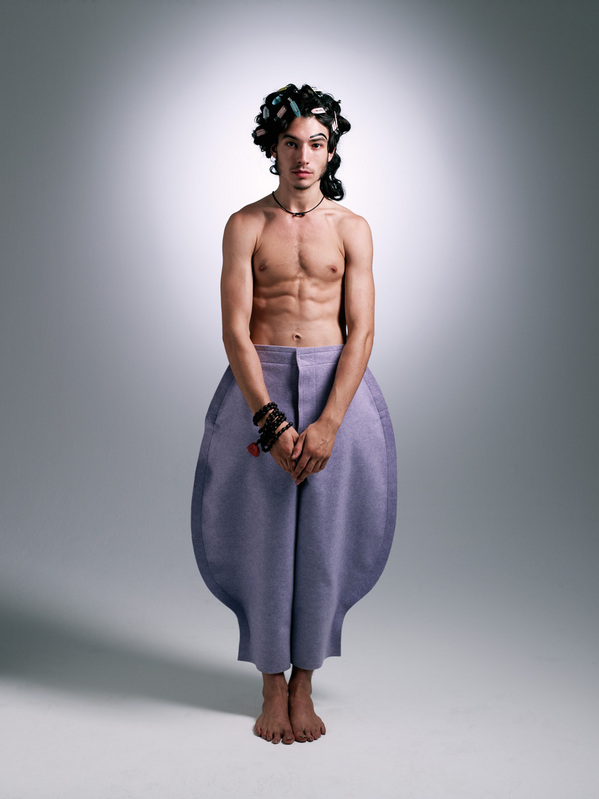