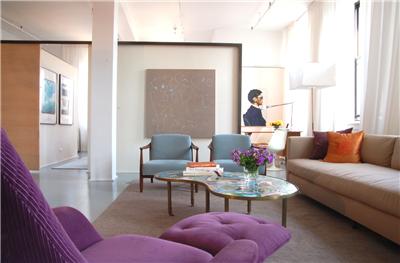 Does the apartment come with that chair? Because it looks awesome. 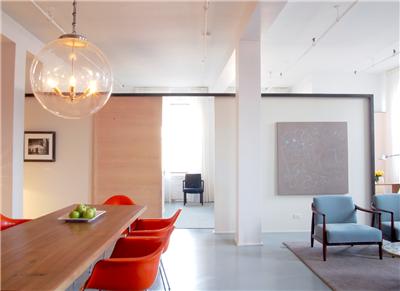 Have all your artist friends over for dinner. 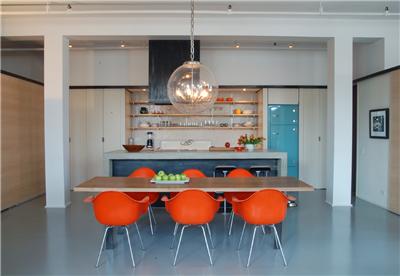 Another view of the dining room table. 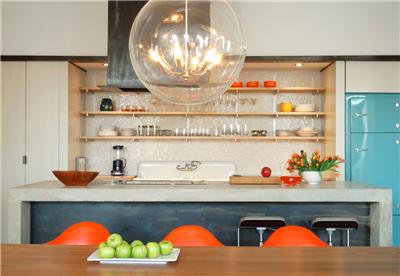 And here it is again.
Advertisement 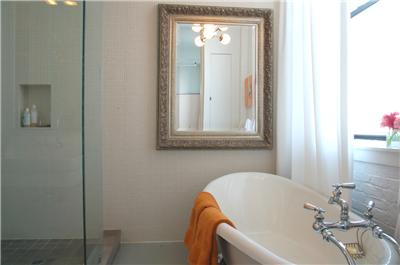 The bathroom. Unfortunately, you only get one. 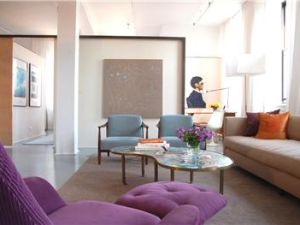 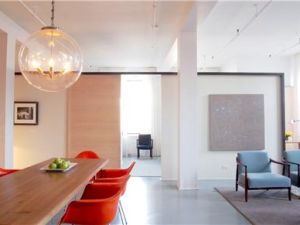 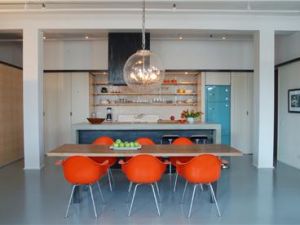 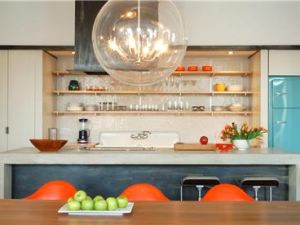 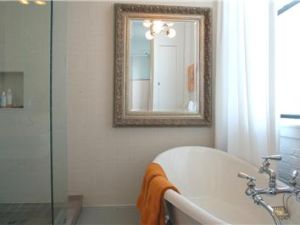 Back in 2004, Williamsburg was well on its way to becoming the center of upscale hipsterdom that it is today—a place where the city’s young and wealthy can cross the East River to sip artisanal cocktails at the Wythe Hotel and roam the many “made in Brooklyn” boutiques looking for the perfect paper-thin t-shirt.

But in 2004, it was still a place where you could buy a roomy loft in an old industrial building for $675,000—what two Manhattanties paid for a a 1,400-square foot loft on the second floor of 119 North 11th Street. Now the condo is on the market for $1.29 million, listed with Weichert Mazzeo broker Maria Goretti.

“You couldn’t get that kind of space in the city for under a million dollars,” Ms. Goretti, who also sold the apartment to its current owners, Michael Hofeman and Andrew Arrick, told The Observer.

And now you can’t get that kind of space for under a million in Williamsburg, The Observer pointed out.

“No, you can’t,” replied Ms. Goretti with a chuckle.

The owners did do a full renovation on the loft. They were savvy, we suppose, to the neighborhood’s impending shifts and the fact that when and if they sold they would competing with properties like The Edge and the Finger Building for well-off Manhattanities looking for an industrial, artsy vibe but unable to afford SoHo or the Meatpacking District. The loft’s open layout, partitioned off with large, unfinished maple panels was even featured in Elle Decor magazine.

Ms. Goretti noted that it is one of the few industrial conversions in the area, unlike the old-single family houses that are often hollowed out to make impressive pads with less-than impressive exteriors, or the new, glassy condos that seem to materialize with the morning dew.

“It’s very interesting to see how people create a look of money in a borough where there never was one,” she remarked.