The co-chair of the Democratic Party platform committee will have a speaking role next month at the Democratic National Convention in Charlotte, according to the Obama Campaign.

A higher education restructuring bill signed into law this week by Gov. Christie enables New Jersey’s state university to absorb almost the entirety of UMDNJ. In South Jersey, Rowan will receive the Stratford portion of UMDNJ as it strengthens its standing as a research institution.

The departure of Jackie Cornell-Bechelli for field operations in Pennsylvania enabled the veteran operative to step up and become New Jersey statewide director of Barack Obama’s re-election.

The onetime Statehouse reporter for the Philadelphia Inquirer who later covered the Eagles for the paper returns to politics as the Inquirer’s beat reporter assigned to Washington, D.C.

After a successful run as managing editor of the Hackensack Chronicle, the veteran reporter took a job as supervising reporter for NJ.com’s new Monmouth bureau.

An Essex County Superior Court judge ruled that the former Newark Mayor and state Senator violated state campaign finance laws when he took $94,004 from a campaign account to pay for criminal defense costs. Superior Court Judge Harriet Klein ruled that not only must James repay the $94,000 but he also was fined $30,000.

The Missouri GOP congressman running against U.S.  Sen. Claire McCaskell (D-Missouri) continues to put his party in a defensive posture as he fights to stay in the race and simultaneously explain dumb comments about rape and pregnancy that he made. Gov. Chris Christie this week called on Akin to resign.

The Democratic State Party chairman who sponsored the state higher education restructuring bill in the Assembly was not invited to the ceremonial bill signing this week.

Responding to a state Comptroller’s report, Gov. Christie personally bashed the Monroe Mayor as “disgraceful” for receiving $100,000 in incentive bonues as executive director of the Middlesex County Improvement Authority.

The embattled West New York mayor pleaded not guilty at his arraignment in federal court this week to three counts of computer hacking, but his appearance in court stirred more public questions about whether it’s time for him to resign.

The Township of Woodbridge

On Saturday the town will lay to rest Ernest L. Oros, a Republican who served in the Assembly from 1992-1996. 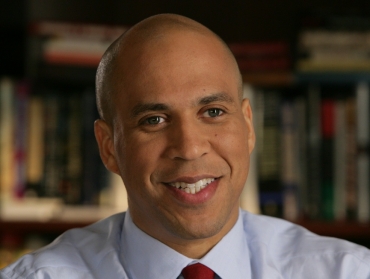