Cutbacks at hip-hop magazine XXL, Barry Diller gets ’bout About, Pat Kiernan’s revenge narrative, Tina Brown’s tour of the woodshed, and the reason we will never, ever, ever be invited back on RT/Russia Today, at least for the 8 p.m. hour. All of this and more in your Tuesday Evening Media Briefs:

XXL Goes XL: Multiple sources familiar with the situation told The Observer that hip-hop magazine XXL is cutting back to “XL” (figuratively, but also, kind of literally). No, it won’t be changing its name, but the 15-year-old magazine will be trimming down its publication schedule from nine to to six issues a year. It’s another tough blow to music media in recent weeks, coming on the heels of the recent BuzzMedia acquisition of Spin (and subsequent layoffs that hit 11 of that magazine’s 36 staffers). Along with the reduction in yearly newsstand appearances, XXL also experienced cutbacks on the editorial side, having hedged two staffers from the magazine recently.

XXL’s publisher Dennis Page indeed confirmed the newsstand cutback to six issues, as well as the staff cuts, but went on to explain that there would be no further layoffs there: “We’re pretty much set for quite a while, but it is a rough environment. There’s a big move to digital,” but, he added, “we’re still very much a newsstand publisher. We’re still the number one selling music magazine (single copy) on the newsstand,” which is accurate via an end-of-year 2011 audit (their first-half 2012 newsstand numbers are still under audit). So: If that is the case, why the cuts to the staff and regularity of the magazine, then? In Page’s words: “It’s just the economy, and all the related factors.”

Barry Diller’s Bid To Buy About.com, Dot Com: Reuters’s Peter Lauria and Jennifer Saba are reporting that IAC chief Barry Diller is reaching into the war chest to compete with Answers.com for the purchase of About.com to the tune of $300M, three hundred million dollars, or $300,000,000.oo. Let that sink in for a moment. Also, this: “There are still interested buyers who feel that the $280 million price is low and can be easily matched.” Shameless domain squatters everywhere are inspired. [Reuters]

Pat Kiernan’s Revenge Narrative Begins … Now: That spot that NY1’s Pat Kiernan was supposed to occupy next to Kelly Ripa as the new co-host of Live, With Kelly? It’s going to former New York Giant Michael Strahan. Which: Huh? And that’s how the world works, we guess. The beloved Kiernan will get his Big Time shot soon enough. Or turn into Bane. Hopefully the former. [TMZ]

TINAWEEK! How serious is Tina Brown? And how serious of a question is that as anything but rhetorical? Tom McGeveran goes in: “Tina Brown is dressing up [Niall] Ferguson’s failure as a provocation and conversation-starter.” There’s plenty more real talk where that came from. [Capital New York]

Primetime Gets Jimmy’d: So how did Jimmy Kimmel get his 11:30 spot that “Nightline” previously occupied? Simple: He wanted it. TV Newser hears he demanded it in his contract. [TV Newser]

Jay Gets Primetime’d: Speaking of network late-night—something so traditionally blasé and watered-down in its current state that we generally try to avoid that kind of thing altogether here—Jay Leno created the first compelling moment on his show in recent memory by laying into NBC’s parent company, Comcast. It’s actually a fairly decent joke. [Media Decoder]

Brûlé Torch Needed: If you, like the rest of the world, are convinced that the reader Monocle magazine aspires to cater to doesn’t exist in any other iteration besides editor Tyler Brûlé, and that most people just buy it to appear ostensibly worldly, this back-and-forth between Andrew Goldman of the New York Times Magazine and Brûlé …

I don’t know anyone like the people in Monocle, your current magazine, wearing exquisite clothes and traveling to exciting places constantly.

“Maybe you’re not meeting them because they’re all in London on their way to a boat in the South of France to sail to Croatia. They’re out there, trust me.”

… will do nothing to convince you otherwise. Just because this guy was shot in the hand does not mean you should trust him. You know who else got shot up and wanted you to trust him? Exactly. [NYT Magazine]

“Everyone Has His Asking Price.” Finally, if you’ll allow a moment of the self-referential stripe, this writer was on Russia Today last night discussing Mark Ames and Yasha Levine‘s S.H.A.M.E. Project, and their ethics hunting expedition for NPR’s “Planet Money”host Adam Davidson.

Brief background: Ames and Levine found that the sponsor of “Planet Money,’ Ally Bank, had lobbied against the Consumer Financial Protection Bureau prior to its creation, which Elizabeth Warren acts as a special adviser to. Davidson once famously and erratically conducted a notoriously hostile interview with Warren in the lead-up to the Bureau’s creation, leading Ames and Levine to cite Ally’s sponsorship of “Planet Money” as an insidious conflict of interest.

As it turns out, Ally Bank sponsored the hour of Russia Today that we were on last night, which, beginning at 6:03, we helpfully tried to point out …

… all of which goes to say that (A) Why did we blink so much? And (B) everything is tied together, and all money and media share some figurative protoplasmic goo in one way or another, and everything will one day just evaporate. It also yielded one of the most odd and wonderful disclosures CNBC will ever publish—ever—courtesy John Carney, with who this writer is (full disclosure) part of a terrible media conspiracy of linking back to one another that has yet to find a sponsor as moneyed as Ally Bank. [NetNet/CNBC]

That’s more than enough for today. Tips, disclosures, funny fortune cookies, Formsping.Me questions for Elizabeth Spiers and anything else, just send it right this way. 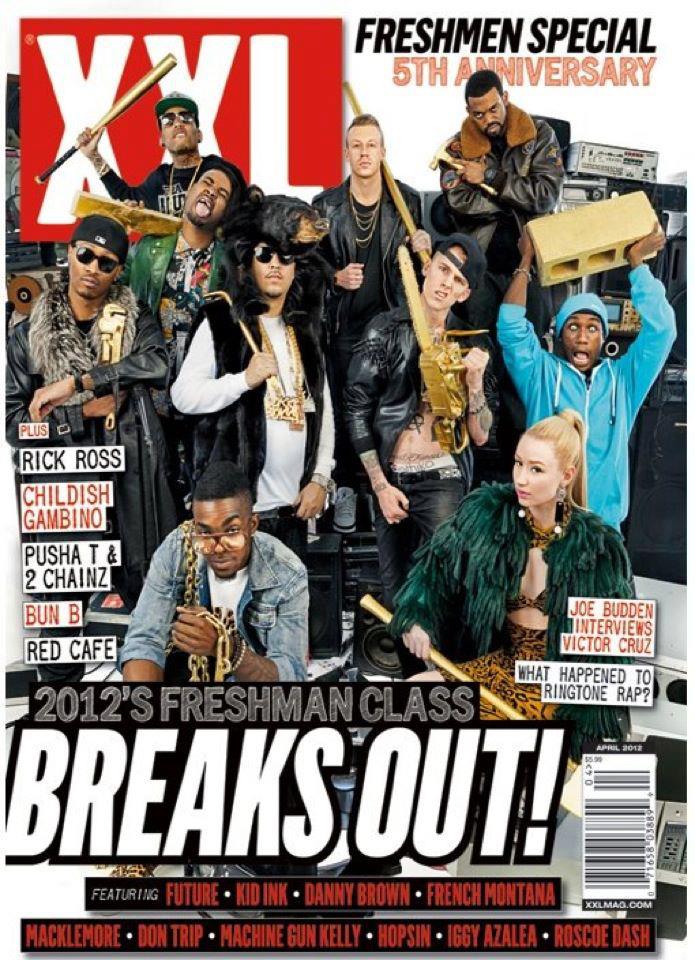