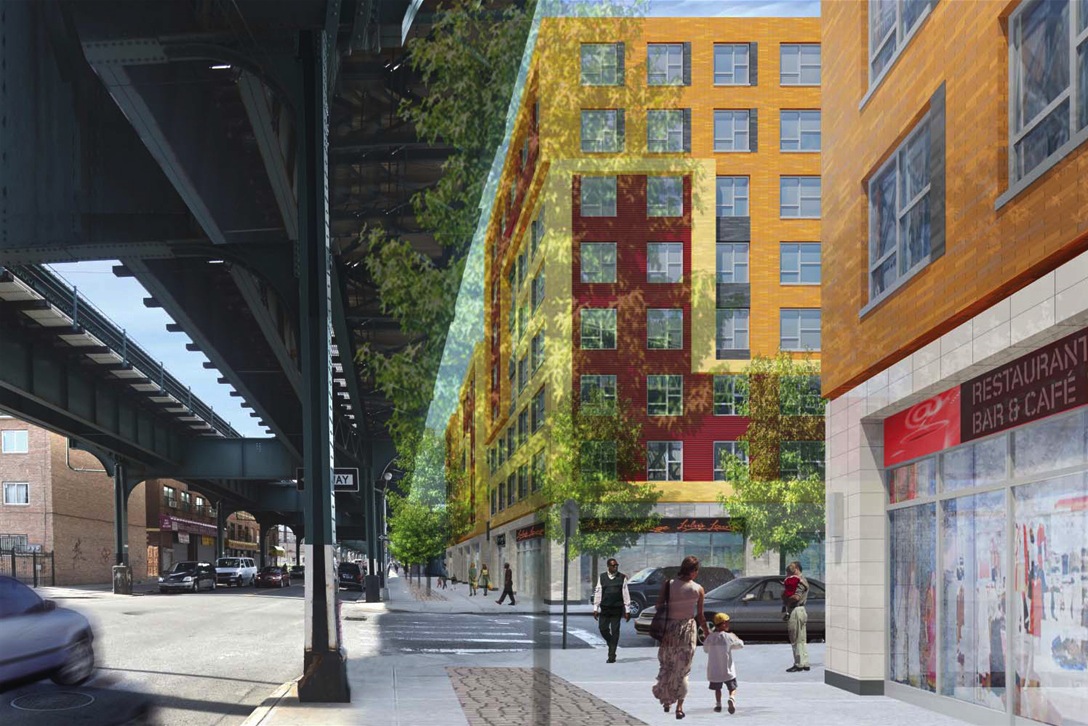 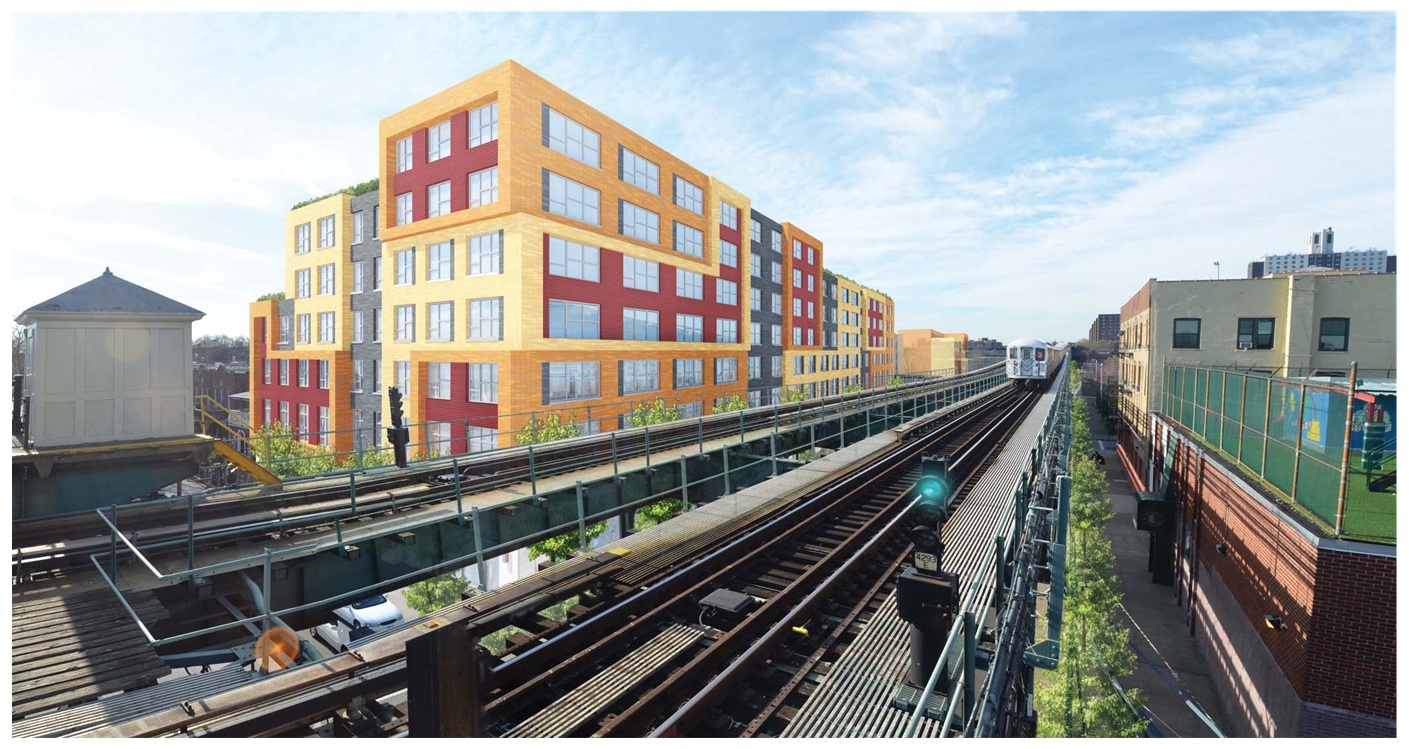 The new project will provide more than 270 units of low-income housing. 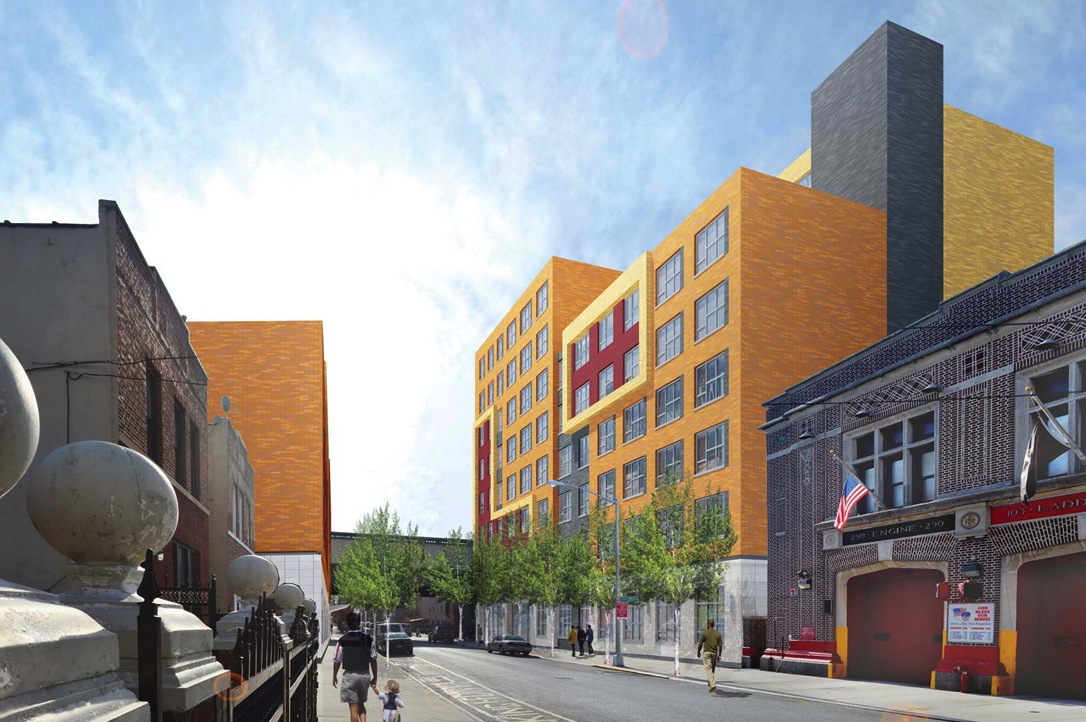 The project is the work of HPD and Dunn Development. 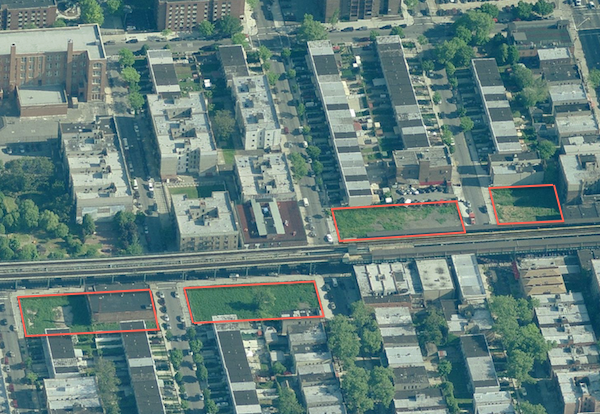 The four new buildings will rise along the elevated 3-train in East New York, just off the Pennsylvania Avenue stop. 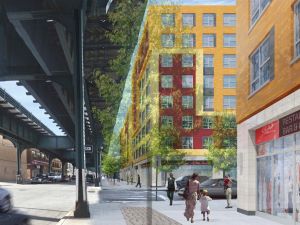 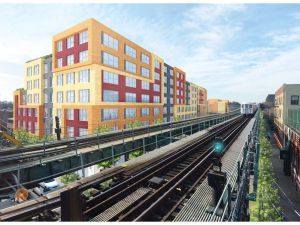 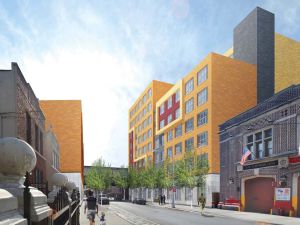 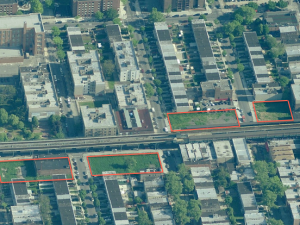 Usually, living down by the tracks is bad thing, but after looking at the renderings of an affordable apartment complex in East New York, all we could think was, “how can we sign up?”

Dunn Development Corp. will develop four buildings in East New York, the department of Housing Preservation and Development recently announced, an announcement that came with some lovely colored renderings of the project. The developments, collectively known as Livonia Commons, will include 270 new units of low-income housing as well as 11,000 square-feet of ground floor retail space.

Wayside Outreach Development will operate a senior center and ARTs East New York will maintain classrooms in the property’s 21,000 square feet of community facility space. In addition, the Boys’ Club of New York will develop a fifth site, its first Brooklyn location, with a gymnasium, pool, dark room, art studios and other classrooms. Livonia Commons is only the first phase of the Livonia Avenue Initiative, intended to create 791 affordable housing units in the area. (The Livonia Avenue Initiative is part of Mayor Bloomberg’s larger New Housing Marketplace Plan.)

”East New York has persevered through some of the toughest times the City has seen. Through the blight and abandonment of decades past, and the economic downturn of the present, the City has had a firm commitment to investing its human and financial capital right here in East New York,” said HPD Commissioner Matthew Wambuain a statement.

East New York has been troubled by poverty and high crime rates in recent years (in 2010, the neighborhood had one of the highest murder rates in Brooklyn); problems that community development programs, urban gardening initiatives and home-ownership programs have sought to reduce. But with increased investment and focus from city agencies, things have been looking up for East New York. Not to mention that recently the neighborhood was spared from having to host New York City’ s first Walmart.