By this afternoon, Zuccotti Park was deserted. Approximately 12 hours after hundreds of Occupy Wall Street protesters gathered in the birthplace of their movement to mark its first anniversary, the space was vacant apart from the regular afternoon crowd of office workers and construction crews, who sat on the stone benches eating their lunches.

Prior to yesterday’s anniversary celebration, the occupiers vowed to stage “mass civil disobedience around the Financial District in resistance to economic injustice.” Indeed, according to the NYPD, there were 185 arrests in conjunction with the protests. However, in spite of the mass detentions, the simple narrative that is rapidly becoming conventional wisdom in the wake of yesterday’s protests is that Occupy Wall Street is finished.

While the large number of people who took to the streets yesterday would seem to contradict this take on the movement’s anniversary, which could have been an opportunity for the occupiers to rebrand themselves with a more focused message or capture widespread public attention, their birthday bash was instead a display of the same Occupy Wall Street that has been steadily diminishing in impact over the past 12 months.

Occupy’s anniversary passed without any of the large-scale violent clashes that occurred in Oakland, on the Brooklyn Bridge and during the eviction of the protesters’ encampment in Zuccotti during the final months of 2011, all of which made international headlines.

Tuesday’s festivities began with the promised “civil disobedience” in front of the Stock Exchange. Though there were several people arrested, by and large, the protesters who showed up in front of the financial markets were obedient, scattering each time the police ordered them to move. The Observer witnessed one group of five occupiers who sat down cross-legged on Wall Street and began chanting “Om,” seemingly preparing to remain there until they were forcibly removed. When a group of NYPD officers approached on scooters, the five occupying yogis quickly scattered. Similar scenes played out all morning.

In the evening, the ranks of participants in the anniversary protest swelled and descended on Zuccotti Park. As the NYPD surrounded them with officers in riot gear and floodlights, the stage seemed set for
another violent eviction. Shortly before 11 p.m., a large group of helmeted police entered the park accompanied by several higher-ranking officers. Though the police gave no order to disperse and did nothing rather than appear among the crowd, about half of the occupiers in the park vacated the area immediately.

Tim Pool, one of the livestreamers who has made a name for himself by tirelessly chronicling the protesters with a backpack-mounted video camera, remained in the park, shaking his head at the scene.

“They came in and said nothing; people left anyway,” Mr. Pool said incredulously to one of the other protesters.

We met a young man named Mickey in Zuccotti Park last night who said he believed the protests have successfully increased awareness of the problems caused by Wall Street, which he described as “making sure
they stop stealing peoples’ money and homes, et cetera, et cetera.”

“I’ll leave it to the historians to say what our impact really was, but you know, definitely we wouldn’t be talking about it with all the media here today if we didn’t do something, whatever it was,” Mickey
said.

Occupy Wall Street clearly initially succeeded in this goal of consciousness-raising. Politico published a chart Tuesday documenting how mentions of the phrase “income inequality” in the media increased three-fold in the movement’s first four months last fall. However, the site’s research also indicated coverage of “income inequality” has since dropped almost to pre-Occupy levels.

One consistent criticism levied against Occupy Wall Street is that the movement hasn’t had a single set of focused demands or messages. The crowds that gathered in Zuccotti Park and outside of the Stock Exchange yesterday showed no sign of having heard this critique. They carried signs and pamphlets advocating for, among other things, fighting the controversial natural gas drilling procedure known as fracking, eliminating student debt, ending all wars, stopping white supremacy and enacting campaign finance reform. In his hands, Mickey held a sign that exemplified the movement’s somewhat schizophrenic status as a generalized expression of societal dissatisfaction.

“SHIT IS FUCKED UP AND BULLSHIT,” it said.

On the morning after, Wall Street seemed to breathe a sigh of relief as it moved into a new, unoccupied year. Workers for Brookfield Properties, the commercial real estate company that owns Zuccotti Park, were dismantling the barricades they had erected to prevent protesters from bringing in supplies and re-establishing their encampment. A lone police officer stood at the southeast corner of the park surveying the sparse crowd of tourists and office workers inside. He told us there had been no sign of protesters after eight in the morning. 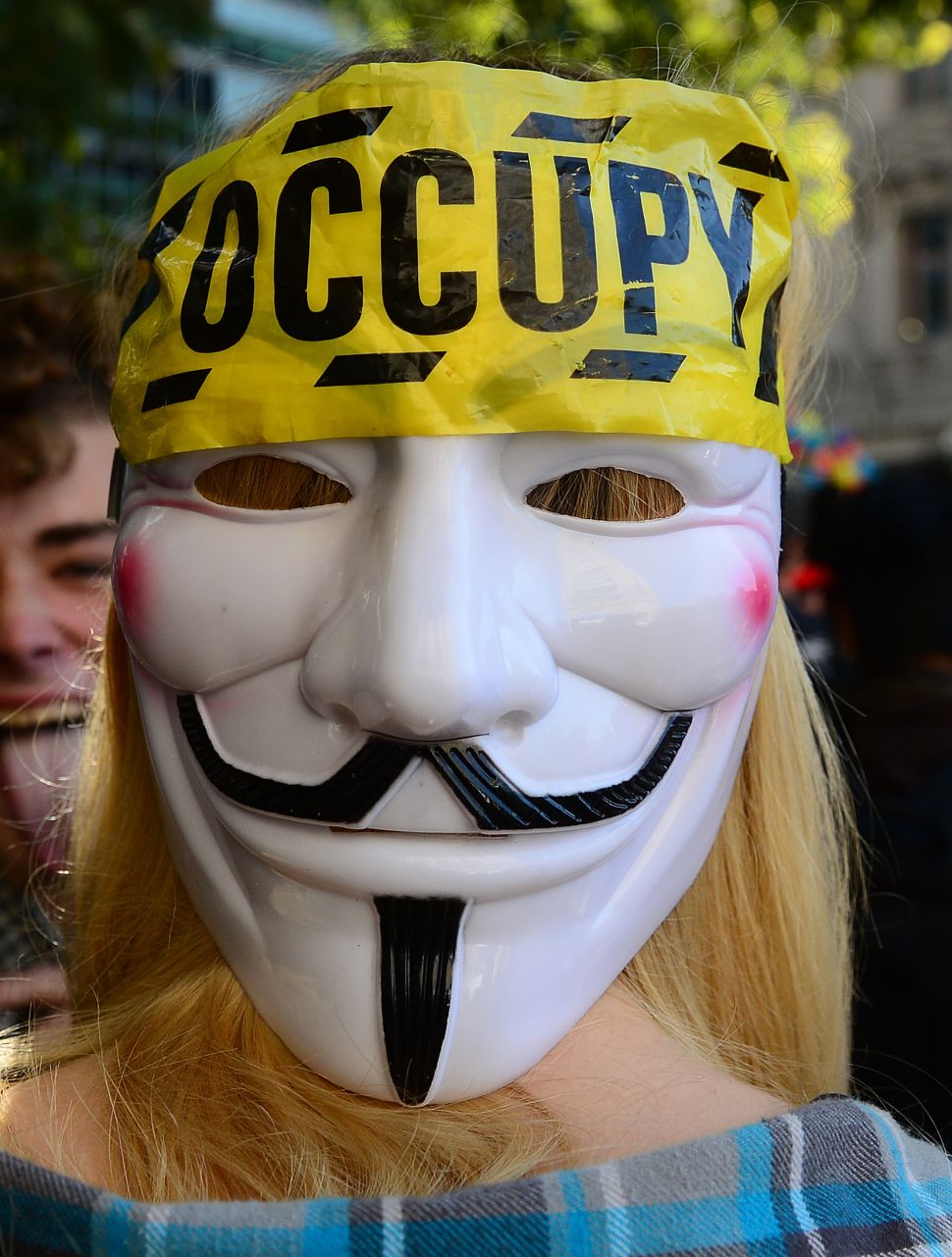