One of the most prominent Latinos in the Republican Party, Florida Senator Marco Rubio, addressed remarks about Latinos Mitt Romney was caught on tape making at a fundraiser during a press conference call today. The video of Mr. Romney sparked a massive firestorm after it was published by the liberal magazine Mother Jones, Mr. Rubio said he wasn’t bothered by the portion of the clip where the Republican presidential candidate said he would have a better chance of winning the election if he was Latino.

“Well, I think he meant it as a joke,” Mr. Rubio said with a laugh. “I think that’s how most reasonable people would take it.”

Among other controversial comments, the fundraiser footage showed Mr. Romney discussing the fact his father was born in Mexico to parents who were descended from American Mormons who moved to that country to escape a crackdown on polygamy in the United States.

“My dad, as you probably know, was the governor of Michigan and was the head of a car company. But he was born in Mexico. And had he been born of Mexican parents, I’d have a better shot of winning this,” said Mr. Romney. “But he was unfortunately born to Americans living in Mexico. He lived there a number of years, and I mean I say that jokingly, but it would be helpful to be Latino.”

On today’s press conference call, Mr. Rubio pointed out this wasn’t the first time Mr. Romney has made that type of remark and said he was certain it was meant in jest.

“It’s not the first time he said something like it. He said something like that publicly with Jorge Ramos in January in Florida. He made a comment about, you know, how his dad had been born in Mexico and he chuckled about that,” Mr. Rubio said. “It’s just a joke, I dont necessarily think he meant anything by it other than that.” 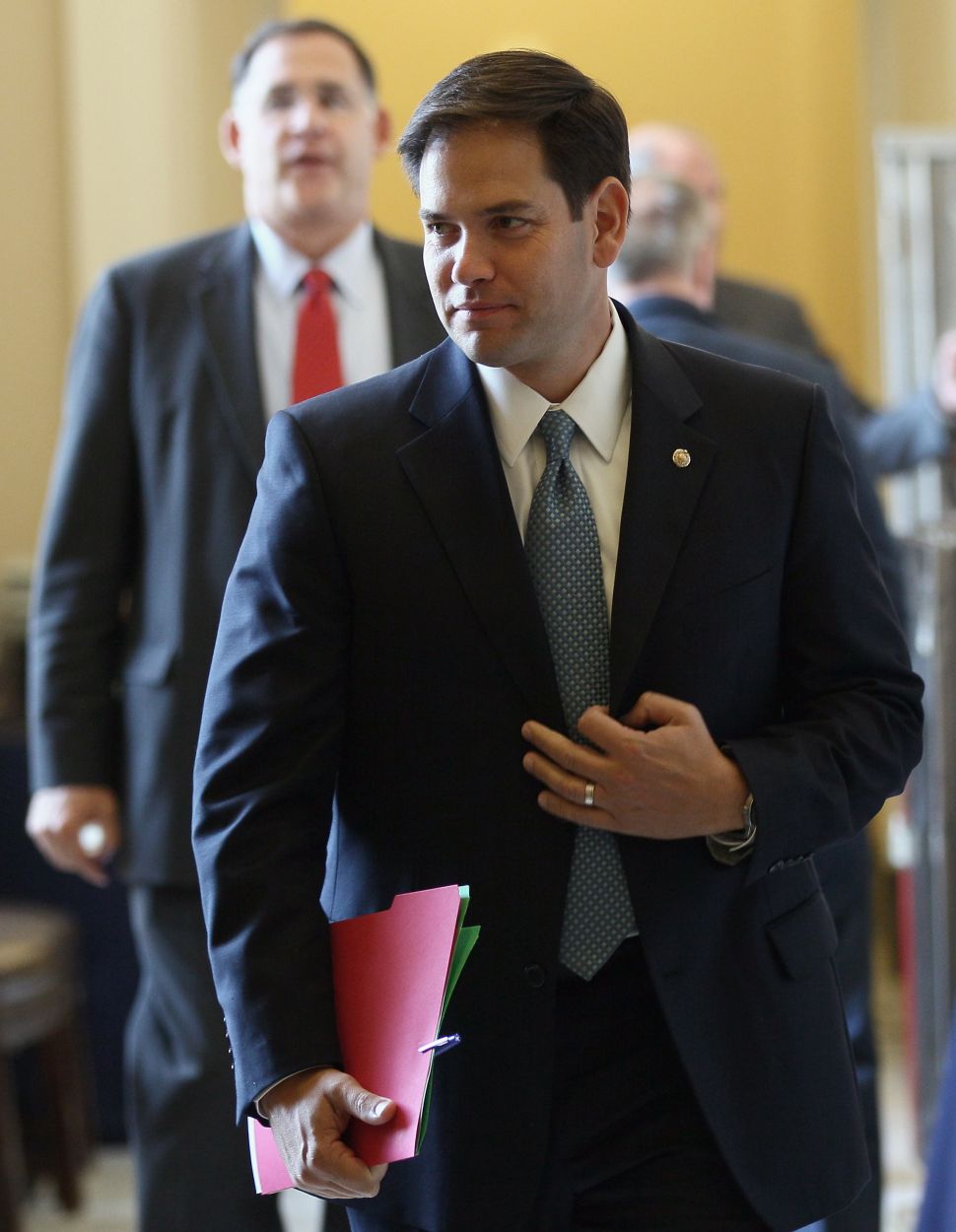