Kris Jenner, blithely blathering on about some bullshit. (NBC)

While every other major network today chose to interrupt its normal programming in order to cut to the president observing the annual moment of silence for the fallen heroes and victims of September 11th at Ground Zero and the Pentagon, NBC decided to go an alternate route … by skipping the matter entirely and having Today interview Kris Jenner about breast implants.

Only the New York affiliate, WNBC, chose to air live coverage of the somber event, while the rest of the country took to Twitter to freak out:

While the CBS and ABC cut into their normal programming, NBC instead showed the Keeping Up With the Kardashians star discussing her decision to let camera crews film her 23-year-old daughter change her breast implants.

“I thought it was such a great idea to film that,” Ms. Jenner told Savannah Guthrie. “The reason I went in and did that was because I had had my implants in for 152 years … you know, a long time, way longer than their shelf life.” 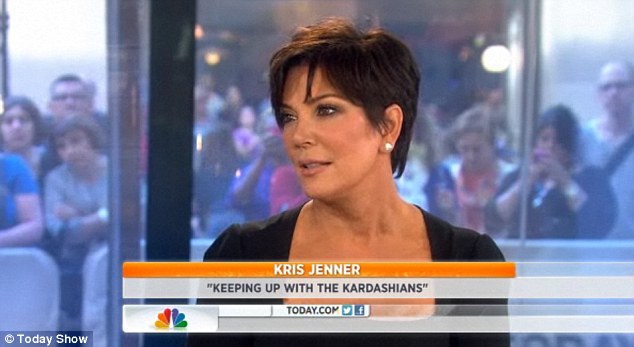