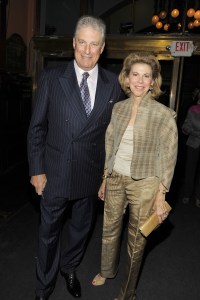 Businessman and philanthropist Allen R. Adler and his wife, Frances Beatty Adler, vice president of Upper East Side gallery Richard Feigen & Co., have donated $4.5 million to the Princeton University Art Museum to endow a new curatorial and lecture position and fund a variety of programs.

The scholar who assumes the newly minted Allen R. Adler, Class of 1967, Distinguished Curatorship at the Princeton University Art Museum and Lectureship in the Department of Art and Archaeology will be charged with focusing on European art ranging from the medieval period up through Post-Impressionism.

“Our hope is to further enrich the study of art for generations of Princetonians and the wider public,” Mr. Adler said in a statement.