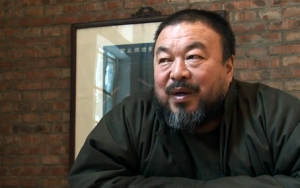 Among the four artists who will represent Germany at the next Venice Biennale is Chinese artist and activist Ai Weiwei. Indian artist Dayanita Singh, South African artist Santu Mofokeng and French-German artist Romuald Karmakar round out the international team, as announced today by Frankfurt am Main’s Museum für Moderne Kunst. Susanne Gaensheimer, the director of the museum and the curator of the German pavilion, said in the statement that each of the four artists has ties to the art scene in Germany and had worked there for many years.

Regarding her choice of these artists, Ms. Gaensheimer said in the statement:

“Both everyday life and the cultural landscape of Germany are determined by different religions, economies, and political approaches. This defines our everyday and leads to mutual enrichment as well as to confrontation. At the same time it is extremely evident that our society can no longer function without dialog, collaboration and the addressing of different philosophies and actual realities.”

In July 2011, in the midst of his legal battles with the Chinese government, which charged the artist with tax evasion and has kept him in detention, Mr. Ai said that he had accepted a post at an art university in Germany. The artist, who also had surgery in Germany after he said he was beaten by police in a province in southwest China to prevent him from giving testimony in support of another activist, also had plans to set up a studio in Berlin before he was detained.