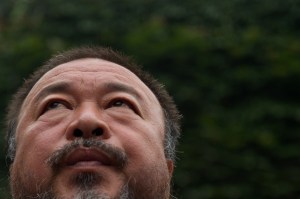 The flacks at the Hirshhorn Museum in Washington, D.C., have, in the past, said that that they’re “optimistic” dissident Chinese artist Ai Weiwei will be able to attend their upcoming exhibition of his work. Following a recent interview with The New York Times, however, the museum’s honchos may no longer be so optimistic.

Mr. Ai said in a telephone interview that he would be unable to attend the opening on Oct. 7 of the first survey of his work in North America. The exhibition is being prepared at the Hirshhorn Museum in Washington, one of the Smithsonian museums supported by the United States government. Mr. Ai said that he also expected to be forced to cancel an appearance at a literary festival in New York that promotes freedom of speech and that he would be unable to give talks at Harvard, Princeton and New York University.

“They’re still holding my passport,” Mr. Ai said. “They said they want to give it to me but have no clear time schedule for that.”