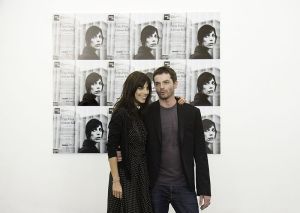 The lineup for the French pavilion at the 2013 Venice Biennale is now confirmed. Artforum reports that Christine Macel has been tapped by artist Anri Sala to curate his exhibition.

Ms. Macel has been the chief curator at the Musee National d’Art Moderne at the Centre Pompidou since 2000, and recently organized a retrospective of Mr. Sala’s work at her institution, the magazine reports.

Artforum also shares the tantalizing news of “a possible collaboration between France and Germany at the Biennale with the curator of the German Pavilion and director of Museum für Moderne Kunst Frankfurt, Susanne Gaensheimer.” The German pavilion will feature work by four artists, including Ai Weiwei.

Mr. Sala, who has shown in New York with Marian Goodman, is best known for video works. (The website of Hauser & Wirth, where he shows in the U.K., has clips of some of his pieces.) He appeared in the latest edition of Documenta.

A complete list of artists featured in the 2013 national pavilions is available here.