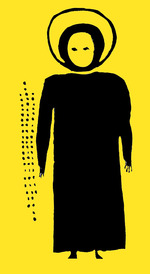 Wide Open Arts, a company started by Chelsea art dealer Andrew Edlin, has acquired the Outsider Art Fair, which will hold its 21st edition in January 2013.

For the first 15 years, the fair, which was founded by Sanford Smith (who also runs the Works on Paper fair and the New York Antiquarian Book Fair), was held in the Puck Building at Lafayette and Houston–and it spent the last five at 7 W 34th Street–but  will move to Chelsea’s Dia Center for the Arts for the 2013 iteration. The fair was essentially the first of its kind to focus on self-taught artists and folk traditions.

“I certainly want to make the Outsider Art Fair more a part of the art world conversation,” Mr. Edlin said in a phone interview. He’s participated in the fair for the last seven years, he said, and founded Wide Open Arts in order to purchase it. “It’s already an institution, it has sort of a renegade feel to it, but I think self-taught artists and outsider artists have been so influential on contemporary artists, so if there’s a new direction I’m going down, it’s going to be to focus on that.”

Mr. Edlin represents the estate of outsider artists like Hans Krüsi and Charles Steffen, but his gallery roster also includes the young artist Brent Green, whose work straddles a line between folk art and contemporary. He said that folk and outsider art has become gradually integrated into the contemporary art world, citing Klaus Biesenbach’s 2009 monograph on Henry Darger and its argument about the artist’s wide influence on young talent as a pivotal moment in its indoctrination by the mainstream. As further proof, Forrest Bess, the chameleonic painter who lived in seclusion in West Texas, was also a prominent feature of this year’s Whitney Biennial.

The Outsider Art Fair will run Jan. 31-Feb. 3, 2013 in the same building that housed the contemporary fairs NADA New York and Independent in 2012.

“I think it can only help the fair’s accessibility and popularity by being in the heart of Chelsea, amongst some 300 galleries in the span of five blocks,” Mr. Edlin said. “It’s a great way of preaching the gospel.”