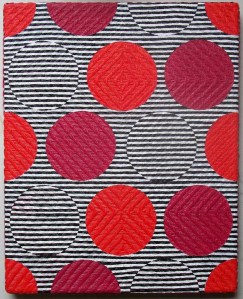 At a press conference at the Expo Chicago art fair today, art nonprofit Artadia: The Fund for Art and Dialogue, announced the seven winners of its latest Chicago grant cycle. They were selected from nearly 500 applicants from Cook County, Ill. This is the sixth time that the organization, which was founded in 1997 by banker Christopher E. Vroom, has given grants specifically to Chicago-area artists. It also presents grants in New York and Chicago, and will present a round of grants in Houston.

The grantees are Tirtza Even and Deb Sokolow at the $15,000 level and Samantha Bittman, David Hartt, Lisa Lindvay, Heather Mekkelson and Ian Weaver at the $3,000 level.

Congratulations to the awardees.