“If I had abs,” said the comedian Artie Lange as he held his medicine ball-sized paunch in his hands, “I would be dead.”

The former Howard Stern sidekick was sitting inside the new Varick Street studio that is home to The Nick & Artie Show, the sports-and-comedy talk show on Sirius Radio and DirecTV that he co-hosts with fellow comedian Nick DiPaolo. He was cradling his gut, pointing at the scars where nearly three years ago, in his Hoboken home, he took a 13-inch Wolfgang Puck kitchen knife and stabbed himself repeatedly: Six times with hesitation. Three times with conviction.

He has since been treated and released from three separate psychiatric wards. His sanity and sobriety restored—“It took me a year and a half to get right in the head”—Mr. Lange has now eased himself back into the comedy world.

“It was like [going from] a paper route to being Hugh Hefner,” he said of those days.

The 44-year-old has sworn off the cardinal vices—particularly booze, gambling, drugs and prostitutes—that fueled his initial rise to comedy fame. He now spends the lushing hours of 10 p.m. to 1 a.m. in the sanctuary of his new show. The studio has been outfitted with bruh-friendly toys like a basketball shootout game and a pool table. The kitchen is stocked with and snacks and not a trace of hooch (Mr. Lange was nursing a bottle of Nestle Quik during one taping). The show consists of Mr. Lange chewing the fat with Mr. DiPaolo over anything from the futility of the Boston Red Sox to the (allegedly) indiscriminate sexual tastes of Dan, their producer.

“When somebody calls up and asks about North Carolina’s defense, we go, ‘Call Dan Patrick,’” said Mr. DiPaolo. “We want to talk about A-Rod banging this broad.”

Throw in the occasional guest like Esquire writer Scott Raab and former NBA player John Salley, and the result is a sharp, funny alternative to ESPN’s eternal onslaught of pompous programming; it’s like listening to two Jersey galoots (Mr. DiPaolo is originally from Massachusetts) rip on Eli Manning from the bleachers of the old Meadowlands stadium. 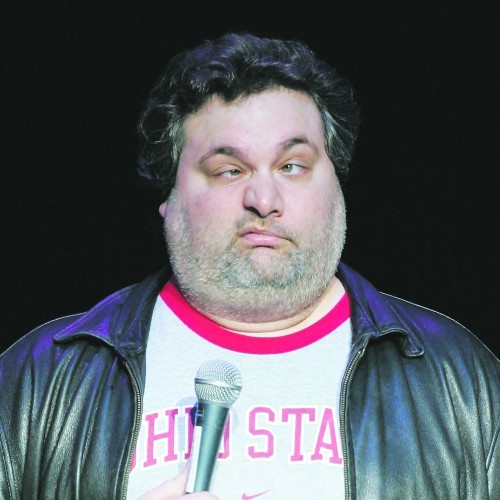