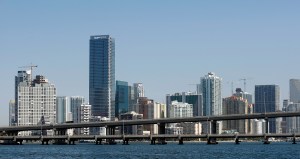 Apparently betting that demand among dealers for art fairs is strong, fair company artMRKT Productions, which runs fairs in Houston, the Hamptons and San Francisco, will launch a new fair to coincide with this year’s Art Basel Miami Beach. Its name is Miami Project, and it will run for the same days at ABMB, Dec. 4–9.

According to artMRKT, Miami Project will feature some 65 galleries in a 65,000-square-foot space in Miami proper, a very short drive from Miami Beach, which is home to the main fair and Nada. Among the galleries on tap for the fair are DC Moore and Fredericks & Freiser from New York, Acme and Daniel Weinberg from Los Angeles and Richard Heller from Santa Monica, Calif.

Miami Project is not the only new entrant in the Miami fair races. A fair going by the name Untitled, directed by curator Omar Lopez-Chahound, will feature around 50 galleries in a tent near ABMB.

Sounds like it’s going to be an art-filled and exhausting Miami fair week!