Engulfed in a feeding frenzy after Mother Jones showed a video of him at a fundraiser earlier this year writing off 47% of the electorate as governmentally assisted and therefore politically out of reach, Mitt Romney tried to weather the gaffe at a podium last night.

But the story continued to give ammo to his opponents, who objected to the GOP presidential nominee’s comments to donors characterizing President Barack Obama backers as people who can’t be convinced to “take personal responsibility and care for their lives.”

“He is dismissing 50% of the American public,” said the veteran Democrat. “Those are disgusting comments that prove he doesn’t deserve to be anywhere near the White House.”

Whether Romney can gut through the headlines or not, the moment provided PolitickerNJ.com with a chance to examine infamous moments from the New Jersey campaign trail when a line – or lack of one in at least one case – turned, or almost turned an election.

In honor of U.S. Rep. Chris Smith’s (R-4) victory over Joe Merlino, who infamously told the incumbent Republican congressman, “Beat it, kid,” in their 1982 contest before Smith beat Merlino… those who survived, and those who didn’t…

Running for governor in the 1993 Republican Primary against Cary Edwards and James Wallwork, the Somerset County candidate, born to one of the state’s richest families, came across as tone deaf when she said of the property tax rebate program, “As funny as it seems, $500 is a lot of money to some people.” Her opponents tried to make her look out of touch, but to no avail. She beat them, and beat sales tax-encumbered Jim Florio 50-49% in the 1993 general election.

When he ran against incumbent Gov. Jon Corzine in 2009, the Republican challenger tried to keep it as vague as possible. But he ran into the YouTube moment Corzine prayed for when in a conversation over woman’s health care coverage he told a woman that her daughter’s cancer represented “an exception.” The woman objected, “She’s at the age when I had my first surgery,” triggering Christie’s response. “Let me finish,” the Republican candidate said curtly, struggling visibly to contain anger.  “The exception is for people to have cancer in their 20s. Can I finish now?” The Corzine campaign triumphantly packaged the ad complete with creeping Gothic accompaniment, but Christie still won the election in a downbeat economy, 48-45%.

A candidate in the 2000 Democratic Primary for U.S. Senate against Italian-American Jim Florio, the Goldman Sachs-heeled multi-millionaire said, “Oh, you make cement shoes,” when introduced to an Italian American in the construction business. The dumb, tin-eared gaffe offended people, but Corzine wooed the state’s party machines with money, not words, and they rewarded him with a 58-42% victory over Florio.

In pursuit of a vacant 31st District Senate seat in the 2007 Democratic Primary against Lou Manzo, the widow of Glenn Cunningham showed she had no intention of sounding like a serious candidate when she told Tom Moran of the Newark Star-Ledger, “I have really not come up with solutions.” In her sit-down with the political columnist of the state’s paper of record a week prior to Election Day, Cunningham repeatedly “hit herself over the head with the hammer and felt no pain,” according to Moran, in response to questions about her candidacy. Backed by the Hudson County Democratic Organization (HCDO), Cunningham nevertheless beat Manzo, 55-45%.

Running in 2008 to succeed Joe Doria as mayor of Bayonne, Smith highlighted his record as a peace officer. “A police officer faces down a gunman holding a young family hostage,” said the voice-over in his campaign ad, referring to a standout moment in his long and decorated career. It almost backfired when the gunman marched into a public meeting podium in City Hall and denounced Smith as a liar. But Smith handled the situation gracefully, did not become distracted, and ended up defeating his rival, Judge Pat Conaghan, in the mayor’s election.

It wasn’t anything the mayor of Union City said, but the 1982 Jersey Journal headline itself appearing on Election Day provided the perfect opposition campaign ad: “Musto gets seven years.” Headed to the can on charges of racketeering, extortion and fraud, Musto still managed to turn out his local political machine and defeat his challenger, a young Robert Menendez. Facing his supporters at his victory party, Musto infamously declared, “This is the real jury.”

“You’re a pig. You’re a retard,” says a voice purported to be that of the 32nd District state senator and North Bergen Mayor in a tape captured by Lydia Coleman, who claims to be a harassed former girlfriend of the North Hudson power broker’s. Coleman went public with her complaint late last year, but Sacco appears on pace to easily win re-election in next year’s Senate race. Laughing at the ongoing political war between Sacco and his rival, Union City Mayor/State Senator Brian P. Stack, a powerful Democratic Party source told PolitickerNJ.com that the only casualties in a 2013 Dem Primary will be collateral damage players around Sacco and Stack. “The only thing I can tell you with certainty about North Hudson is that Stack and Sacco will both win,” predicted the source.

Leading by double digits in the Garden State in the 1984 Democratic Primary for president, the U.S. senator from Colorado committed an irrecoverable gaffe. Speaking about his and his wife’s coastal campaign duties at a fund-raiser in Los Angeles, Hart told an audience that Lee Hart got to campaign in California while he was stuck with, punch line coming up… New Jersey. “I won’t tell you what I got to hold – samples from a toxic waste dump,” Hart told California. Wins in both states would have propelled Hart past Walter Mondale to seal the nomination. But New Jersey primary voters weren’t amused. A little over a week after the fund-raiser, on June 5, Hart won in California, as expected; and went belly up in Jersey, losing every delegate except one, and handing the nomination to Mondale.

When the freshman Republican congressman took to the floor of the U.S. House of Representatives in 1998, it’s unlikely Princeton rocket scientist Rush Holt had any idea Pappas was about to hand him the election. To the tune of “Twinkle, Twinkle Little Star,” Pappas unabashedly heaped homage on Independent Counsel Kenneth Starr. The infantile offering included the line, “Twinkle, twinkle, Kenneth Starr, now we see how brave you are. Up above the Pentagon sting, like a
fair judge in the ring. Twinkle, twinkle, Kenneth Starr, now we know how brave you are. When subpoenas and lies are gone, when obstruction shines upon, then you throw your trump cards down, twinkle, twinkle, all brought down.” The Holt campaign bought ad time running the scene over and over again in the 12th Congressional District, accompanied by the slogan, “Mike Pappas: Out of tune. Out of touch.” Holt won, 50-47%.

Sometimes it’s what you don’t say, and at no time was that painful lesson more in evidence than when the mother of an Iraq War veteran confronted the 2006 Republican U.S. Senate candidate on the campaign trail. Rather than talk to the woman, Kean skirted her and stayed in the background as an aide attempted to talk the woman out of the way, insisting Kean had already met with her and addressed her concerns. It was a damaging moment for the challenger, who lost to U.S. Sen. Bob Menendez (D-NJ),  53-44%.

Running for mayor of the City of Passaic in 2003, Ellen told a crowd in the heavily Hispanic burgh, “You might as well put the Statue of Liberty in the Passaic River,” commenting on the number of undocumented workers in his hometown. Then Ellen repeated the remark in perfect Spanish. Ellen lost to incumbent Mayor Sammy Rivera.

No, he wasn’t going to win his 2011 challenge of incumbent state Sen. Jim Beach (D-6) in a gerrymandered district. But Mitsch even managed to prompt his own party to pull its support when a Mitsch tweet surfaced on the campaign trail. The Republican challenger advised that a woman should be “a whore in the bedroom,” spawning backlash the low-name ID candidate never bargained for and setting up his inevitable Election Day goring by Beach.

During the 2003 election, 14th District Democratic Assemblyman Guear issued a press release demanding to know where GOP challenger Bill Baroni was born. Guear had hoped to expose Baroni as an interloper posing as a Hamilton native, a tactic that failed miserably when Baroni spoke of his birth in Jacksonville, Fla., and adoption as a baby by Hamilton parents. Guear lost.

The mayor of Newark lost the 1962 election in part because, inadvertently or not, he made a fist in his debate with challenger Hugh Addonizio. The Italian-American ‘s supporters interpreted Carlin’s move as code for the Black Hand, and Carlin’s charge that Addonizio was with the Mob. The moment galvanized Addonizio supporters and propelled him into City Hall.

The incumbent Democratic governor already had his troubles in the 2009 general election, compounded when The New York Times reported that Corzine was considered revisiting a scaled-back version of his asset monetization plan. His initial attempts to sell the plan fell flat with the public and the paper doubling back on the unpopular issue days before the election did Corzine no favors in a close election where he lost Middlesex County by three points.

The 8th District Republican Assemblyman was gearing up to run in the general election in 2011 when he abruptly resigned in mid-summer. A month later, the reason why bubbled to the surface: his wife had sent a racially insensitive email to struggling Senate candidate Carl Lewis. “Imagine, not having to pay NJ state income taxes…It must be nice. Imagine getting a court ruling overturned so your name could get put on the ballot,” Delany’s wife wrote. “Imagine having dark skin and name recognition and the nerve to think that equalled (sic) knowing something about politics.  Sure, knowing someone with fat purse strings is nice, but you have no knowledge.” The email derailed her husband out of politics. 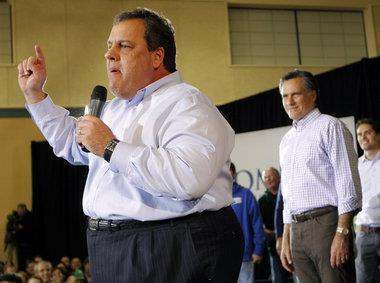