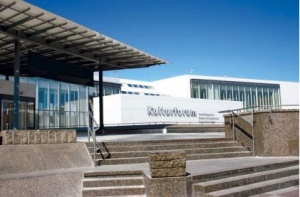 After the public outcry over the plans by Berlin’s Gemäldegalerie to move its Old Masters collection to make room for 20th century art, museum directors have commissioned a feasibility study to check out some alternatives, according to Bloomberg.

The museum houses some of the world’s most significant works of European art from the 13th to the 18th centuries, including works by Botticelli, Dürer, Rubens, Titian and Rembrandt. But those were going to be moved to make room for works acquired by the city from a private collection of Ulla and Heiner Pietzsch, which contains 150 Surrealist paintings, sculptures and drawings.

Critics objected to the plan to move out the Old Masters in favor of modern art and temporarily showing just part of the world-class collection in the Bode Museum until a new museum is built for it on the Museum Island complex near the city’s central boulevard, Unter den Linden.