Chris Brown is either going through an insane period of self-flagellation, or this is the worst September’s Fools Day prank ever. New photos of the rapper emerged earlier today showing new neck ink that looks suspiciously like the 2009 photo of a badly-beaten Rihanna that was leaked to TMZ.

Is this the star’s way of giving himself a scarlet letter for life?

While Mr. Brown is denying that the woman on his neck has any relation to his ex-girlfriend–whom he was convicted of committing felony assault against, forcing him to comply with a restraining order that was dropped in 2011–the new tattoo is fairly damming evidence to the contrary. Rihanna recently appeared on OWN for a sit-down conversation with Oprah, during which she opened up about her love for Chris Brown, saying:

While Rihanna may have forgiven Mr. Brown, it may be that the singer has yet to forgive himself. Then again, can we pass any more judgement on him than he’s passing on himself with permanent branding? 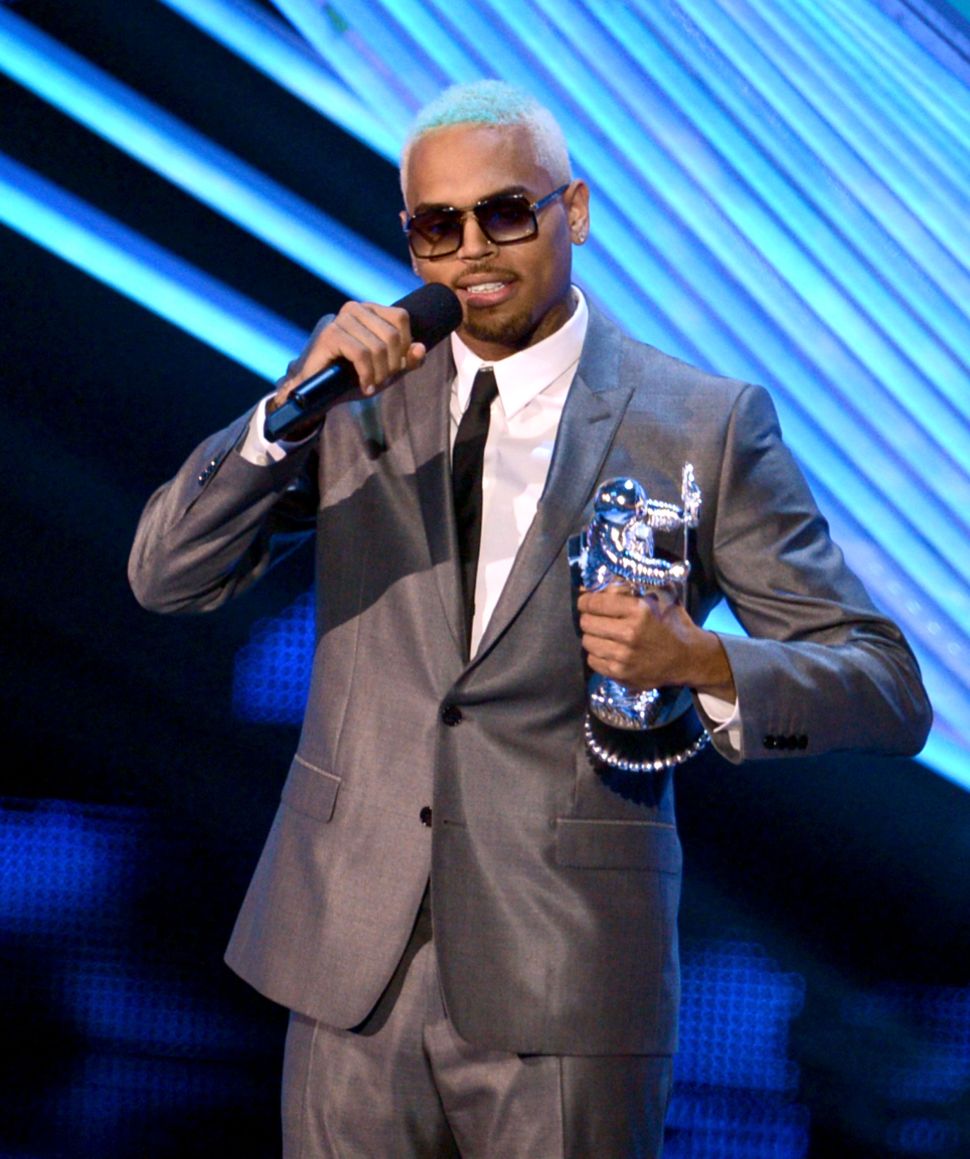