“We created 10,000 new jobs in August and yet the unemployment rate went up two tenths of a point,” said the governor, referring to the 9.9% figure released last week.

Christie invoked Connecticut Governor Dan Malloy’s similar objection to the Treasury Department’s data, noting that “We both think the unemployment rate is wrong, not from a poll but payroll data.”

Malloy is typically a Christie foe.

New York Governor Andrew Cuomo is also scratching his head over New York’s uptick, putting all three of the region’s chief executives in a similar posture of bewilderment. 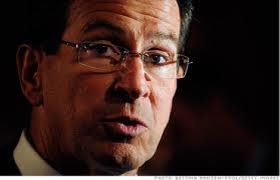