ELMWOOD PARK – Gov. Chris Christie began his Tuesday town hall, dubbed the middle-class reform agenda, by slamming state lawmakers, telling residents summer months are nice because “it’s good not to have them in the building.”

The governor said state lawmakers have their eyes on the November election and aren’t concerned with getting things accomplished in Trenton. Christie called the Legislature’s refusal to pass a tax cut proposal “a joke.”

“I will tell you, though, it’s time for them to get back to work,” he said, adding, “They want any excuses not to do any work.”

Christie assured the crowd he would veto a millionaire’s tax again if the Democrat-controlled Legislature sends him another proposal. The governor continued to lay out his argument for lawmakers to send a tax cut proposal to his desk, saying the money is there for it.

“They have $1.3 billion of your money that they’re willing to spend on their pet programs but they don’t have $250 million to cut your taxes in 2013,” he said.

Christie said “the worst part of this is that they agreed to it,” explaining how Senate President Steve Sweeney appeared to want to compromise with the governor.

“It’s a joke and they’re making themselves a joke in the eyes of the public,” he said.

“We all want to have the economy improve and we all are anxious to see good news. But to be optimists we need an affective agenda with forward thinking priorities from the governor,” she said. “Unfortunately, his new middle class agenda makes the same mistakes as his discredited ‘New Jersey Comeback’ by ignoring the real economic needs of the middle class.” 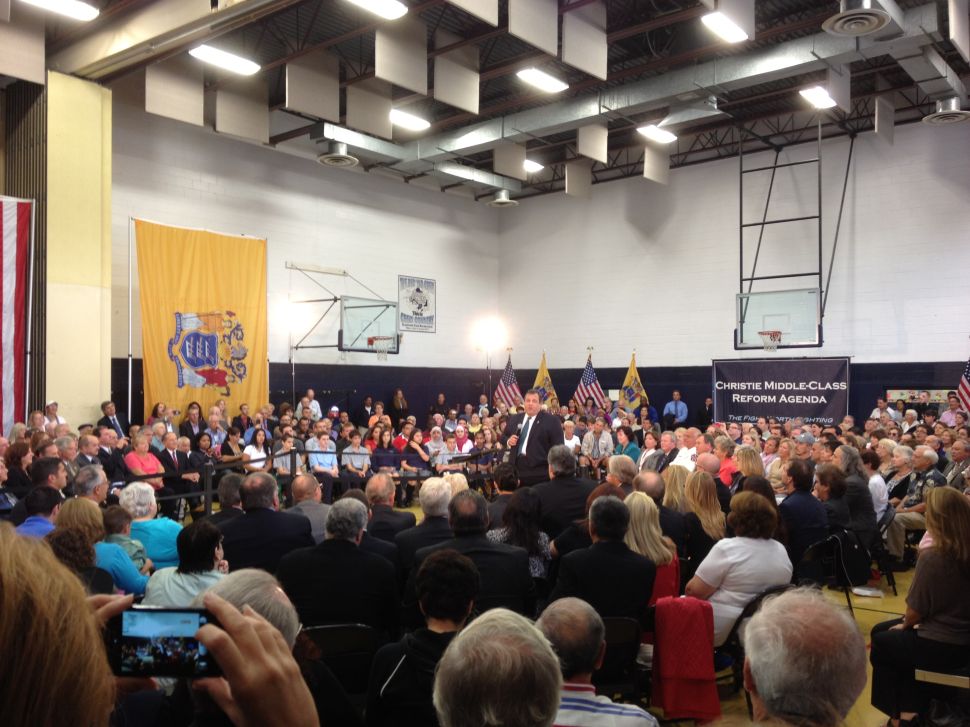