HOWELL – Gov. Chris Christie gave residents a little insight today into why he chose to give the keynote address he chose to deliver.

Christie was asked by a resident during a town hall meeting why he didn’t tell Obama to “get the hell out of the White House,” using Christie’s widely known  “get the hell off the beach” comment the governor made during Hurricane Irene last year.

“It wasn’t the time for me to go out there and lambaste the president of the United States,” he said. 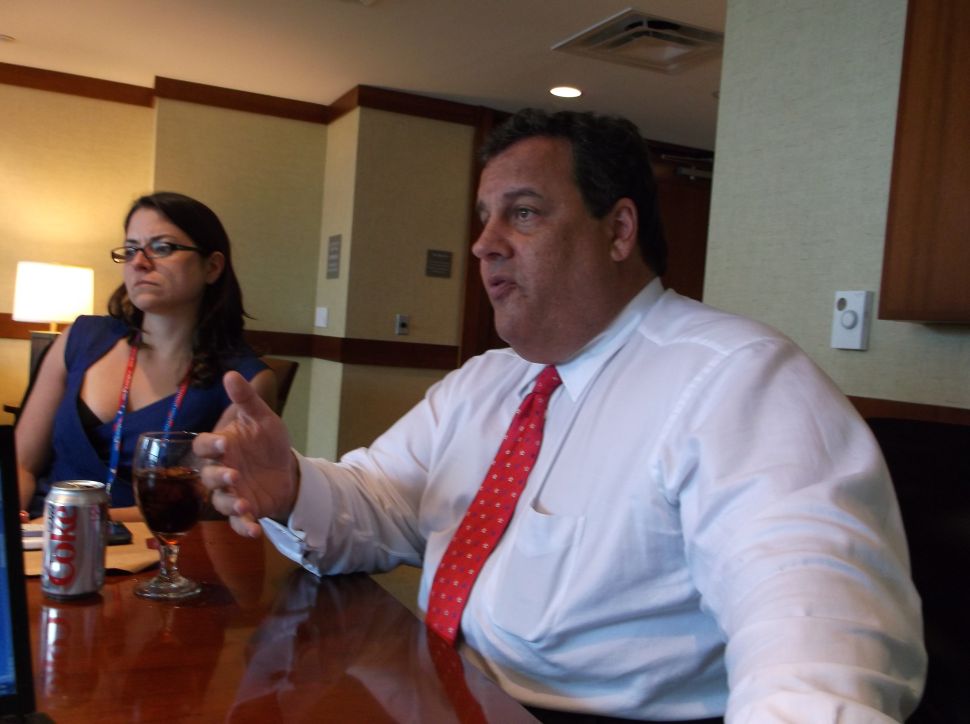