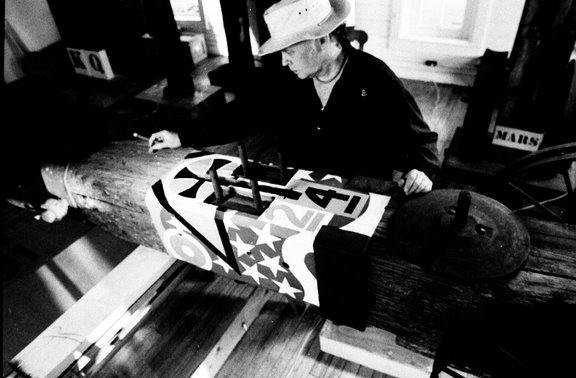 The Wall Street Journal reports that, as part of its big November sales, Christie’s is set to sell 63 pieces from the collection of Rudolph and Hannelore Schulhof, which includes works by Joan Miro, Ellsworth Kelly and Robert Indiana. The total estimate for the work is $25 million.

More from The Journal:

Among the items being sold are paintings and works on paper by Agnes Martin, whose work the Schulhofs collected abundantly enough to span her career. Of note is the painting “Untitled #20” from 1974 (est. $2 million to $3 million), which employs alternating bands of subtle pink and blue. “It’s been a long time we’ve had a painting like this,” said [Laura Paulson, international director for Post-War and Contemporary art at Christie’s]. “Until the late ’60s, [Martin] was working in a monochromatic way. Here, she’s bringing in the colors of the landscape.”

The couple did not neglect sculpture. A nearly 40-foot-long Richard Serra commission, titled “Schulhof’s Curve,” sits within the estate’s gardens. “It is nestled in an area off to the side for two reasons. First, because Serra chose it,” said [Michael P. Schulhof, one the couple’s children]. “Second, it allowed for the crane to deposit it without destroying the house. The same holds true for removal.”

Christie’s will preview the works by opening the door to the couple’s Long Island home this weekend.