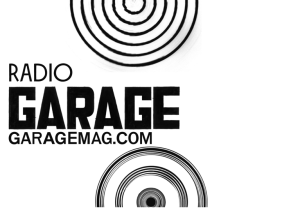 Kicking off today, the first day of New York Fashion Week, Dasha Zhukova, founder of the Garage: Center for Contemporary Culture in Moscow and Garage Magazine, is getting together with her team at the magazine to bring you Radio Garage nyfw, a live broadcast from Le Baron Chinatown. Some of the guests thus far confirmed include Iman, Jefferson Hack, Carine Roitfeld, Simon Doonan, Olivier Zahm, Suzy Menkes, Richard Chai, Tim Blanks and Tavi Gevinson.The station, which can be heard at Garagemag.com each day from 4–7 p.m. EST through Sept. 13, is being hosted by photographer Sara Nataf and will be devoted to bringing live news from the fashionable chums who stop in, playing songs and giving the rundown on what’s going on in the city during this week of fashion shows, parties and art openings.

Garage Radio nyfw will also bring sounds direct from the Le Baron DJ booth at 11 p.m. each night. So if you can’t make it past the front door at club, rest assured that you can still be part of the fun. Sort of.