The Wilda Diaz Campaign continued to keep Billy Delgado in its sights today, responding to a story that appeared in the Asbury Park Press following Diaz’s condemnation of condescending emails sent to her by controversial political operative James Devine.

Delgado told the Asbury Park Press he wasn’t going to fire Devine, but three weeks ago prohibited his consultant from having contact with Diaz.

Delgado told the Press he had notified the Diaz campaign of his directive regarding Devine.

On Wednesday, Devine apparently ignored the order when he confronted Diaz at her press conference, and today, Diaz’s United for Amboy campaign released the following statement in response to Delgado’s claims.

“Mr. Delgado never contacted our campaign three weeks ago to let us know that Mr. Devine was to have no contact with Mayor Diaz,” said spokesman Tom Zambrowski. “If he had, we call on him to produce evidence to that effect. Furthermore, Mr. Devine contacted the mayor with additional harassing emails as recently as two weeks ago.

“The bottom line is this: Billy Delgado’s campaign consultant made offensive, derogatory remarks towards Mayor Diaz which were roundly condemned by some of the highest ranking Democrats in the state. Delgado has stood by his consultant and by his remarks.  If that is the kind of person he would choose to surround himself with now, just imagine what he would do as mayor. Perth Amboy needs honest, ethical leadership in City Hall, not Billy Delgado’s brand of destructive politics.” 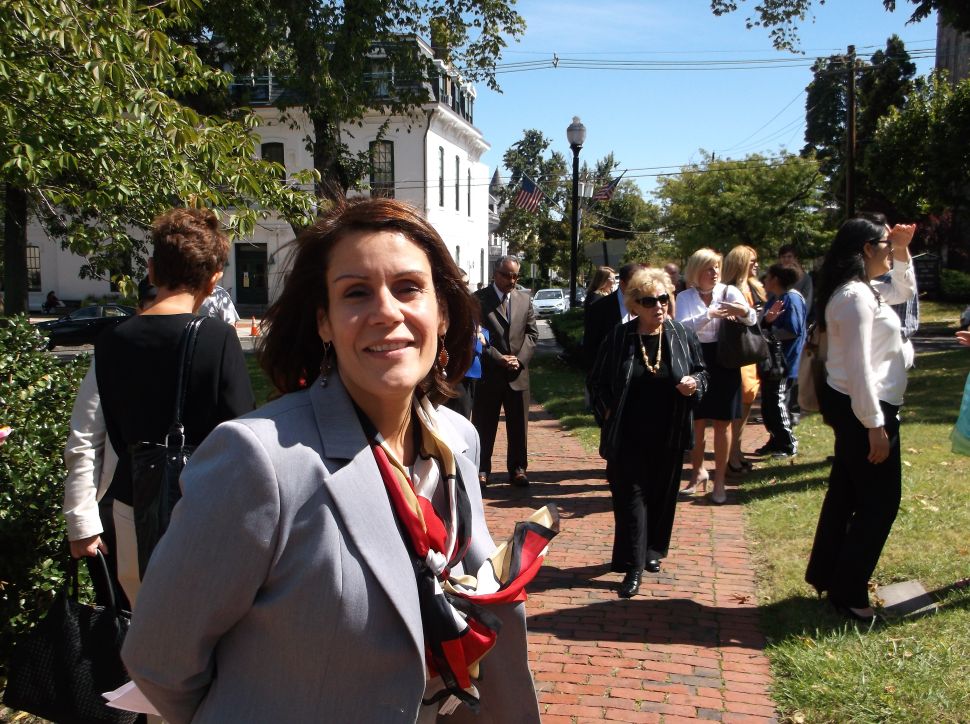