“I disagree,” said Sweeney. “People are always looking at the next election. But New Jersey needs to do the job everyone expects of us to get Barack Obama re-elected.”

Sweeney wouldn’t rule out making a play for governor in a conversation with PolitickerNJ.com moments before he jumped aboard a flatbed truck to make a speech on Roosevelt Avenue right behind the newly opened Obama headquarters.

But he didn’t want to talk about it now.

“I’m focused now on re-electing Bob Menendez and Barack Obama and then I’ll decide what I’m going to do after we return them to office,” said Sweeney. “Next year we’ll get a new governor.”

Green introduced Sweeney as a sure statewide candidate.

“This is the future of the party; if you’re in Atlantic City, put money on it,” said the veteran assemblyman and political leader of the Green Machine in this central Jersey Democratic Party stronghold.

On a collision course in their home county of Middlesex, Wisniewski and Buono would both get a positive response from the crowd of Plainfield voters.

“Your job is to go out to your friends and neighbors and remind them that this is a very important election,” Wisniewski said.

“They’re running a businessman,” Buono said of the GOP, “but they don’t get the basics of what it means to make an investment.”

But Green built the momentum up to the main event: the mayor from Newark, who was the only New Jersey Democrat allowed on a national stage at the Democratic Convention in Charlotte.

“They’re trying to voucherize our healthcare and privatize our Social Security,” said a riled up Booker. “Their politics have become about politics, not about purpose and not about passion. …I’m proud to be a Democrat because it’s what we stand for.”

Although he was not in attendance today, Pallone’s name remains active as a potential 2013 gubernatorial candidate.

Sources say powerful South Jersey Democrat George Norcross III sees Pallone as a viable option, not so much because he feels a depth of devotion to the Long Branch congressman, but, arguably, because Pallone represents the second best chance after Booker to disrupt a possible candidacy by Norcross’s old foe, former Gov. Dick Codey.

As a pro-public sector workers union progressive, Pallone with South Jersey and other organizational backing would be able to credibly play for Codey’s primary support system, say sources.

The trouble with the scenario, according to allies close to the congressman, is Pallone still hankers more for U.S. senator than governor and doesn’t envision running for governor and then bouncing back to run a year later for the U.S. Senate.

A notoriously bitterly divided city, Plainfield featured both local political camps mingling in the crowd in support of Obama, and Mayor Sharon Robinson-Briggs even welcomed her once and future nemesis Council President Adrian Mapp up for an Obama-sized hug in the name of Nov. 6th unity. 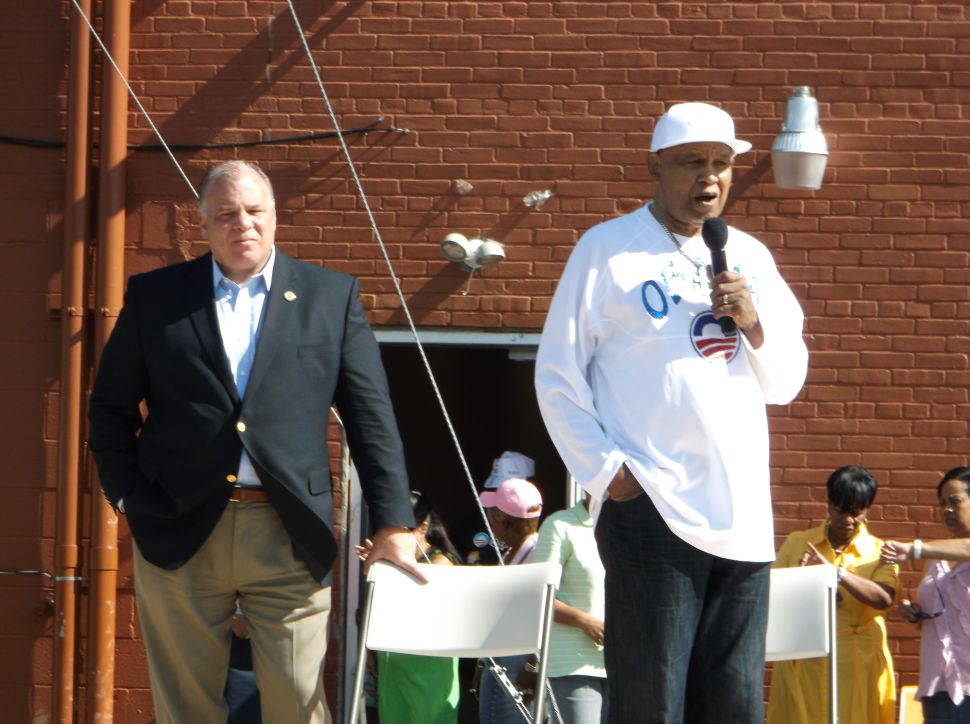