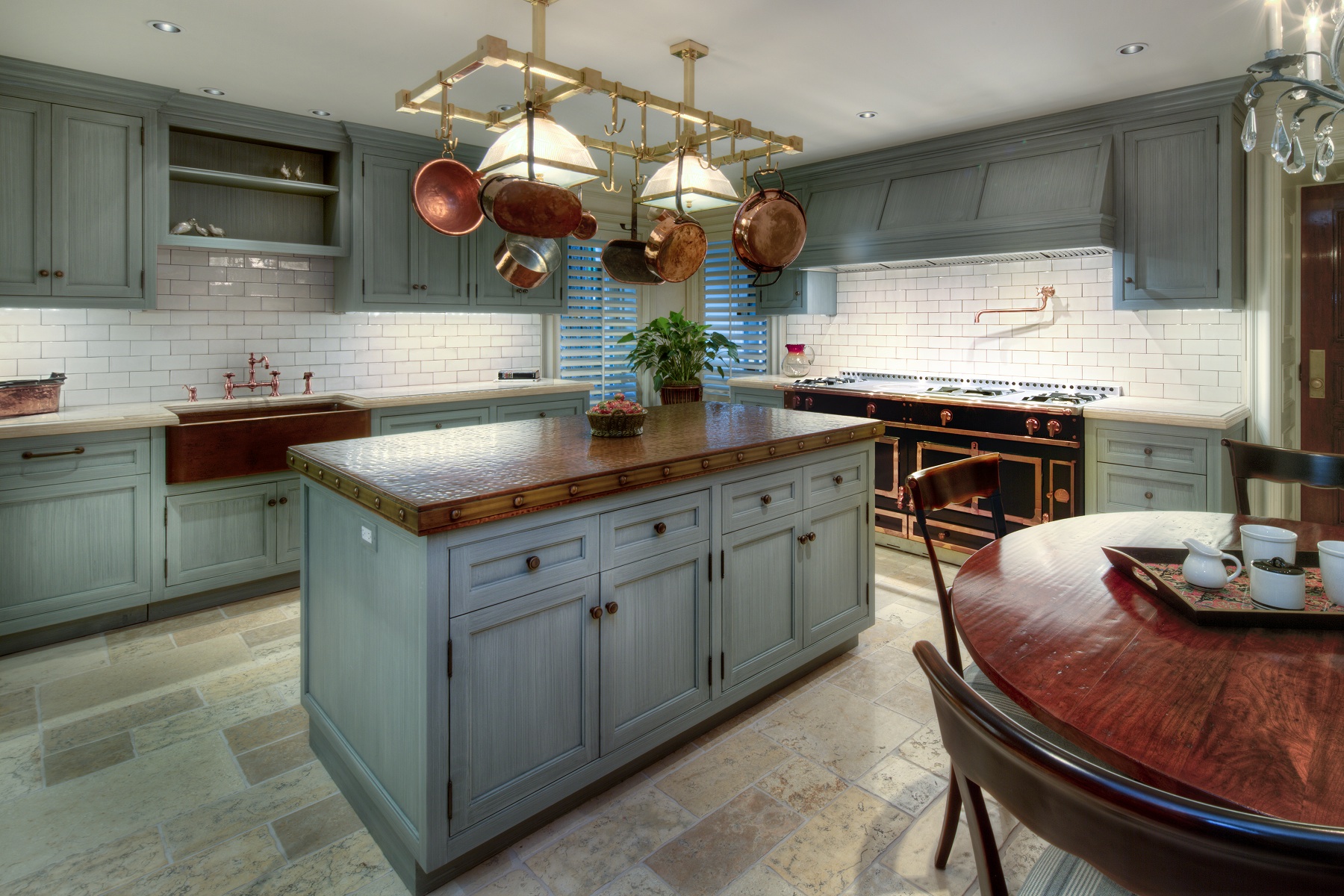 The range is from France and very, very unusual (as well as very, very expensive, we're sure). 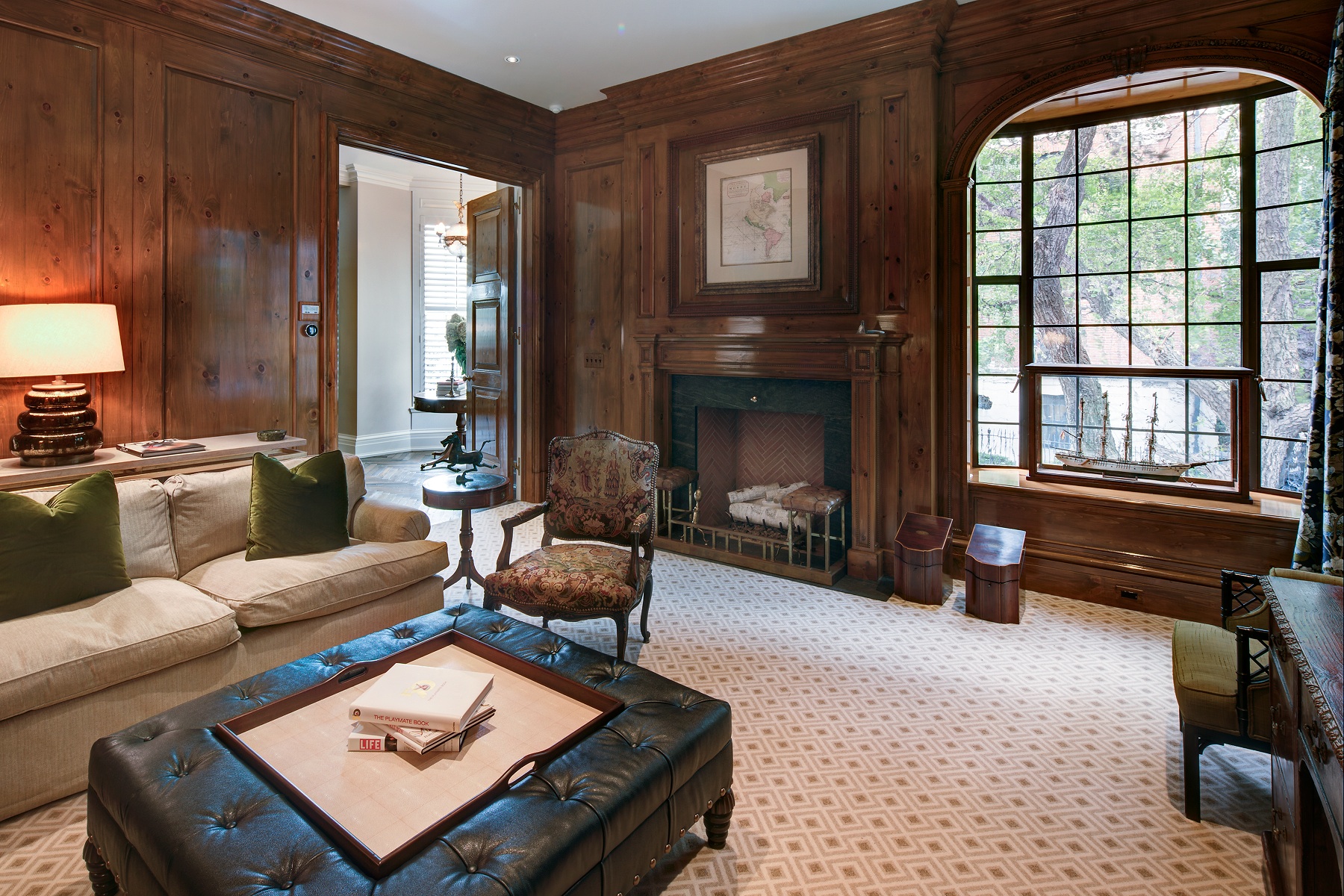 What light through yonder window breaks? 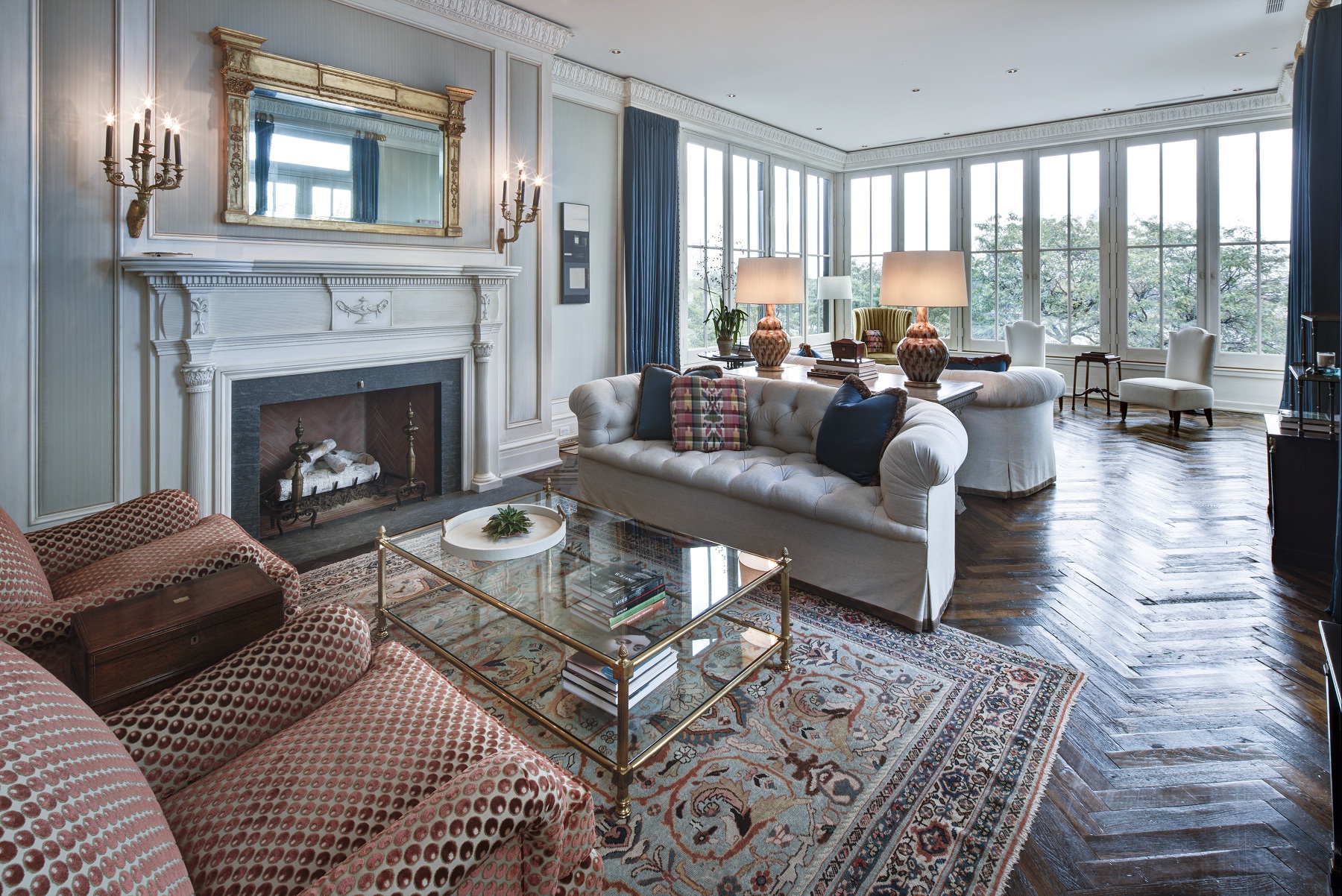 The East River! A welcome change of pace from the Central Park-adjacent trophy listings of late. 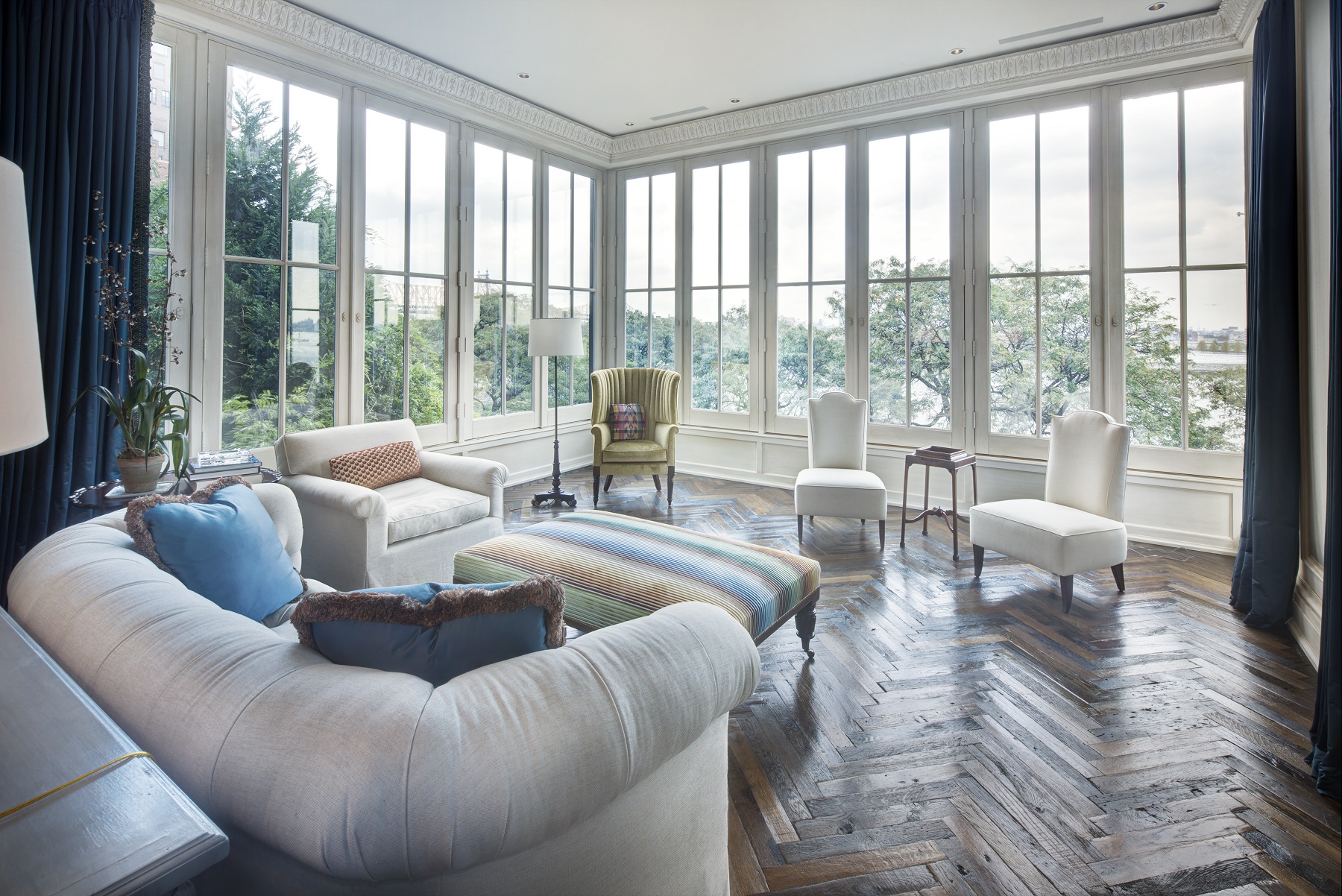 There is definitely a country manor vibe about the place.
Advertisement 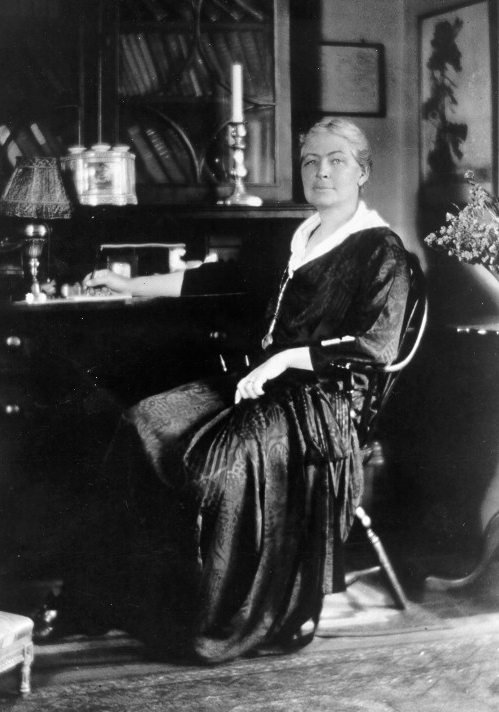 The trend setter at work. 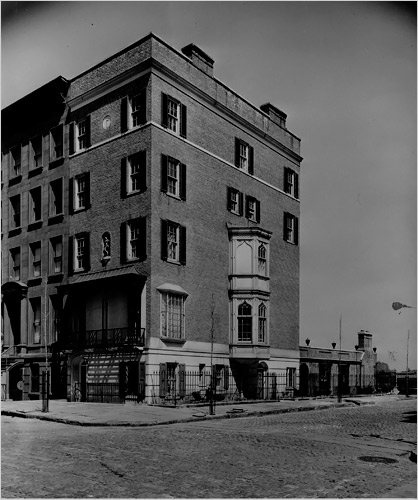 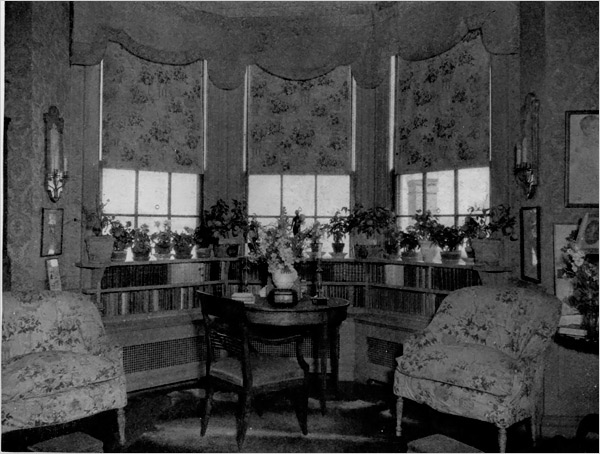 Ms. Shipman's drawing room with its bay windows overlooking the River (Office for Metropolitan History via The Times) 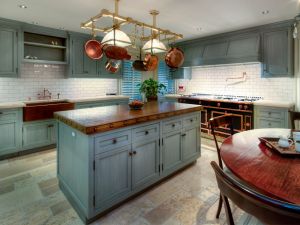 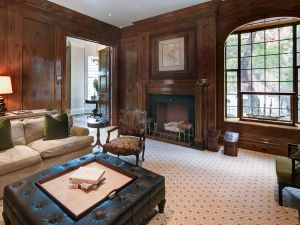 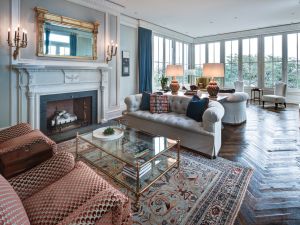 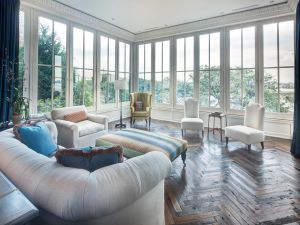 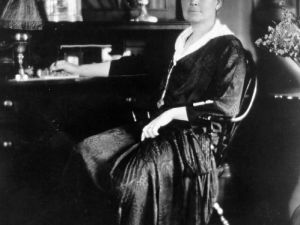 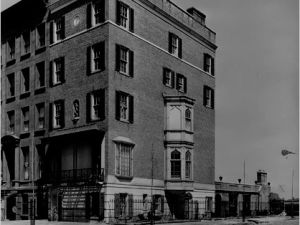 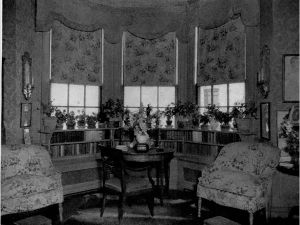 When it came to her Beekman Place townhouse, Ellen Biddle Shipman was not what you would call modest. “There is not in all New York another piece of property like it, for it has the seclusion of Beekman Place, southern exposure, beauty of architecture combined with the extended view of the East River,” the famed landscape architect boasted of the brownstone that she bought in 1919 and renovated so thoroughly that it had become a red brick townhouse seven years later.

Now, Ms. Shipman’s house at 21 Beekman Place is looking for a buyer, with the seller betting that someone will be similarly awed by the townhouse’s charms to spend $48.5 million. It’s a price that might have shocked Ms. Shipman, but one that won’t cause today’s trophy hunters to bat an eye. As for Ms. Shipman, she knew a trend when she saw one. In fact, she had a habit of setting them off, causing something of a craze for East River abodes when she declared Beekman Place the place to be.

“This woman was so ahead of her time,” said Paula Del Nunzio, the Brown Harris Stevens broker who has the listing, noting Ms. Shipman’s keen eye for the country-like charms of Beekman as well as her groundbreaking work in landscape architecture.

So what of Ms. Shipman’s glorious gardens? Alas, the plantings, like much of the landscape architect’s interior handiwork were obliterated by the occupants who lived in the mansion after she sold it in the 1940s, among them the Florida businessman William Rupp, who installed a four-foot-high monogram on the front gate and built a wall specifically to block his neighbor’s view of the river (both were quickly dispatched by the current owner). When financier Peter Novello bought the house for $10.6 million in 2008, The New York Times reported that the only interior features that remained were a pair of blind arches sunk into the walls of Ms. Shipman’s former breakfast room.

After Mr. Novello’s renovation, however, the five-story house looks much like it might have in Ms. Shipman’s day, antique oak flooring in a chevron pattern, a curved stair and a library with a fireplace and pine paneling, as well as one of Ms. Shipman’s most celebrated design innovations—a conservatory surrounded by light on three sides.

Ms. Del Nunzio said the house’s position on the quiet street (one of the quaint details Ms. Shipman loved) provides for “extraordinary light,” with exposures on the East, West and South and views of the East River from almost every room.

The master bedroom has bay windows, custom closets, and a marble bath. Just down the hall are the conservatory and one of the home’s two terraces (there’s also a rooftop garden).

And, fortunately, the home has been outfitted with all the modern conveniences, among them a six-burner LeCornu range from France, twin Sub-zero refrigerators and a Nest thermostat system that allows the owners to control the home’s temperature and lighting remotely and learns, over time, their preferences. One hardly needs a household staff these days!