In late January, the comedienne and former sitcom star Roseanne Barr declared her intention to run for president on the Green Party line. Ms. Barr’s Green Party bid ultimately proved unsuccessful after Massachusetts doctor Jill Stein secured the party’s nomination at its convention in July. Now, Ms. Barr is continuing her quest for the White House as a candidate for the Peace and Freedom Party with anti-war activist Cindy Sheehan as her running mate. However, Ms. Barr may not have tied up all the loose ends associated with her first campaign.

Anita Stewart, who said she served as Press Secretary Ms. Barr’s Green Party bid, told Politicker she is owed $4,300 for her work on the campaign. Ms. Stewart claimed she has spent nearly the past three months fighting to get the money Ms. Barr agreed to pay her and said the delay in payment has caused her immense hardships. She said the situation is especially egregious given the fact Ms. Barr has made millions through her comedy and TV career and ranked as the second-highest-paid woman in showbiz (behind only Oprah Winfrey) during the final two years of her eponymous sitcom in the late nineties.

“Right now, I’m living below poverty level wages,” Ms. Stewart said adding that she has been unable to take care of medical expenses and has had trouble maintaining her car, which she needs to travel to and from work in the small town where she lives about fifty miles outside of Tampa, Florida.

Ms. Stewart described herself as a longtime activist who worked on Congressman Dennis Kucinich’s 2008 presidential campaign and serves as an elected official on the Hillsborough County Soil and Water Conservation Board. She said she started working on Ms. Barr’s presidential campaign in the last week of March and was introduced to Ms. Barr by former congresswoman and 2008 Green Party presidential candidate Cynthia McKinney, who was also working on the campaign and knew Ms. Stewart from their work with the Greens.

On April 5, Ms. Stewart said she sent Joan Christian, the campaign’s treasurer, a job description that outlined her duties and stipulated her pay at $2,000 per month to be paid bi-weekly, if possible. Ms. Stewart gave a copy of this email to us. It said she would be responsible for “campaign website consulting,” social media, “press and media requests,” fundraising and “media research,” among other tasks, and that she would work for approximately eight to twelve hours each day on behalf of the campaign. According to Ms. Stewart, the campaign “verbally agreed” to this arrangement.

“They verbally agreed that they were going to pay me,” said Ms. Stewart. “That was the understanding, and because of the verbal agreement, and what I had emailed them and the fact that they had that in their possession, I had no questions about–I had no doubt that I was going to get paid, so I started to do the work.”

According to financial disclosure reports filed with the Federal Election Commission, Ms. Stewart was paid $1,000 on April 1 for “social media” and another $700 June 1 for “press release. At the end of June, Ms. Stewart said she stopped working because she had not been paid the remaining $4,300 for the three months of work.

Ms. Stewart provided us with an invoice she sent to the campaign on July 5. She said she re-sent the invoice one week later after not receiving a response to her first message. Ms. Stewart forwarded us another email she said she received from Ms. Barr after sending the invoice a second time. In that email, Ms. Barr offered to pay Ms. Stewart $1,500 and claimed it was her understanding Ms. Stewart had agreed to raise the funds for her own salary.

“cynthia said u got 1700 for the first month and u were told that u would need to raise the rest yourself, which did not happen-I am willing to pay you 1500 more-since its not my fault that no money was raised-thanks,” Ms. Barr wrote.

Ms. Stewart told us she never agreed to raise the money needed for her pay. She also claimed Ms. Barr promised to put $50,000 of her own money into the campaign and only contributed half of that amount. According to documents filed with the Federal Election Commission, Ms. Barr gave her campaign a $25,000 loan and raised just under $9,000. Ms. Stewart provided us with an email outlining her grievances entitled “Final Thoughts on the Campaign” that she said she sent to Ms. McKinney, Ms. Christian and other campaign staffers on July 17, three days after Ms. Barr lost the Green Party nomination.

“I was not a volunteer receiving a stipend and that was never the agreement. Roseanne was supposed to have $50,000 in her campaign account but only put in half of that. Now I am being blamed by Roseanne for funds not being raised during the campaign. How is that?” Ms. Stewart wrote. “I was Campaign Media and Press/Press Secretary, not a full time fundraiser. I agreed to assist with fundraising on the social networks but I never agreed to be the sole person doing that job.”

Nine days later, Ms. Stewart said she wrote another message to Ms. Barr and other campaign staffers in which she noted she had not received any response to her messages about payment and alluded to the possibility she might “seek legal counsel.” Ms. Stewart gave us a pair of responses she said she received from Ms. Barr in which the comedienne-slash-candidate accused her of extortion.

“I was going to pay u but your threats have ended it. My lawyers will contact yours. Let us know who is representing you. As you agreed and failed to raise your own money, good luck!” Ms. Barr wrote. “I am also going to pursue a defamation suit against you and alert the police that you are attempting to extort money from me, despite an agreement to raise your own funding which you failed to do.”

Ms. Stewart provided us with an email that she said she received from Ms. Barr’s attorney, Sandy Fox, the following day. In that message, Mr. Fox included a Settlement Agreement and Confidentiality and Non-Disclosure Agreement.

“Please review the agreement and, if acceptable to you, please arrange to sign it. We will then arrange for our client to pay you the monies you claim are due, i.e., $4,300,” he wrote.

Ms. Stewart said she asked for the agreement to be modified as it protected Ms. Barr from being sued by her, but didn’t give her similar protection from Ms. Barr. She said Mr. Fox sent her a revised agreement a little over a month later, but she decided not to sign it because she objected to the $4,300 payment being termed a “settlement.”

“They’re calling it a settlement, these are my wages. I worked for these wages,” said Ms. Stewart.

Ms. Stewart said she hasn’t heard from Mr. Fox since he sent the second non-disclosure agreement and still hasn’t received the money she is owed. She described the situation as especially troublesome since, throughout her career and especially during her White House run, Ms. Barr has characterized herself as a defender of the working poor. Based on her experience, Ms. Stewart believes Ms. Barr may be more interested in making a movie she is working on about her campaign experiences than in genuinely championing the causes she claims to be advocating for.

“I think Roseanne has forgotten where she comes from and I think we need to look at what this woman is worth and how she’s playing the system,” Ms. Stewart said. “She’s taking campaign funds and contributions, but is she really running a real campaign, or is her bottom line and her agenda really all about this movie she’s making? If that’s the case, then she’s really duped the people that are standing up for her, and voting for her and supporting her.”

Ms. Stewart said she waited this long to come forward because she “wanted to protect” Ms. Barr. She said she decided to share her story now because her situation has still not been resolved and she is concerned a similar thing may happen to people who work with Ms. Barr’s new Peace and Freedom Party campaign.

We reached out to Ms. Barr and her publicist, James Moore, for a response on this story. Mr. Moore responded with an email suggesting we get in touch with Ms. McKinney, Ms. Christian and Mr. Fox. We sent them all emails as well, however, as of this writing, we have yet to receive any responses. 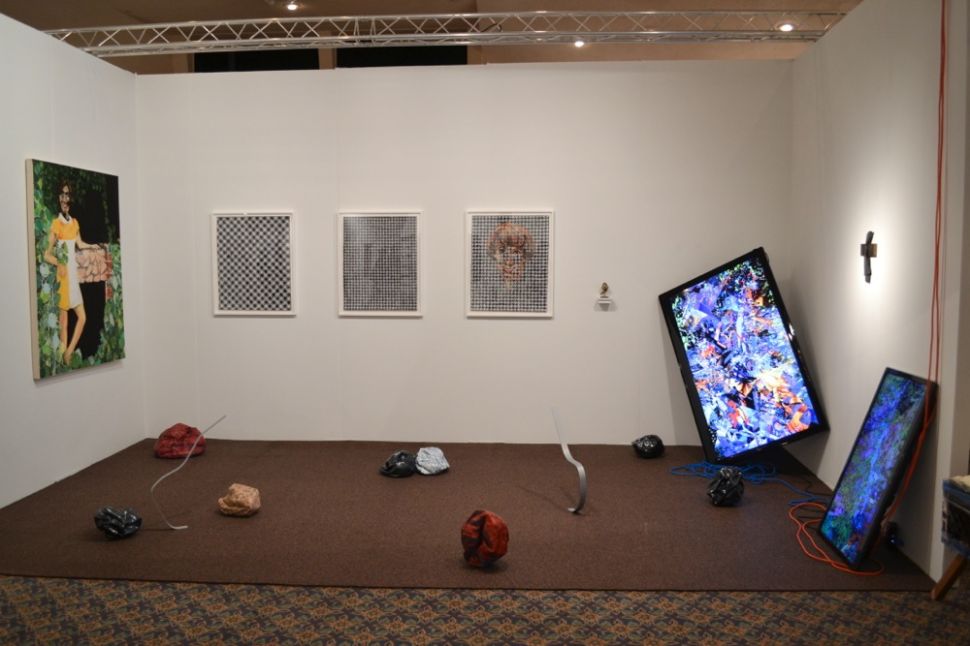