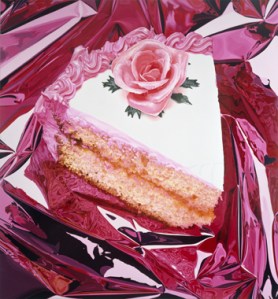 Before we sign off for the weekend, we want to thank you for reading Gallerist over the past year. The site turned one year old today. As a celebration of sorts, we have collected a few of our favorite moments from the past year—from Tracey Emin delivering a knockout book reading in the West Village to Henry Taylor helping save a woman’s life in Queens—in a list below, in chronological order. (Many of these articles appeared in the print edition of The New York Observer and since this is our first birthday, we included two that predate the start of the site.)

Thanks also to everyone who sent in tips and complaints, and has followed us on Facebook and Twitter over the past year. We hope you’ll continue reading.

After Shelley Duvall: Bjarne Melgaard on Curating at Maccarone
By Andrew Russeth | October 21, 2011

The Elephant in the Room: Maurizio Cattelan Is Retiring … Sort Of
By Sarah Douglas | November 1, 2011

Will Clifford Owens ‘Force a Sex Act’ on His Audience at MoMA PS1 on Sunday?
By Rozalia Jovanovic | March 8, 2012

Believe the Hype! How PR Took the Art World
By Rozalia Jovanovic | June 26, 2012