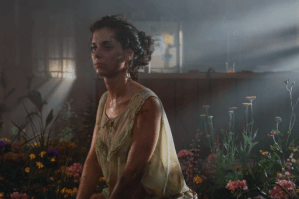 If you’ve ever wanted to get behind the scenes of one of Gregory Crewdson’s elaborately staged photographic sets, Gregory Crewdson: Brief Encunters, a new documentary by filmmaker Ben Shapiro, promises to provide access. And on Oct. 31, Film Forum will host its premiere.

And while you’ve most likely seen one his images, even if you’re not aware of it, you may not have heard him tell stories about being raised in Park Slope with a psychologist father or how the work of Diane Arbus, which he first encountered at the age of 10, influenced his future path.

The film, which has been quietly picking up awards at film festivals around the country, will have a two-week run at Film Forum. Be one of the first to weigh in. You can also get more of the inside scoop by checking out Mr. Crewdson and Mr. Shapiro who will appear in person on Nov. 1.