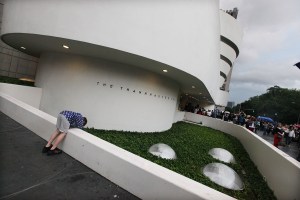 The Guggenheim announced that it will remain open late on most Sundays and Mondays during the run of its upcoming “Picasso Black and White” exhibition, from Oct. 5, 2012, through Jan. 23. Thank you, Richard Armstrong. Thank you.

Here’s hoping that the Guggenheim will make this a permanent change, and that other museums will consider extending their hours, following the lead of many European museums. The Louvre, for instance, is open until 9:45 p.m. on Wednesdays and Fridays, besting even the Met, which is open until 9 p.m. on Fridays and Saturdays.

With the Met mulling a plan to stay open seven days a week, this could be a golden age in terms of the accessibility of New York museums. At the very least, it’s nice to know we’ll all get a bit more time to see the Guggenheim’s Picasso show, which, with more than 100 works, seems likely to be a blockbuster.