Hackers do a lot for epic lulz, including trolling a credulous public in love with stories about improbable, Mission Impossible-worthy hacks. So we are skeptical of The Daily Dot’s article about anonymous (we don’t yet know if that word should be capitalized) Pastebin posts claiming GOP presidential contender Mitt Romney’s infamously withheld tax returns have been snagged by hackers and are being held for ransom.

The authors of the Pastebin missives say Mr. Romney’s returns will be released to the public on September 28 unless the hackers are given a Bitcoin ransom equal to $1 million in U.S. dollars.

In case you think the Mission Impossible allusion is hyperbole, just read how the Romney tax return kidnappers claim they snagged the documents:

Romney’s 1040 tax returns were taken from the PWC office 8/25/2012 by gaining access to the third floor via a gentleman working on the 3rd floor of the building. Once on the 3rd floor, the team moved down the stairs to the 2nd floor and setup shop in an empty office room. During the night, suite 260 was entered, and all available 1040 tax forms for Romney were copied. A package was sent to the PWC on suite 260 with a flash drive containing a copy of the 1040 files, plus copies were sent to the Democratic office in the county and copies were sent to the GOP office in the county at the beginning of the week also containing flash drives with copies of Romney’s tax returns before 2010. A scanned signature image for Mitt Romney from the 1040 forms were scanned and included with the packages, taken from earlier 1040 tax forms gathered and stored on the flash drives.

One can almost see Tom Cruise doing his patented karate-chop run away from the accountant’s office.

However, it might be a little premature to call bullshit on these claims–as this article published today in The Tennessean makes clear, the hackers aren’t lying about distributing packages to PricewaterhouseCoopers’s office in upscale Franklin, Tenn.:

The Williamson County Republican Party this morning notified police about a package received last week that claims to include copies of Republican presidential nominee Mitt Romney’s tax returns hacked from an accounting office in Franklin.

A letter in the package corresponds to an incredible claim posted anonymously on a website popular among computer hackers that boasts of having downloaded copies of the tax returns obtained by hacking into systems via PricewaterhouseCoopers’ Franklin office.

The meatspace effort in Franklin lacked some of the imagined elegance of the alleged operation to steal the tax returns. For example, the manila package came with a handwritten note “For Rep Learders” (sic) written on it. As Williamson County (TN) Republican Party director Jean Barwick told The Tennessean:

We’ll wait for the other shoe to drop, which it probably won’t. But it’s fun to imagine PricewaterhouseCooper staffers asking, “What the hell is a Bitcoin?”

UPDATE: BuzzFeed reports that PricewaterhouseCooper (PWC) is taking the hackers’ claims seriously enough to consult with the feds. BuzzFeed’s John Herrmann–clearly as big a fan of Mission Impossible comparisons as we are–quotes PWC’s communications director Chris Atkins, who told BuzzFeed that the firm is “aware of the allegations that have been made regarding improper access to our systems.” PWC is “working closely with the United States Secret Service,” said Mr. Atkins, but at the moment “there is no evidence that our systems have been compromised.” BuzzFeed tried to press Mr. Atkins on how seriously the firm takes the hackers’ assertions but he wouldn’t elaborate. 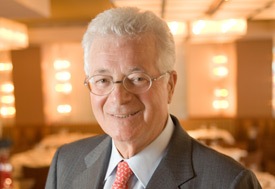