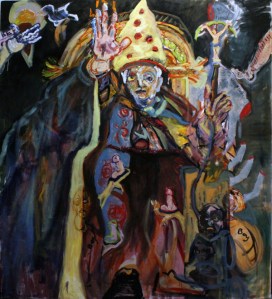 The week after next, the Lower East Side’s Half Gallery will open “Hearsay,” a show of work by three female artists in their twenties. The show will feature the work of downtowner Jeanette Hayes, recent Carnegie Mellon graduate Jay Miriam and Girls star Jemima Kirke, a RISD grad and painter who has always described herself as an accidental actor.

“All three painters in the show have a butch bravado to their work I really find interesting,” Half Gallery co-owner Bill Powers wrote in an e-mail. “They all paint in very different styles but it’s all a form of portraiture, however abstracted.”