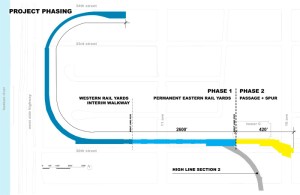 Plans for the High Line extension. (Courtesy High Line at the Rail Yards)

Yesterday, little kids gathered to toss native plant seeds onto wild terrain at the High Line. Along with city officials and High Line advocates, the tots were celebrating the groundbreaking for the development of the third and last stretch of the elevated park over Chelsea built around a defunct rail trestle. The project, which costs $90 million, will open the park from 30th to 34th Streets around the proposed Hudson Yards development. The project will take place in three phases, with the first phase expected to be completed in 2014.

Some $10 million of funding for the project came from the Bloomberg administration and New York City Council. Related Companies and Oxford Properties Group committed $27.8 million in funding. And Friends of the High Line will raise $20 million in philanthropic funding.

The first two lengths of the High Line—Section 1 extends from Gansevoort Street to West 20th Street while Section 2 connects West 20th Street to West 30th Street—opened to the public in June 2009 and June 2011, respectively, and are quite developed with contemporary art installations, food trucks and specially designed areas with great views of the water and the skyline. This new stretch, on the other hand, will remain somewhat wild, allowing people to experience the railway tracks and the Hudson River.

Check out the site for more pictures and details of the plans for the project. 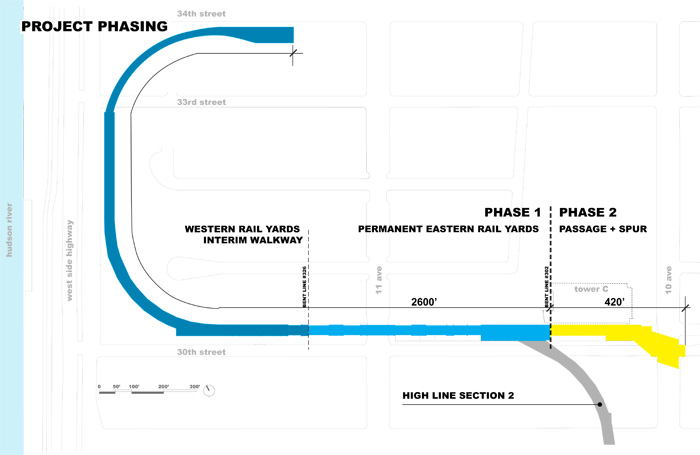