“From the beginning, this debate has been marred by backroom political deals and illusory savings proposals,” said DeNicola, a Republican ally of Bergen County Executive Kathe Donovan. “This is completely backwards, we should be using the County Police to consolidate and share more costly local policing functions, which is the current trend in the state. The Freeholder Board should not be playing politics with our County Police. The public came to the listening tour meetings expecting to receive information about how disbanding the County Police would lower their taxes or improve public safety. Instead, they got nothing but a lot of blank stares from elected officials who should have provided answers.”

The issue has exposed fractures within the GOP as incumbent Freeholder Rob Hermansen and his running mate head toward Election Day.

Mitchell and Bergen County GOP Chairman Bob Yudin support consolidation, but throughout months of the contentious debate on the issue, no one produced a police realignment plan, the freeholder said.

“Now we are to believe that in three weeks the proponents of disbanding the County Police Department are going to cobble together a credible plan and throw it before the Freeholder Board for consideration,” she said. “If the police issue has merit today, it will have just as much in November or December. Right now our energies should be focused on ensuring the safety of our residents, not on the political side show that the police consolidation proposal has become.” 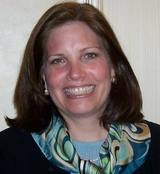