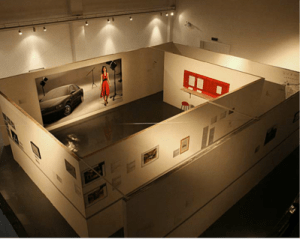 Independent Curators International has announced the nominees for its 2012 Independent Vision Curatorial Award, a prize given biennially that rewards emerging and mid-career curators who have shown, in a recently curated project or exhibition, according to a released statement, “exceptional creativity and prescience in their exhibition-making, research and related writing.”

The nominees were selected by a 15-member panel of distinguished international curators, including Franklin Sirmans, chief curator of contemporary art at the Los Angeles County Museum of Art; Nancy Spector, chief curator of the Guggenheim; RoseLee Goldberg, founding director of Performa; Matthew Higgs, director and chief curator of White Columns; and Jens Hoffmann, director of the Wattis Institute for Contemporary Arts. The recipient of the award, who will also walk away with a $4,000 stipend, will be selected by Hans Ulrich Obrist, the director of international projects at the Serptentine Gallery in London.

Anna Colin, Independent Curator and Critic, based between Paris, France and London, England

Cesar Garcia, Founder and Director of The Mistake Room, Los Angeles and U.S. Commissioner for the 13th International Cairo Biennale (2012), based between Los Angeles, CA, USA and Mexico City, Mexico

Lara Khaldi, Director, Khalil Sakakini Cultural Centre, Ramallah and co-curator of the Jerusalem Show, based between Jerusalem and Beirut, Lebanon