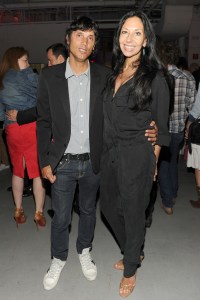 Dutch photographers Inez van Lamsweerde and Vinoodh Matadin, known for their outré fashion shoots and celebrity portraits, have signed on with Gagosian. The 12-gallery empire announced the news in a release to press.

Inez & Vinoodh, as they’re known, had previously shown in New York at the Matthew Marks Gallery. They have also done shows in London at Victoria Miro and White Cube, and had a 25-year retrospective at the Foam Fotografiemuseum in Amsterdam in 2010.

The move represents something of a trend for Gagosian, which has begun representing a few notable photographers lately. Though Alec Soth moved to Sean Kelly Gallery in 2011, over the past few years the gallery has begun working with Andreas Gursky (another practitioner formerly represented by Marks) and the foundation of the late fashion photographer Richard Avedon.