There are three pieces to Intro 730. The first requires HPD to post on its website the standards it uses in selecting contractors who are pre-qualified to do jobs with the department, as well as what firms have been qualified and those who have been disqualified for a myriad of issues, from bad work to bad wages. The second requires the department to list all of its projects on a quarterly basis, who is working on the project, how much subsidy it is receiving, any problems with the project and so on.

HPD has already taken steps to comply with these parts of the law, putting the information online with the plans to update it on a regular basis, though not every quarter, as currently requested by the council. As for the issue of responsible actors the bill is meant to target and root out, the department launched its Enhanced Contractor Review Procedure earlier this year. It has since identified 11 contractors who either had issues with construction quality or wage issues. They undergo increased monitoring of their work, though HPD also stresses that they are not immediately 86’d, because mistakes happen and everyone deserves a second chance.

“It’s not like we want to work with bad contractors, they’re just as bad for us as everybody else,” Mr. Wambua said. “They hurt our bottom line and our work. And we are working to root them out.”

It is the third prong of Intro 730 that HPD and its partners take issue with. It requires all contractors on the department’s jobs to file detailed wage reports for every employee on a job. This includes not only how much money is paid to every worker but also a job description, details about the work performed, what jobs are being worked on when and so forth. Despite language in the bill to suggest otherwise, this goes beyond the level of reporting required by the State Department of Labor, requiring detailed accounting from both the department and its contractors.

It is the complexity of affordable housing that makes this especially challenging. On each of the hundreds of job sites around the city, a contractor hires subcontractors to address each part of the project—demolitions, foundations, plumbing, heating, ductwork, and so on. In turn, these subcontractors may bring on additional subcontractors to assist them with different parts of their work, to speed things up. Three different subs may be used to hang drywall, and then they might hire two additional subs among them to do half that work part of the time if they need assistance.

This is done to encourage local hiring, a mandate of HPD, to keep costs down and to speed up work. For a contractor to gather up all this information would require at least one dedicated full-time accountant, constantly monitoring the wages on a site from day to day. It is a cost many of the smaller firms fear they would be able to afford.

“I’m barely competitive with my bigger peers,” Karim Huston, principal of the Genesis Companies said. “Any added costs, and I won’t be able to compete.”

According to the New York State Association for Affordable Housing, an industry group known as NYSAFAH, the new requirements could add some $40 million in costs to the field of affordable housing in the city. With 200 to 250 jobs going on a year, wage monitoring would cost about $150,000 per job, with the addition of some to track them at $50,000. “And we think that is a conservative estimate,” Alison Badgett, NYSAFAH’s executive director said. HPD predicts it would cost the department an additional $2 million a year to collect and store all this data through the hiring of new staff and the implementation of a system to track it.

The fact is, this level of reporting approaches that required for union jobs. On some of its more complex projects, known as prevailing wage jobs, HPD actually does do this level of accounting, but both the department and the contractors get additional funding from the federal government to do the work, which accounts for less than 20 percent of all HPD jobs.

Critics of the department, and particularly the labor unions, argue that a lack of reporting allows contractors to take advantage of the workers on their site. “Look, why would they be fighting this so hard if they weren’t trying to hide something,” Mr. Weiss said. “These guys are trying to cheat the system, and they’re not going to get away with it any more.”

It seems possible that as the wage requirements get closer to that of the unions, the bigger contractors may decide it is easier to simply work with them than deal with the problems of doing non-union work and then potentially being hassled by the unions, which have a history of picketing sites they find unsuitable to their standards. Think of all the inflatable rats that have been deployed across the city over the years

This is one of the greater fears of the wage reporting requirements within the bill. There is no clear explanation of what the information will be used for or even why the council wants it. The belief among the affordable housing industry is that it will allow the unions to dig through the documents looking for firms who have made reporting errors—even a simple mathematical mistake can get a firm put on a list of disqualified firms, also a new provision of the bill that would bar them from working with HPD in the future.

Even for developers and contractors willing to spare the expense of compiling all the necessary wage statistics, the threat of having your work stalled and even being disbarred from working with HPD almost makes it not worth the trouble. Especially when working with a unionized shop would simply solve that problem. But is it really worth it to give in?

Former Comptroller Bill Thompson, who is running for mayor next year, believes the idea is to complicate matters for everyone but the unions. “It just doesn’t make sense why you would want to add additional red tape, especially during difficult financial times,” he said in an interview. “Why add to that burden at this time?” 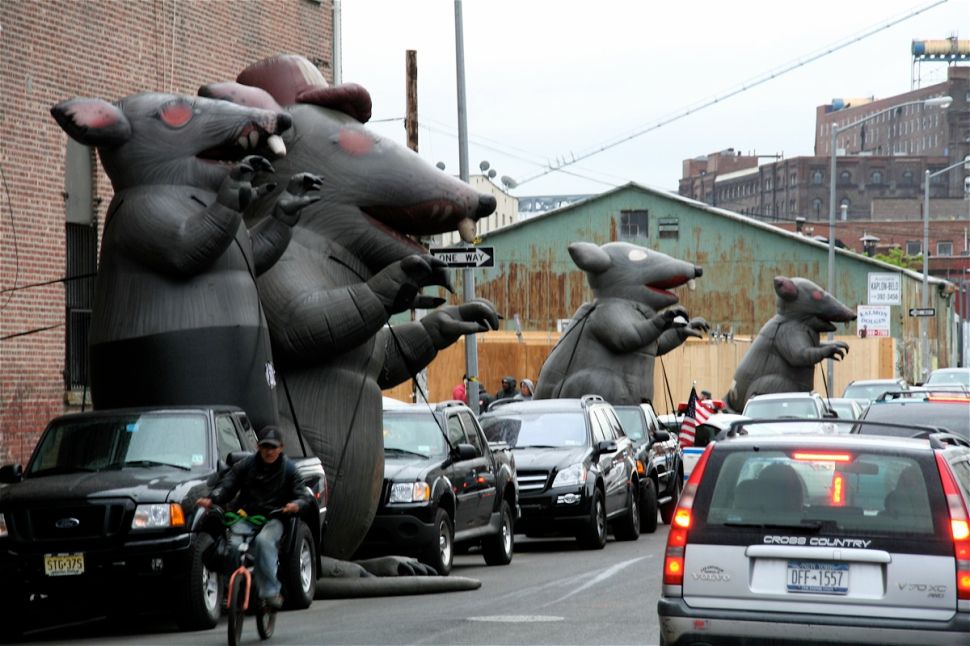