Jack White is playing a pair of shows at Radio City Music Hall this weekend and last night’s sold out concert was short on songs and long on drama. The former White Stripes frontman abruptly left the stage after an hour prompting a crowd of irate fans to take to the streets.

The Observer was in attendance for pleasure rather than business, but once things got weird, we got to work. But, despite our best efforts, we’re still not entirely sure what happened.

Mr. White’s show began with a rollicking set featuring songs from his recent solo album, Blunderbuss, and tracks from his bands: The White Stripes, The Raconteurs and The Dead Weather. From our seat in the nosebleeds, it seemed as though Mr. White’s music was enthusiastically received by the crowd. However, after about 45 minutes, Mr. White suddenly left the stage.

Thinking this was the standard concert tease that often occurs prior to an encore, the vast majority of the audience remained, clapping and cheering in an effort to encourage Mr. White to retake the stage. After more than 20 minutes, all of the house lights were turned on and ushers began to make their way through the crowd informing them the show was finished.

“The show is over. We don’t know why. You’ll probably find out on a blog, MediaTakeOut or some other source,” one said.

This early ending clearly did not sit well with the crowd.

As fans, who paid a minimum of $40 to attend the concert, filed out the venue we heard (and may have even participated in) chants of “Fuck Jack White!” and “This is Bullshit!” In the lobby, we witnessed multiple attendees angrily returning merchandise they had purchased at the show.

Outside Radio City, a group of more than 100 people began to gather outside the main backstage exit booing and demanding answers as to why the show concluded so abruptly. Security quickly erected barricades and began pushing the crowd back. In addition to banging on parked cars and the repeated shouts of “Fuck Jack White,” we overheard a few more inventive bits of invective.

“Bababooey!” someone else yelled, perhaps inevitably.

The mini-mob became more enraged when deliverymen showed up to bring multiple pizza pies back stage. As Radio City staffers and others left the exit they were barraged with questions from the crowd. Most remained silent, but one man in a Radio City t-shirt was slightly more forthcoming.

In addition to the boos and shouts, rumors flew through the crowd. We spoke to multiple people who claimed Mr. White had several angry exchanges with a shirtless man in the front row. They said the man who provoked Mr. White’s ire was subsequently removed by security. Others claimed Mr. White shouted something before leaving the stage. From our seats in the second to last row of the theater, we hadn’t seen anything amiss. A post from BuzzFeed Music, seemingly without basis, blamed the situation on Mr. White’s rage at scalpers also circulated throughout the crowd.

After about an hour, the group outside Radio City thinned to about 50 angry diehards. Along with the rumors, the situation provoked a flurry of frenzied tweets. One hashtag, #JackWhiteDebacle, which was coined by the inimitable @Blabbeando, quickly generated more than 50 postings.

Many in the crowd speculated Mr. White was displeased with the response he got from the audience.

“Jesus Christ, is this an NPR convention?” Mr. White asked at one point during the show.

However, having seen Mr. White twice before, mocking the crowd to get louder seems to be part of his regular repertoire.

Eventually, a member of the Radio City security team provided us with an answer.

“He wasn’t happy with the sound,” the man said when we asked if he knew why the show seemingly ended so early. “I don’t know why he pulled that.”

He added that Radio City staffers expected the evening to last much longer.

Since we had a seemingly credible answer and our companion was very eager to get home, we decided to head to the subway rather than remain at the venue attempting to continue deciphering the reasons for Mr. White’s diva-like departure. We sent an email to his publicist asking for an explanation, but, as of this writing, we have yet to receive a response. 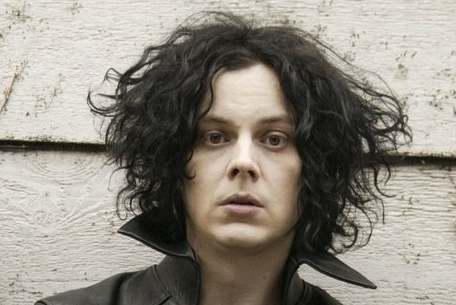