Healthy Hills? Everyday Health, the SoHo-based and more successful version of WebMd, has acquired EQAL, the creators of Lonelygirl15 and the owners of LaurenConrad.com. Everyday Health’s ad revenue grew 40 percent in the first quarter, compared to WebMD’s decline of 20 percent. This coincides with Everyday Health’s announcement that they’re moving beyond YouTube and launching a version of it’s web show “Recipe Rehab” for ABC stations around the country.

Diller Brings Back Dog Ben Silverman’s multimedia entertainment studio Electus, part of Barry Diller’s IAC, just sold ten episodes of a new show starring Dog the Bounty Hunter and his wife Beth to CMT. “Dog and Beth are not only great television characters,” said Electus CEO Chris Grant, “They are the best bounty hunters in the world, and this show is a natural evolution of their life story.”

Exit This Way Indeed, which describes itself as “the #1 job search engine worldwide,” has been acquired (for a rumored $750 million to $1 billion price tag) by Recruit Co. Ltd, a large-scale Japanese HR company with over $10 billion in revenue. Rony Kahan, co-founder of Indeed, says that half of the site’s traffic comes from outside the U.S and that they see this buyout to further that.

Thrillist on the LES Jackthreads, owned by Thrillist, just launched Goodale’s Fall 2012 collection. Swedish singer/songwriter Sebastian Mikael modeled the clothes at the Lower East Side’s Hotel Chantelle. There are a few days left of the heavily discounted sale. What, no Asher Roth seasonal playlist to shop by this time?

Shop Local Smallknot, the site that lets backers help small businesses get off the ground in exchange for rewards, had a pretty busy couple of weeks. They launched their first three Los Angeles businesses this week. The company partnered with Accion USA, a microlending company, to help fully fund A7, a Brooklyn-based shop that makes handcrafted leather camera straps. The team at Smallknot is also hard at work at a new product that will help small business owners get the word out about their products.

But It’s So Dead At Night The New York City Economic Development Corporation (NYCEDC) launched a competition called “Take the H.E.L.M.: Hire + Expand in Lower Manhattan.” The contest invites all companies that plan to either open or expand office space in Lower Manhattan in the next 12 months to apply for the opportunity to win a grand prize of $250,000. Twenty finalists will also will also receive $20,000 each. David Tisch and former Securities and Exchange Commission Chairman Arthur Levitt will join Reddit’s Alexis Ohanian as judges to pick the winner.

Will Hack For Food NYU’s Courant Institute will be holding a hackathon this weekend with over 300 hackers already planning to attend. It starts this Saturday at 2 p.m. and goes until Sunday at 2 p.m. Appetude will be providing free food at the event for sleep-starved participants.

Mongo Matriculation 10gen announced today that it will offer free online training courses for its parent company’s key product, MongoDB. The courses are open for registration now–there’s one for developers and one for administrators. Lead MongoDB developer Dwight Merriman will teach the first class that starts in early October. Learning MongoDB is apparently the second most wanted skill companies are looking for right now.

Très Fab Custom design shop, Fab, just expanded the site’s European version, which already has 2 million members. These updates essentially make the site just as fully functional as the U.S. version. There are already 200 Fab employees overseas. The company says that Fab Europe is on pace to represent about 30 percent of the company’s 2012 sales.

Changing That Ratio Women 2.0, a media company that offers resources for aspiring women in tech, just announced its partnership with Google. Their first effort together will be pumping up Women 2.0’s signature event, Founder Friday, a monthly networking meetup. Detroit and Mexico City will host the event on November 16th, followed by Sao Paulo, New Orleans, and Moscow later on. Mary Grove, head of entrepreneurship outreach at Google, said, “We’re looking forward to hosting these important gatherings in Google offices around the world and working together to help female entrepreneurs turn their ideas into innovative, sustainable businesses.” No word yet on whether the gift bag includes What Would Marissa Mayer Do? bracelets. 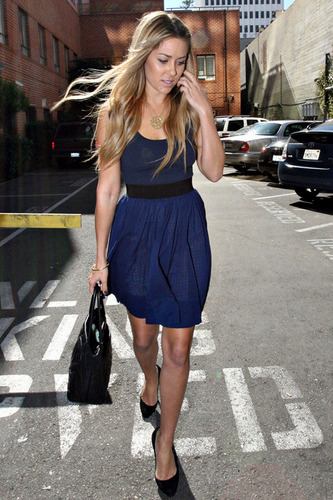