Good news for anyone who loves Mitt Romney impressions! Saturday Night Live cast member Jason Sudeikis–who was long rumored to be the third person exiting NBC’s late night show after last season, but was then beaten to the punch by Abby Elliott–will be returning for the 38th season.


This news comes on the heels of an announcement about the three new cast members, including the first-ever plus-sized actress on SNL, Aidy Bryant.

According to Lorne Michaels, Mr. Sudeikis isn’t guaranteed to stay on SNL all season, but will be there “at least until January,” giving the actor enough time to perfect his Romney concession speech before gracefully exiting, stage left. 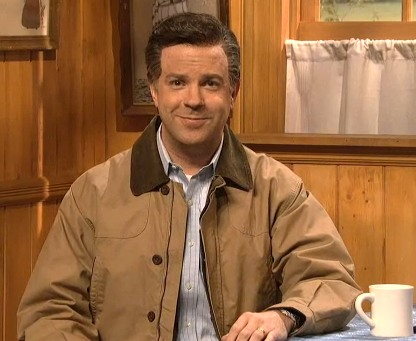